Vienna has been an important center of musical innovation. 18th- and 19th-century composers were drawn to the city due to the patronage of the Habsburgs, and made Vienna the European capital of classical music. Joseph Haydn, Wolfgang Amadeus Mozart, Ludwig van Beethoven, Franz Schubert and Johann Strauss II, among others, were associated with the city, with Schubert being born in Vienna. During the Baroque period, Slavic and Hungarian folk forms influenced Austrian music. Vienna's status began its rise as a cultural center in the early 16th century, and was focused around instruments including the lute.

Yodeling, a form of singing that involves rapid and repeated changes of register, was developed in the Alps. What Austria called it was "juchizn".

Falco was the most popular Austrian solo artist throughout the 1980s. His song "Rock Me Amadeus" reached the Billboard Hot 100 in 1986. His sudden death in 1998 in the Dominican Republic catapulted his music from the 1980s once again into the spotlight.

Although Austria is not exactly the biggest exporter of international rock and pop-bands, there are a few notable musicians and bands. Opus also made it in the charts worldwide as well. In the last few years, several music groups toured Europe and had commercial success in the international charts. The most prominent being Christina Stürmer. SheSays, who supported Bryan Adams on his European tour and some other bands like AOR, and Cornerstone, are notable for their recent contributions.

Drummer Thomas Lang was born in Vienna in 1967, and has played with artists such as Robert Fripp, Geri Halliwell and Robbie Williams.

One of the few international touring bands is Killed By 9V Batteries and Gasmac Gilmore [1] from Vienna.

The Vienna Philharmonic is a world-renowned classical music ensemble and tours throughout the year all over the world. Their New Year's Day concert held in Vienna every year in the Musikverein is one of Europe's most important classical concerts during the year.

There is a vital electronic music scene in Austria. Groups and artists include Parov Stelar, Bernhard Fleischmann, Kruder and Dorfmeister and Elektro Guzzi. Drum 'n' Bass also has a healthy reputation, with internationally successful Artists like Camo & Krooked, Disaszt, Ill.Skillz and Mefjus.

Neue Deutsche Härte (New German Hardness) is most popular in Austria and the rest of the German Sprachraum. Notable bands include Stahlhammer and L'Âme Immortelle, both of which have had some international success. The German band Samsas Traum is now based in Austria as well.

At 2014, Conchita Wurst won the Eurovision Song Contest representing Austria. Conchita Wurst is a drag queen portrayed by Thomas "Tom" Neuwirth, which sparked some controversy. Following the win, the 60th anniversary Eurovision was held in Vienna in 2015. This was the second Eurovision contest to be held in Austria, first one being in 1967, after the winning performance Merci, Chérie by Udo Jürgens.

Algerian music is virtually synonymous with Raï among foreigners; the musical genre has achieved great popularity in France, Spain and other parts of Europe. For several centuries, Algerian music was dominated by styles inherited from Al-Andalus, eventually forming a unique North African twist on these poetic forms. Algerian music came to include suites called nuubaat. Later derivatives include rabaab and hawzii.

The music of French Polynesia came to the forefront of the world music scene in 1992, with the release of The Tahitian Choir's recordings of unaccompanied vocal Christian music called himene tārava, recorded by French musicologist Pascal Nabet-Meyer. This form of singing is common in French Polynesia and the Cook Islands, and is distinguished by a unique drop in pitch at the end of the phrases, which is a characteristic formed by several different voices; it is also accompanied by steady grunting of staccato, nonsensical syllables.

The music of Bahrain is part of the Persian Gulf folk traditions. Alongside Kuwait, it is known for sawt music, a bluesy genre influenced by African, Indian and Persian music. Sultan Hamid, Ali Bahar and Khaled El Sheikh are among the most popular musicians from Bahrain.

The Comoros is a group of islands in the Indian Ocean, mostly an independent nation but also including the French territory of Mayotte. It is historically linked to both East Africa and France, and now has a strong Malagasy influence. Zanzibar's taarab music, however, remains the most influential genre on the islands, and a Comorian version called twarab is popular. Leading twarab bands include Sambeco and Belle Lumière, as well as singers including Chamsia Sagaf and Mohammed Hassan.

Seychelles, which is an independent island chain in the Indian Ocean, has a distinct kind of music. Folk music incorporates multiple influences in a syncretic fashion, including English contredanse, polka and mazurka, French folk and pop, sega from Mauritius and Réunion, taarab, zouk, soukous moutya and other pan-African genres, as well as Polynesian and Indian music. A complex form of percussion music called Kanmtole is popular, along with combinations of Sega and Reggae called Seggae and combinations of Moutya and Reggae called Mouggae, as is Montea, a fusion of native folk rhythms with Kenyan benga developed by Patrick Victor. Jean Marc Volcy is another famous Seychellois musician who has brought a modern touch to traditional music. He has several albums including Sove Lavi.

The music of Rwanda encompasses Rwandan traditions of folk music as well as contemporary East African Afrobeat and Congolese ndombolo, and performers of a wide variety of Western genres including hip-hop, R&B, gospel music and pop ballads.

Burundi is a Central African nation that is closely linked with Rwanda, geographically, historically and culturally. The drum such as the karyenda is one of central importance. Internationally, the country has produced the music group Royal Drummers of Burundi.

São Tomé and Príncipe is an island country off the coast of Africa. Culturally, the people are African but have been highly influenced by the Portuguese rulers of the islands.

The traditional music of Tuvalu consists of dances, including fatele, fakanau and fakaseasea. The influence of the Samoan missionaries sent to Tuvalu by the London Missionary Society from the 1860s resulted in the suppression of songs about the traditional religions or magic and many songs were lost. As the influence of the missionaries diminished in the 20th century the traditional dances were revived and the siva dance tradition from Samoa also became popular. The fatele, in its modern form, is performed at community events and to celebrate leaders and other prominent individuals.

Lagani Rabukawaqa is a pop musician from Fiji who achieved fame in Oceania in the 1980s. 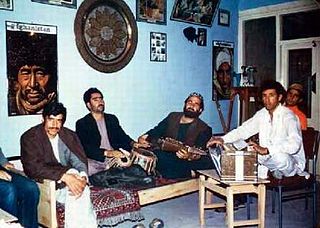 The classical music of Afghanistan is called klasik, which includes both instrumental and vocal forms (ghazals). Many ustad, or professional musicians, are descended from Indian artists who emigrated to the royal court in Kabul in the 1860s upon the invitation of Amir Sher Ali Khan.

From independence to the start of the American Civil War, American music underwent many changes. The folk vernacular traditions diversified and spread across the nation, while a number of prominent composers of European art music also arose.

The latter part of the 19th century saw the increased popularization of African American music and the growth and maturity of folk styles like the blues.

Bolel is a style of Ethiopian music that evolved out of the Azmari musical tradition in Addis Ababa and elements of modern urban culture. The word bolel is a corrupted form of the word meaning dust, in reference to the bad roads of the rural countryside.

Songo-salsa is a style of music that blends Spanish rapping and hip hop beats with salsa music and songo. Well-known exponents include Bamboleo and Charanga Habanera.

Ritmo Kombina is a style of popular Dutch Antillean music, influenced by zouk and soca music. The lyrics of combined rhythm are generally in the local Papiamento language.

Canboulay is a precursor to Trinidad and Tobago Carnival. The festival is also where calypso music has its roots. It was originally a harvest festival, at which drums, singing, dancing and chanting were an integral part. After Emancipation (1834), it developed into an outlet and a festival for former indentured laborers and freed slaves who were banned from participating in the masquerade carnival events – derived from European Christian traditions – of the colonial elite, and whose drums and religious observances were also outlawed in the late 19th century. Consequently, Canboulay has played an important role in the development of the music of Trinidad and Tobago, for it was the banning of percussion instruments in the 1880s that led to the surreptitious innovations that gave birth to steelpan music. It is re-enacted in Port of Spain each Carnival Friday in Trinidad. 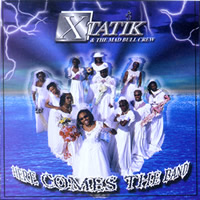 Here Comes the Band is an album by Trinidadian Soca artist Machel Montano and his band Xtatik released in 2000. The album's 22 tracks feature different singers on each, with the album covering a diverse range of styles. Allmusic writer Jason Birchmeier gave it a 3-star review, while in World Music: The Rough Guide, the authors view that "the 10 or so tracks that really work are great".

The fatele is a traditional dance song of Tuvalu. Dancing songs are the most common type of traditional Tuvaluan song, with other tradition dance styles including fakanau and fakaseasea.