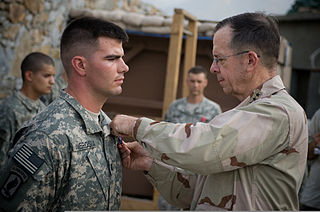 Lenah H. Sutcliffe Higbee was a pioneering Canadian-born United States Navy military nurse, who served as Superintendent of the U.S. Navy Nurse Corps during World War I. She is best known for being the first female recipient of the Navy Cross. 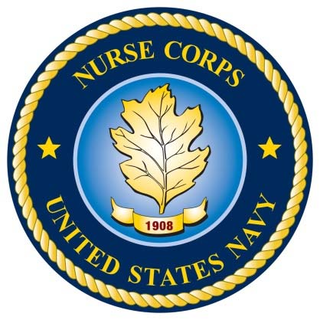 The United States Navy Nurse Corps was officially established by Congress in 1908; however, unofficially, women had been working as nurses aboard Navy ships and in Navy hospitals for nearly 100 years. The Corps was all-female until 1965. 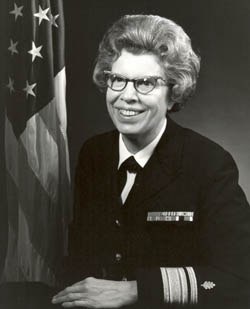 Alene Bertha Duerk became the first female admiral in the U.S. Navy in 1972. She was also the director of the U.S. Navy Nurse Corps from 1970 to 1975. She is a 1974 recipient of a Distinguished Alumni Award of Case Western Reserve University's Frances Payne Bolton School of Nursing. 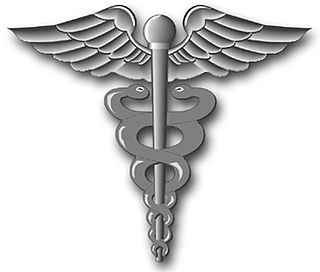 A hospital corpsman is an enlisted medical specialist of the United States Navy, who may also serve in a U.S. Marine Corps unit. The corresponding rating within the United States Coast Guard is health services technician (HS). 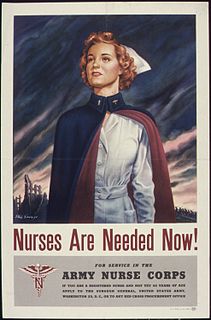 Most professional militaries employ specialised military nurses. They are often organised as a distinct nursing corps. Florence Nightingale formed the first nucleus of a recognised Nursing Service for the British Army during the Crimean War in 1854. In the same theatre of the same war, Professor Nikolai Ivanovich Pirogov and the Grand Duchess Yelena Pavlovna originated Russian traditions of recruiting and training military nurses – associated especially with besieged Sevastopol (1854–1855). Following the war Nightingale fought to institute the employment of women nurses in British military hospitals, and by 1860 she had succeeded in establishing an Army Training School for military nurses at the Royal Victoria Military Hospital in Netley, Hampshire, England. 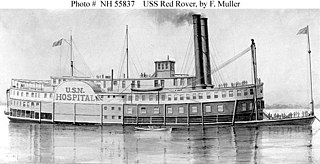 USS Red Rover (1859) was a 650-ton Confederate States of America steamer that the United States Navy captured. After refitting the vessel, the Union used it as a hospital ship during the American Civil War.

Many women have served in the United States Navy for over a century. As of 2020, there were 69,629 total women on active duty in the US Navy, with 11,076 serving as officers, and 58,553 enlisted. Of all the branches in the US military, the Navy has the second highest percentage of female active duty service members with women making up 20% of the US Navy in 2020. 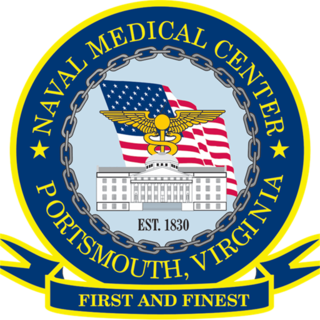 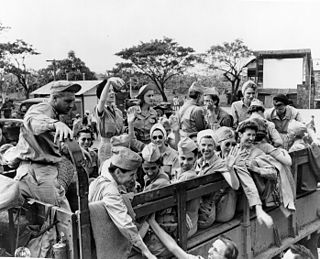 The Angels of Bataan were the members of the United States Army Nurse Corps and the United States Navy Nurse Corps who were stationed in the Philippines at the outset of the Pacific War and served during the Battle of the Philippines (1941–1942). When Bataan and Corregidor fell, 11 navy nurses, 66 army nurses, and 1 nurse-anesthetist were captured and imprisoned in and around Manila. They continued to serve as a nursing unit while prisoners of war. After years of hardship, they were finally liberated in February 1945. 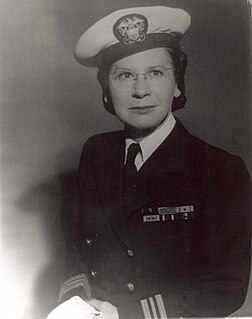 Laura Mae Cobb was a member of the United States Navy Nurse Corps who served during World War II. She received numerous decorations for her actions as a POW of the Japanese, during which she continued to serve as Chief Nurse for eleven other imprisoned Navy nurses—known as the "Twelve Anchors. She retired from the Nurse Corps as a Lieutenant Commander in 1947. 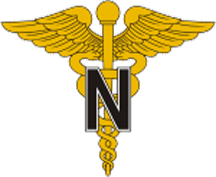 The United States Army Nurse Corps was formally established by the U.S. Congress in 1901. It is one of the six medical special branches of officers which – along with medical enlisted soldiers – comprise the Army Medical Department (AMEDD). 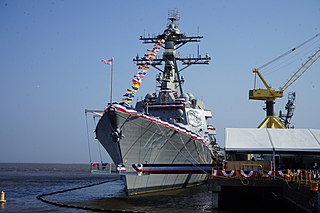 The 1949 King's Birthday Honours in New Zealand, celebrating the official birthday of King George VI, were appointments made by the King on the advice of the New Zealand government to various orders and honours to reward and highlight good works by New Zealanders. They were announced on 9 June 1949.