Red Hot Tires is a 1935 American crime drama film produced and distributed by Warner Bros., directed by D. Ross Lederman, and starring Lyle Talbot and Mary Astor. [1] The plot involves a racing driver (Talbot) falsely accused of murdering a rival driver during a race and his friends' attempts to prove his innocence.

A print of the film is preserved at the Library of Congress. [2] [3]

The Runaway Bride is a 1930 American pre-Code crime film starring Mary Astor, Lloyd Hughes, and Paul Hurst. It was directed by Donald Crisp, from a screenplay by Jane Murfin, adapted from the play Cooking Her Goose by H. H. Van Loan and Lolita Ann Westman. 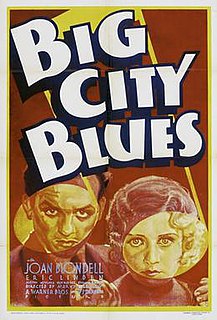 Trapped by Television is a 1936 American comedy-drama crime science fiction film directed by Del Lord and starring Mary Astor, Lyle Talbot and Nat Pendleton. The film is also known as Caught by Television in the United Kingdom.

Heat Lightning is a 1934 Pre-Code drama film starring Aline MacMahon, Ann Dvorak, and Preston Foster. It is based on the play of the same name by Leon Abrams and George Abbott. 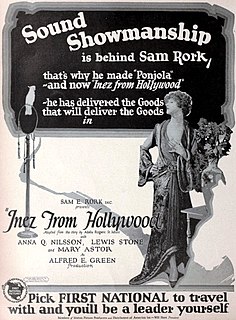 Inez from Hollywood is a 1924 American silent drama film directed by Alfred E. Green. It was produced by Sam E. Rork with distribution through First National Pictures. The film is based on the short story The Worst Woman in Hollywood by Adela Rogers St. Johns. It stars Anna Q. Nilsson, Lewis Stone, and 18-year-old Mary Astor.

To the Ladies is a 1923 American silent comedy film produced by Famous Players-Lasky and released by Paramount Pictures. It is based on a 1922 Broadway play, To the Ladies, by George S. Kaufman and Marc Connelly. 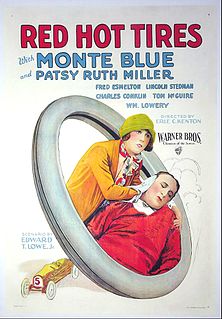 Red Hot Tires is a 1925 American silent comedy film produced and released by Warner Brothers. The film was based on a story written by Darryl Zanuck, under the pseudonym Gregory Rogers, and directed by Erle C. Kenton. The film stars Monte Blue and Patsy Ruth Miller.

Detectives is a 1928 silent film comedy produced and distributed by Metro-Goldwyn-Mayer. It was directed by Chester Franklin with elements of the old-house melodrama genre. The film is another outing for Karl Dane, George K. Arthur and Marceline Day. Clips of the film appeared in Robert Youngson's MGM's Big Parade of Comedy in 1965. One scene has George K. Arthur disappearing while within the hanging covers of a large canopy bed. 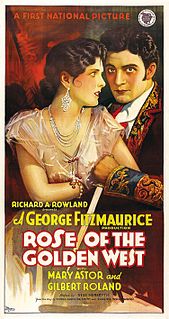 Rose of the Golden West is a surviving 1927 American silent drama film produced by Richard A. Rowland and released by First National Pictures. It was directed by George Fitzmaurice and starred Mary Astor and Gilbert Roland.

Dame Chance is a surviving 1926 American silent romantic drama film produced and released by independent companies David Hartford Productions and American Cinema Associates respectively. The stars are Julanne Johnston, Robert Frazer, Gertrude Astor, and Mary Carr. Copies of the film are held at the Library of Congress and the BFI British Film Institute. 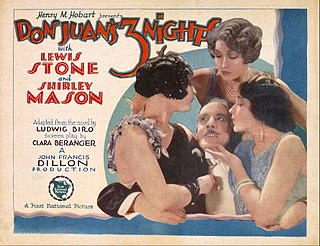 Return of the Terror is a 1934 American mystery film directed by Howard Bretherton and written by Peter Milne and Eugene Solow. The film stars Mary Astor, Lyle Talbot, John Halliday, and Frank McHugh, and features Robert Barrat and Irving Pichel. The film was released by Warner Bros. on July 7, 1934. It was a loose remake of the 1928 film The Terror, based on Edgar Wallace's play of the same name.

The Little Giant is a 1933 American pre-Code crime comedy romance. It follows the attempts of an ex-gangster to make his way into high society.

In the Season of Buds is a 1910 silent short film directed by D. W. Griffith and starring Mary Pickford and Mack Sennett. It was produced and distributed by the Biograph Company.