The Little Adventuress is a 1938 American adventure film directed by D. Ross Lederman. [1] [2]

The Beatles were an English rock band, formed in Liverpool in 1960, that comprised John Lennon, Paul McCartney, George Harrison and Ringo Starr. They are regarded as the most influential band of all time and were integral to the development of 1960s counterculture and popular music's recognition as an art form. Rooted in skiffle, beat and 1950s rock 'n' roll, their sound incorporated elements of classical music and traditional pop in innovative ways; the band later explored music styles ranging from ballads and Indian music to psychedelia and hard rock. As pioneers in recording, songwriting and artistic presentation, the Beatles revolutionised many aspects of the music industry and were often publicised as leaders of the era's youth and sociocultural movements. 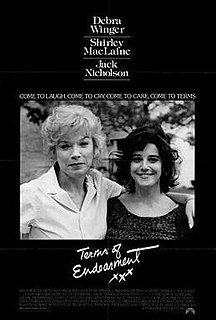 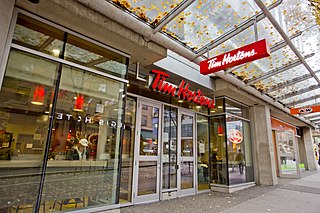 Tim Hortons Inc., commonly nicknamed Tim's or Timmies, is a Canadian multinational fast food restaurant chain. Based in Toronto, Tim Hortons serves coffee, doughnuts, and other fast food items. It is Canada's largest quick-service restaurant chain, with 4,949 restaurants in 15 countries as of March 2, 2022.

Horton Hears a Who! is a children's book written and illustrated by Theodor Seuss Geisel under the pen name Dr. Seuss. It was published in 1954 by Random House. This book tells the story of Horton the Elephant and his adventures saving Whoville, a tiny planet located on a speck of dust, from the animals who mock him. These animals attempt to steal and burn the speck of dust, so Horton goes to great lengths to save Whoville from being incinerated.

Elliott Gould is an American actor. He began acting in Hollywood films during the 1960s. In addition to his performance in the comedy Bob & Carol & Ted & Alice (1969), for which he received a nomination for the Academy Award for Best Supporting Actor, Gould is perhaps best known for his leading roles in Robert Altman films, starring in M*A*S*H (1970), The Long Goodbye (1973) and California Split (1974). Other notable film roles include Little Murders (1971), Ingmar Bergman's The Touch (1971), Capricorn One (1978), The Silent Partner (1978), Bugsy (1991), and American History X (1998). He also had recurring roles as Jack Geller on the television sitcom Friends (1994–2004), as Reuben Tishkoff in the Ocean's film series and as Ezra Goldman on the television series Ray Donovan (2013–2016).

Royston Clarke OBE, usually known as Roy Clarke, is an English comedy writer best known for creating the sitcoms Last of the Summer Wine, Keeping Up Appearances, Open All Hours and its sequel series, Still Open All Hours.

Albert Horton Foote Jr. was an American playwright and screenwriter. He received Academy Awards for his screenplays for the 1962 film To Kill a Mockingbird, which was adapted from the 1960 novel of the same name by Harper Lee, and his original screenplay for the film Tender Mercies (1983). He was also known for his notable live television dramas produced during the Golden Age of Television.

Horton Hears a Who! is a 2008 American computer animated adventure comedy film based on the 1954 book of the same name by Dr. Seuss, produced by Blue Sky Studios and distributed by 20th Century Fox. Directed by Jimmy Hayward and Steve Martino in their directorial debuts, the film's screenplay was written by Cinco Paul and Ken Daurio, and features the voices of Jim Carrey and Steve Carell as Horton the Elephant and Mayor Ned McDodd, respectively, alongside Carol Burnett, Will Arnett, Seth Rogen, Dan Fogler, Isla Fisher, Jonah Hill, and Amy Poehler. John Powell composed the film's musical score. It is the fourth screen adaptation of the book following the 1970 Chuck Jones television special, the 1987 Ukrainian animated short, and the 1992 Russian animated short. 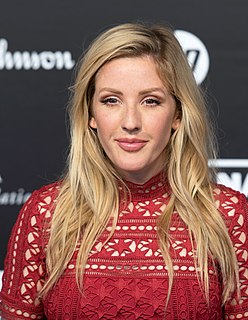 Better Call Saul is an American crime drama television series created by Vince Gilligan and Peter Gould. It is a spin-off, prequel, and a sequel to Gilligan's previous series, Breaking Bad. Set primarily in the early to middle part of the 2000s in Albuquerque, New Mexico, the series develops Jimmy McGill, an earnest lawyer and former con artist, into an egocentric criminal defense attorney known as Saul Goodman. Also shown is the moral decline of retired police officer Mike Ehrmantraut, who becomes a career criminal to support his granddaughter and her widowed mother. The show premiered on AMC on February 8, 2015. The sixth and final season consisting of 13 episodes premiered on April 18, 2022, and is set to conclude on August 15, 2022. 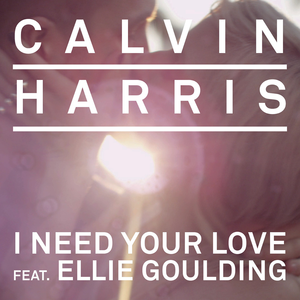 "I Need Your Love" is a song by Scottish producer and DJ Calvin Harris from his third studio album, 18 Months (2012). The song features vocals from English singer Ellie Goulding and was released on 2 April 2013 as the album's seventh single. "I Need Your Love" is also included as a bonus track on Goulding's second studio album, Halcyon (2012). The accompanying music video, directed by Emil Nava, depicts Harris and Goulding as a romantic couple on a trip to Miami. 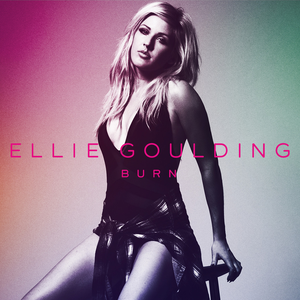 "Burn" is a song by English singer Ellie Goulding from Halcyon Days (2013), the reissue of her second studio album, Halcyon (2012). The song was written by Ryan Tedder, Goulding, Greg Kurstin, Noel Zancanella and Brent Kutzle, while production was handled by Kurstin and vocal production was done by Tedder. It was released on 5 July 2013 as the lead single from the reissue. The song was originally recorded by British singer Leona Lewis for her third studio album, Glassheart (2012), but it was ultimately scrapped.

Restaurant Brands International Inc. (RBI) is an Canadian-American multinational fast food holding company. It was formed in 2014 by the $12.5 billion merger between American fast food restaurant chain Burger King and Canadian coffee shop and restaurant chain Tim Hortons, and expanded by the 2017 purchase of American fast-food chain Popeyes Louisiana Kitchen. The company is the fifth-largest operator of fast food restaurants in the world behind Subway, McDonald's, Starbucks and Yum! Brands. RBI is based alongside Tim Hortons in Toronto. For tax purposes, Burger King and Popeyes retain their existing operations and headquarters, both in Miami. The 2014 merger focused primarily on expanding the international reach of the Tim Hortons brand and providing financial efficiencies for both companies.

"Heavy Crown" is a song recorded by Australian rapper Iggy Azalea featuring English singer Ellie Goulding, recorded for Reclassified (2014), the reissue of Azalea's debut studio album The New Classic (2014). Azalea and Goulding co-wrote the song with its producers, Salt Wives and The Invisible Men, with additional writing from Jon Turner. "Heavy Crown" received generally positive reviews from critics, who commended Azalea's delivery on the track, finding it to be superior to that of her earlier songs.

"On My Mind" is a song by English singer Ellie Goulding from her third studio album, Delirium (2015). It was released as the lead single from Delirium on 17 September 2015, by Polydor Records. Written by Goulding, Max Martin, Savan Kotecha and Ilya Salmanzadeh, "On My Mind" is an electropop and R&B song whose instrumentation consists of scratchy guitars, trap drums, slapped beats and sharp, syncopated electronica. Lyrically, "On My Mind" talks about a one-night stand with someone the protagonist should not be with, having a dichotomy between heart and head. Though firmly denied by Goulding, many critics considered it an answer song to Ed Sheeran's "Don't". The Little Adventuress is a 1927 American silent comedy film directed by William C. deMille and starring Vera Reynolds, Phyllis Haver and Victor Varconi. It is based on the play The Dover Road by A.A. Milne. A sound remake Where Sinners Meet was made in 1934.

Allan Sears was an American film actor who played leading roles in the 1910s and 1920s before transitioning into character roles in the 1930s. He was noted for his tall stature.