Neighborhood Playhouse School of the Theatre

The Neighborhood Playhouse School of the Theatre is a full-time professional conservatory for actors in New York City. First operational from 1915 to 1927, the school re-opened in 1928 and has been active ever since. It is the birthplace of the Meisner technique of acting, named for American actor and acting teacher Sanford Meisner.

In 1939, when actor Gregory Peck enrolled, there were approximately 90 students at the school. [1] Playwright Horton Foote met actor Robert Duvall at Neighborhood Playhouse when Duvall starred in a 1957 production of Foote's play, The Midnight Caller . Foote recommended Duvall to play the part of Boo Radley in the 1962 film, To Kill a Mockingbird . [3]

The New York City Council honored the 90th anniversary of Neighborhood Playhouse with a proclamation. [2]

The school offers a two-year certificate program, with admission to the second year dependent upon unanimous approval of the faculty. [1] There is also a six-week summer intensive program.

The Neighborhood Playhouse also offers Playhouse Juniors, a Saturday training program for children in grades 1–12. Children attend a fixed curriculum of singing, acting, and dancing classes in a non-competitive environment.

Eli Herschel Wallach was an American film, television, and stage actor from New York City. From his 1945 Broadway debut to his last film appearance, Wallach's entertainment career spanned 69 years. Originally trained in stage acting, he became "one of the greatest character actors ever to appear on stage and screen" and ultimately garnered over 90 film credits. He and his wife Anne Jackson often appeared together on stage, eventually becoming a notable acting couple in American theater. 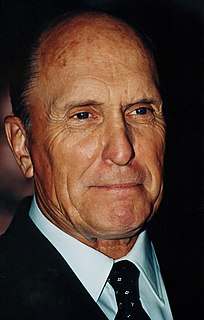 Robert Selden Duvall is an American actor and filmmaker. His career spans more than seven decades. He is the recipient of an Academy Award, four Golden Globe Awards, a BAFTA Award, two Primetime Emmy Awards and a Screen Actors Guild Award. 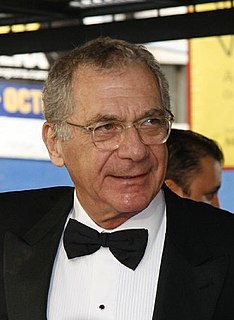 Sydney Irwin Pollack was an American film director, producer and actor. Pollack directed more than 20 films and 10 television shows, acted in over 30 movies or shows and produced over 44 films. For his film Out of Africa (1985), Pollack won the Academy Award for Best Director and Best Picture. He was also nominated for Best Director Oscars for They Shoot Horses, Don't They? (1969) and Tootsie (1982).

The William Esper Studio was founded in 1965 as a school for the performing arts in Manhattan, New York. The school is dedicated to the acting technique of Sanford Meisner. Its founder, William "Bill" Esper, is often referred to as the best-known of Meisner's first generation teachers, and his most "authentic protege".

Harding Lemay, also known as Pete Lemay, was an American screenwriter and playwright. He was best known for his stint as head writer of the soap opera Another World. 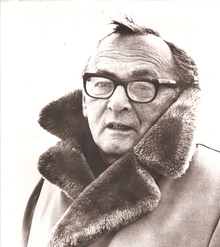 Sanford Meisner was an American actor and acting teacher who developed an approach to acting instruction that is now known as the Meisner technique. While Meisner was exposed to method acting at the Group Theatre, his approach differed markedly in that he completely abandoned the use of affective memory, a distinct characteristic of method acting. Meisner maintained an emphasis on "the reality of doing", which was the foundation of his approach.

Thomas Griffin Dunne is an American actor, film producer, and film director. Dunne studied acting at The Neighborhood Playhouse School of the Theatre in New York City. He is known for portraying Jack Goodman in An American Werewolf in London (1981) and Paul Hackett in After Hours (1985), for which he was nominated for the Golden Globe Award for Best Actor – Motion Picture Musical or Comedy.

Albert Horton Foote Jr. was an American playwright and screenwriter, perhaps best known for his screenplays for the 1962 film To Kill a Mockingbird, which was adapted from the 1960 novel of the same name by Harper Lee, and his original screenplay for the film Tender Mercies (1983). He was also known for his notable live television dramas during the Golden Age of Television.

The Meisner technique is an approach to acting developed by American theatre practitioner Sanford Meisner.

The New York Conservatory for Dramatic Arts (NYCDA) is a private acting college in New York City. Originally conceived for the purpose of training actors for film and television acting, in 2009 the conservatory gained accreditation to offer Associate degrees in Occupational Studies, a two-year curriculum offered in either Acting for Film & Television or Musical Theater Performance. The New York Conservatory is accredited by the National Association of Schools of Theatre (NAST).

Irene Lewisohn was the founder of the Neighborhood Playhouse and the Museum of Costume Art. 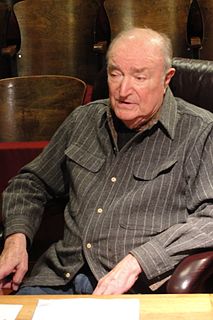 Wynn Handman was the Artistic Director of The American Place Theatre, which he co-founded with Sidney Lanier and Michael Tolan in 1963. His role in the theatre was to seek out, encourage, train, and present new and exciting writing and acting talent and to develop and produce new plays by living American writers. In addition, he initiated several Arts Education Programs, such as Literature to Life. His life and the history of The American Place Theatre are the subjects of the 2019 documentary It Takes a Lunatic.

Charles Erich Conrad was an American actor and acting coach.

The Actors Movement Studio, also known as the Actor Movement Conservatory, is a teaching facility for actors in the Hells Kitchen neighborhood of Manhattan in New York City.

Mary Beth Fielder is an American writer, director and producer of television and feature films. She served on the faculty of the University of Southern California School of Cinematic Arts from 1994 to 2009.

Christian Laurin is a Canadian film, television and stage actor who performs in both English and French productions.

Susan Kellermann is an American actress. 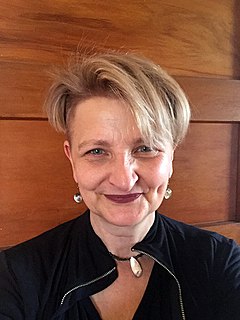 Hilary Halba is a New Zealand actor, theatre director and academic. She is the head of the performing arts programme at the University of Otago.