Novotel is a midscale hotel brand owned by Accor. [1] Created in 1967 in France, the company grew into what became the Accor group in 1983, and Novotel remained a pillar brand of Accor's multi-brand strategy. Novotel manages 492 hotels in 59 countries (2018). [2]

From Novotel to Accor

The first Novotel was launched in Lille, France, in 1967. It was inspired by American motels with comfortable rooms, a restaurant and parking. By 1970, seven Novotel hotels were in operation, [3] [4] and the group raised the funds to develop internationally. [5]

Novotel reached the top 10 of hotel groups worldwide with 319 hotels. [7] It turned into the Accor group in 1983, and was introduced to the Paris stock exchange index the same year. Novotel survived as Accor's strong midscale brand alongside Mercure. [3] In 1984, Novotel bought the New York Times Square building, [8] a city where the company already operated the Roosevelt Hotel on Madison Avenue. [9]

In 1986, Novotel introduced full breakfast buffets. [10] In 1995, Novotel launched an international competition to award the best chefs of its hotels, [11] which became the Victoires internationales de la cuisine in 2001 and stretched its scope to ibis and Mercure chefs. [12]

By the end of the 1990s, ibis hotels took the leadership on cities' peripheries, leading Novotel to redefine a strategy towards city centers, [13] and to launch a global refurbishment program based on design and modularity, bringing Novotel closer to Accor's upscale brand Sofitel. [10] In 2004, Novotel introduced more ergonomic and elegant rooms (Novation) rooms. [14] In 2008, Novotel introduced new organic bath products branded "N". [15]

In November 2011, Novotel and Microsoft prototyped a futuristic room showcased at the Paris Vaugirard location and dubbed "Room 3120". [16] In 2013, the Xbox became available to customers, [17] and successfully tested a virtual concierge (Monscierge) within its hotels. [18] In 2014, Novotel introduced a multimedia table, PLAY, to provide digital guest services. [19]

Sofitel Hotels & Resorts are a chain of luxury hotels based in Paris, France, and owned by Accor since 1980.

The Hotel Sevilla is a historic hotel in Havana, Cuba. 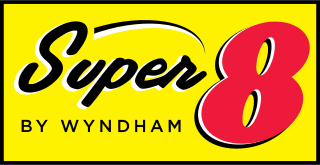 Super 8, formerly Super 8 Motels, is an American hotel brand, the world's largest budget hotel chain with over 2,000 locations worldwide. The chain is a subsidiary of Wyndham Hotels and Resorts. The original room cost was $8.88 per night. As of March 2021, the company website listed 2,177 hotels worldwide.

Ibis is a brand of economy hotels owned by Accor. Created in 1974, Ibis became Accor's economy megabrand in 2011 with the launch of Ibis Styles and Ibis Budget. As of December 2019, there were 1,218 hotels under the Ibis brand, with 155,678 rooms in total across 67 countries.

HotelF1 is an economy hotel brand owned by Accor. Created by Accor in 1984 in France under the name Formule 1, it was renamed HotelF1 in 2007 and later revamped as a road trip-themed hotel brand. HotelF1 manages 172 hotels in France (2018).

The Indian Hotels Company Limited (IHCL) is an Indian hospitality company that manages a portfolio of hotels, resorts, jungle safaris, palaces, spas and in-flight catering services. It is a subsidiary of the Tata Group conglomerate. 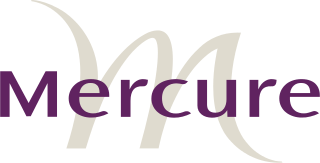 Mercure is a midscale hotel brand specialized in traditional hotels managed by committed hoteliers, and owned by Accor. Created in 1973 in France, the brand was acquired by Accor in 1975. Mercure manages 875 hotels in 63 countries (2019).

The Ascott Limited is a member of CapitaLand, one of Asia’s largest diversified real estate groups. Headquartered and listed as a Singapore company, Ascott has grown to be one of the leading international lodging owner-operators, with more than 700 properties in over 190 cities spanning more than 30 countries across the Asia Pacific, Europe, the Middle East, Africa and the USA. Its portfolio of serviced residence and hotel brands includes Ascott The Residence, The Crest Collection, Somerset, Quest, Citadines, lyf, Préférence, Vertu, Harris, Citadines Connect, Fox, Yello and POP!.

The Sofitel Macau At Ponte 16 is a hotel in Santo António, Macau, China. It is part of Sofitel Luxury Hotels, an up-market hotel brand which forms part of one of the world's leading hotel chains, Accor Hospitality, based in France. Over the past few years since opening its doors in 2008, Sofitel Macau and the management have been credited a number of tourism awards.

Ibis Budget is an economy hotel brand specialized in essential comfort at a budget price and owned by Accor. Created in 1992 in France under the name Etap Hôtel, the brand was renamed Ibis Budget in 2011. Ibis Budget manages 614 hotels in 20 countries (2018). 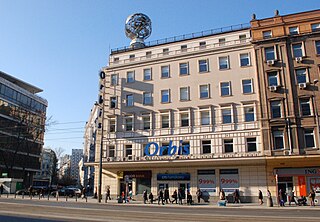 Orbis is the oldest travel agency in Poland, founded in 1920 in Lwów. Currently, it is the largest hotel group in Poland and Central Europe, and parent company of Orbis S.A. Capital Group, which has nine subsidiaries. Its name comes from a Latin language word Orbis, which means world.

Pullman Hotels and Resorts is an upscale international hotel brand owned by AccorHotels. Pullman has over 117 hotels and resorts in 39 countries in Europe, Africa, the Middle-East, Asia Pacific, Australia and Latin America. Ibis Styles is an economy hotel brand focused on in-style stays and owned by Accor. Created in 1980 in Australia with the name All Seasons, the brand was acquired by Accor in 1999 and renamed Ibis Styles in 2011. Ibis Styles manages 476 hotels in 45 countries (2018). 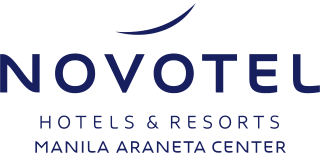 Avid Hotels is a midscale hotel brand launched in 2017 by InterContinental Hotels Group.

Jo&Joe is a hotel brand specialized in economic stays and owned by Accor. Launched in 2016, the brand aims to develop a new leisure concept for Millennials. Jo&Joe manages 2 hotels in France (2019).