Old Tibetan refers to the period of Tibetan language reflected in documents from the adoption of writing by the Tibetan Empire in the mid-7th century to works of the early 11th century.

In 816 CE, during the reign of Sadnalegs, literary Tibetan underwent a thorough reform aimed at standardizing the language and vocabulary of the translations being made from Indian texts, and this resulted in what we now call Classical Tibetan. [1]

Old Tibetan is characterised by many features that are lost in Classical Tibetan, including my- rather than m- before the vowels -i- and -e-, the cluster sts- which simplifies to s- in Classical Tibetan, and a reverse form of the "i" vowel letter (gi-gu). [2] Aspiration was not phonemic and many words were written indiscriminately with consonants from the aspirated or unaspirated series. Most consonants could be palatalized, and the palatal series from the Tibetan script represents palatalized coronals. The sound conventionally transcribed with the letter འ (Wylie: 'a) was a voiced velar fricative, while the voiceless rhotic and lateral are written with digraphs ཧྲ​ <hr> and ལྷ​ <lh>. The following table is based on Hill's analysis of Old Tibetan: [3]

In Old Tibetan, the glide w occurred as a medial, but not as an initial. The Written Tibetan letter ཝ w was originally a digraph representing two Old Tibetan consonants ɦw. [5]

In Old Tibetan, syllables can be quite complex with up to three consonants in the onset, two glides, and two coda consonants. This structure can be represented as (C1C2)C3(G1G2)V(C4C5), with all positions except C3 and V optional. This allows for complicated syllables like བསྒྲིགས​ bsgrigs "arranged" and འདྲྭ 'drwa "web", for which the pronunciations [βzgriks] and [ɣdrʷa] can be reconstructed.

A voicing contrast only exists in slot C3 and spreads to C1 and C2 so སྒོ sgo "door" would be realized as [zgo] while སྐུ sku "body" would be [sku]. Final consonants are always voiceless e.g. འཛིནད་ 'dzind [ɣd͡zint] and གཟུགས་​ gzugs [gzuks]. The phoneme /b/ in C1 was likely realized as [ɸ] (or [β] when C3 is voiced) e.g. བསྒྲེ bsgre [βzgre] and བརྩིས brtsis [ɸrtsis]. The features of palatalization /i̯/ [Cʲ] and labialization /w/ [Cʷ] can be considered separate phonemes, realized as glides in G1 and G2 respectively. Only certain consonants are permitted in some syllable slots, as summarized below: [6]

However, whereas the locative, allative, and terminative gradually fell together in Classical Tibetan (and are referred to the indigenous grammatical tradition as the la don bdun), in Old Tibetan these three cases are clearly distinguished. [10] Traditional Tibetan grammarians do not distinguish case markers in this manner, but rather distribute these case morphemes (excluding -dang and -bas) into the eight cases of Sanskrit. 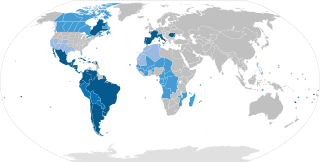 The Romance languages are the modern languages that evolved from Vulgar Latin between the third and eighth centuries. They are a subgroup of the Italic languages in the Indo-European language family. The five most widely spoken Romance languages by number of native speakers are Spanish (480 million), Portuguese (255 million), French (77 million), Italian (65 million), and Romanian (24 million). Among the various Romance languages, Sardinian and Italian are the closest to Latin, followed by Spanish, Romanian, Portuguese, and the most divergent being French.

The Tibetan script is an abugida of Indic origin used to write certain Tibetic languages, including Tibetan, Dzongkha, Sikkimese, Ladakhi, Jirel and sometimes Balti. It has also been used for some non-Tibetic languages in close cultural contact with Tibet, such as Thakali. The printed form is called uchen script while the hand-written cursive form used in everyday writing is called umê script.

Hopi is a Uto-Aztecan language spoken by the Hopi people of northeastern Arizona, United States, but some Hopi are now monolingual English-speakers.

Historical Chinese phonology deals with reconstructing the sounds of Chinese from the past. As Chinese is written with logographic characters, not alphabetic or syllabary, the methods employed in Historical Chinese phonology differ considerably from those employed in, for example, Indo-European linguistics; reconstruction is more difficult because, unlike Indo-European languages, no phonetic spellings were used.

Moksha is a Mordvinic language of the Uralic family, with around 2,000 native speakers . Moksha is the majority language in the western part of Mordovia. Its closest relative is the Erzya language, with which it is not mutually intelligible. Moksha is also considered to be closely related to the extinct Meshcherian and Muromian languages.

Skolt Sami is a Uralic, Sami language that is spoken by the Skolts, with approximately 300 speakers in Finland, mainly in Sevettijärvi and approximately 20–30 speakers of the Njuõʹttjäuʹrr (Notozero) dialect in an area surrounding Lake Lovozero in Russia. Skolt Sami also used to be spoken in the Neiden area of Norway. It is written using a modified Roman orthography which was made official in 1973.

Old English phonology is necessarily somewhat speculative since Old English is preserved only as a written language. Nevertheless, there is a very large corpus of the language, and the orthography apparently indicates phonological alternations quite faithfully, so it is not difficult to draw certain conclusions about the nature of Old English phonology.

Polish orthography is the system of writing the Polish language. The language is written using the Polish alphabet, which derives from the Latin alphabet, but includes some additional letters with diacritics. The orthography is mostly phonetic, or rather phonemic – the written letters correspond in a consistent manner to the sounds, or rather the phonemes, of spoken Polish. For detailed information about the system of phonemes, see Polish phonology. 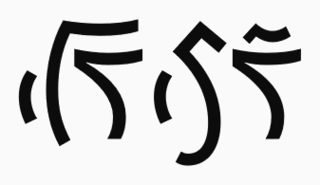 Lepcha language, or Róng language, is a Himalayish language spoken by the Lepcha people in Sikkim, India and parts of West Bengal, Nepal and Bhutan.

Classical Tibetan refers to the language of any text written in Tibetic after the Old Tibetan period. Though it extends from the 12th century until the modern day, it particularly refers to the language of early canonical texts translated from other languages, especially Sanskrit. The phonology implied by Classical Tibetan orthography is very similar to the phonology of Old Tibetan, but the grammar varies greatly depending on period and geographic origin of the author. Such variation is an under-researched topic.

The most thorough treatment of the Kiowa sound system is by Laurel Watkins in a generative framework. A consideration of prosodic phenomena with acoustic analysis is in Sivertsen (1956). Earlier discussions of phonemics are Trager (1960), Merrifield (1959), Wonderly et al. (1954), and Harrington (1928).

This article is about the phonology and phonetics of the Slovak language. 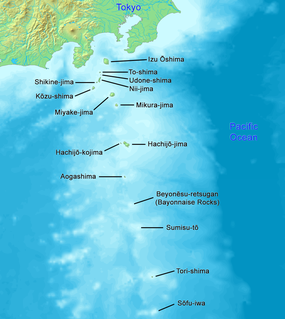 The small group of Hachijō dialects are the most divergent form of Japanese or form a fourth branch of Japonic. Hachijō is currently spoken on two of the Izu Islands south of Tokyo—Hachijō-jima and the smaller Aogashima—as well as on the Daitō Islands of Okinawa Prefecture, which were settled from Hachijō-jima in the Meiji period. It was also previously spoken on the island of Hachijō-kojima, which is now abandoned. Based on the criterion of mutual intelligibility, Hachijō may be considered a distinct Japonic language.