Last updated September 06, 2020
Overview of and topical guide to guitars

A guitar is a plucked string instrument, usually played with fingers or a pick. The guitar consists of a body with a rigid neck to which the strings, generally six in number, are attached. Most guitar necks have metal frets attached (the exception is fretless bass guitars). Guitars are traditionally constructed of various woods and strung with animal gut or, more recently, with either nylon or steel strings. Some modern 2010-era guitars are made of polycarbonate materials. Guitars are made and repaired by luthiers. There are two primary families of guitars: acoustic and electric. An acoustic guitar has a wooden top and a hollow body. An electric guitar may be a solid-body or hollow body instrument, which is made louder by using a pickup and plugging it into a guitar amplifier and speaker. Another type of guitar is the low-pitched bass guitar.

What type of instrument is a guitar?

A guitar can be described as all of the following:

Types and varieties of guitars 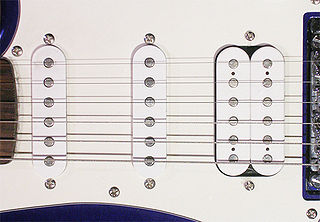 A pickguard is a piece of plastic or other material that is placed on the body of a guitar, mandolin or similar plucked string instrument. The main purpose of the pickguard is to protect the guitar's finish from being scratched by the guitar pick.

Electric guitar design is a type of industrial design where the looks and efficiency of the shape as well as the acoustical aspects of the guitar are important factors. In the past many guitars have been designed with all kinds of odd shapes as well as very practical and convenient solutions to improve the usability of the object.