Jamsetji Nusserwanji Tata envisaged not only Asia's first fully integrated Steel Plant but also the model township of Jamshedpur. He advised his son, Sir Dorab Tata, to earmark "areas for Football, hockey and Parks... ". Tata Steel's commitment to sports, in fact, preceded the building of the township. The aforesaid letter was written in 1902 and the site for Jamshedpur selected in 1907.

J. R. D. Tata gave fruition to J. N Tata's vision, inculcating sports as an integral part of Tata Steel's corporate philosophy. It is part of this very same commitment that made Tata Steel set up the Tata Steel Sports Foundation, to inculcate among the young men and women of India the sporting spirit, the zeal to excel, to win, and above all the discipline and dedication that brings out the winner in the individual. TFA, conceived in 1983 and inaugurated in 1987, was one intrinsic component of the Tata Ideal manifested in reality.

In November 2017, it was announced that TFA will tie-up with La Liga giants Atlético Madrid, [4] to enhance and strengthen its existing programmes for promoting Indian football. It was also announced that, TFA is to be renamed as Tata Atletico Football Academia. [3]

In March 2019, Carlos Santamarina was appointed as the head coach of TFA. [5] Santamarina has been involved with Atlético Madrid's youth coaching set up, which includes development and coaching of kids in the age group of U-15, U-14, U-13 and U-12.

The Campeonato Nacional de Liga de Primera División, commonly known simply as La Liga and officially as LaLiga Santander for sponsorship reasons, stylized as LaLiga, is the men's top professional football division of the Spanish football league system. Administered by the Liga Nacional de Fútbol Profesional, is contested by 20 teams, with the three lowest-placed teams at the end of each season relegated to the Segunda División and replaced by the top two teams and a play-off winner in that division.

Club Atlético de Madrid, S.A.D., commonly referred to as Atlético de Madrid in English or simply as Atlético or Atleti, is a Spanish professional football club based in Madrid, that play in La Liga. The club play their home games at the Wanda Metropolitano Stadium, which has a capacity of 68,456.

Tata Group is an Indian multinational conglomerate headquartered in Mumbai, Maharashtra, India. Founded in 1868 by Jamshedji Tata, the company gained international recognition after purchasing several global companies. It is one of the biggest and oldest industrial groups in India. Each Tata company operates independently under the guidance and supervision of its own board of directors and shareholders.

Jamshedpur or Tatanagar is the largest and most populous city in Jharkhand and first planned industrial city in India.

The JRD Tata Sports Complex Stadium is a 40,000-capacity stadium in Jamshedpur, India. It is currently used mostly for football matches and athletics competitions. It has been the home stadium of Jamshedpur FC since the 2017–18 season. The stadium holds 24,424-40,000 spectators for sports matches.

Clifford Rayes Miranda is an Indian professional football coach and former player. He is currently the head coach of I-League 2nd Division side Goa Reserves, the reserve team of Indian Super League side FC Goa. During his playing days, Miranda played for Dempo in the National Football League and I-League from 2000–2015. During his time with the Goan side, Miranda helped Dempo win five league titles and four domestic cup honours. 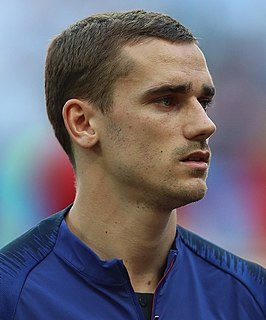 Antoine Griezmann is a French professional footballer who plays as a forward for Spanish club Barcelona and the French national team. 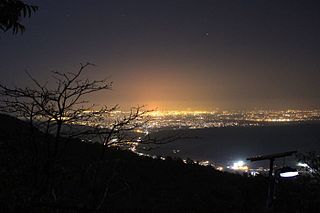 Jamshedpur is the largest urban conglomeration in the state of Jharkhand, India and is also the first well-planned industrial city of India, founded by late Jamshedji Nusserwanji Tata. It is also known as Steel City and Tatanagar or simply Tata.

Shilton Paul is an Indian footballer who plays as a goalkeeper for I-League side Churchill Brothers SC.

Purnima Mahato is an Indian archer and archery coach from Jamshedpur, India. She has won the Indian national archery championships and a silver medal at the 1998 Commonwealth Games. She was a coach for the Indian national team at the 2008 Summer Olympics and was selected to coach the team at the 2012 Summer Olympics. She was awarded Dronacharya award from President of India for 2013 on 29 August 2013. 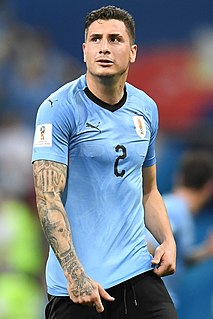 José María Giménez de Vargas is a Uruguayan professional footballer who plays as a central defender for Spanish club Atlético Madrid and the Uruguay national team.

The Indian Super League (ISL) is a professional football league, which represents the sport's highest level in Indian football system. it is organized by the All India Football Federation and their commercial partners Football Sports Development. Due to sponsorship reason with Hero MotoCorp, it is officially called Hero Indian Super League. The league currently comprises of 11 clubs. Each season of the tournament generally runs from November to March. During the league stage of the competition, each club plays against all the other clubs in a round-robin style. At the end of the league stage the team with the most points gets declared the Premiers and presented with a trophy named League Winners' Shield, and the top four clubs qualifies for the play-offs. The season then culminates with the ISL Final to determine the Champions who are presented with the ISL Trophy.

The 2016 IFA Shield was the 120th edition of the IFA Shield. The tournament is designed as a U19 youth football tournament since 2015.

P Vijay Kumar was an Indian football player who also represented the country at the international level.

Jamshedpur Football Club is an Indian professional football club based in Jamshedpur, Jharkhand that competes in the Indian Super League, the top flight of Indian Football. The club is owned by Tata Steel, a subsidiary of the Tata Group.

Jamshedpur Football Club Reserves and Academy is the reserve side and youth tier setup of Indian Super League side Jamshedpur. Based in Jamshedpur, Jharkhand, the side was founded on 10 March 2018 and participates in the I-League 2nd Division, the second division of Indian football. Jamshedpur also have academy teams of various age groups which operate under the Tata Football Academy and participates in the Elite League.

The 2018–19 season will be the second season of competitive football played by Jamshedpur.