In 1854, San Francisco businessmen sent a petition to Secretary of the Treasury James Guthrie for a $50 coin to be struck due to the fact that no banknotes of any denomination circulated in California. Guthrie responded to the petition by introducing a measure to produce gold $50 and $100 coins, called half union and union, respectively. Although the measure passed the Senate on June 16, 1854, it was ultimately defeated in the House. [1]

United States Mint engraver George T. Morgan made sketches of a possible design for a $100 coin in 1876, should the half union ever be a success. When the mint concluded that the half union (a gold coin weighing about 2.7 troy ounces or 83.6 grams) was infeasible, the idea of a union coin was discarded and forgotten.

Around 2005, Morgan's original sketches were discovered and published so the numismatic community could see what could have been. Private mints have since struck fantasy pieces of Morgan's design for collectors, in both silver and gold. [2] 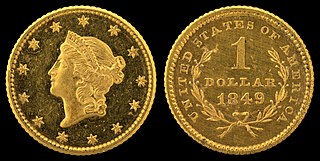 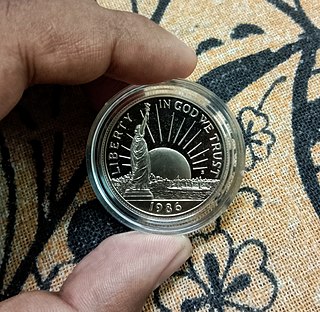