Last updated January 15, 2021
For the telecommunications company based in Belmont, California, see RingCentral.

In the late-1840s, the price of copper had risen to the point that large cents cost more than one cent to produce. In response to a bill drafted in 1849 by Congressman Sam F. Vinton to reduce the size of the cent, [1] the US mint began looking for an alternative type of cent. One solution to the problem was to perforate the coin in the center, creating a ring-like appearance.

Pattern ring cents were first struck in 1850 in various test compositions. However, it was found that the coin was difficult to eject from the presses and that it was expensive to recover the silver from the alloy. Because of this, the ring cent was not placed into mass-production and the large cent continued to be produced until 1857, when it was replaced by the Flying Eagle cent. According to numismatic historian Walter Breen, another factor in the rejection of the ring cent was that it reminded many of the Chinese cash coin, which had minimal purchasing value. [2]

The ring cent was briefly revived in 1884 by Eastman Johnson, although this time the design was somewhat cruder as the holes appeared to have been handcut as they vary in both size and shape. [3] Although a more refined and smoother design was struck the following year, no more ring cents would ever be struck. [4] 196 ring cents (originals and restrikes) are known to exist. [5]

Patterns of this "ring cent" were struck in various metals and with various hole sizes. There were also various different designs, with some designs lacking a date or a reverse design. Some did not even have a hole, in its place being a circle resembling a line for perforation. [6] These were known as annular cents.

All 1885 ring cents (with and without the hole) were struck with a die featuring a 5 over 3 overdate error. [7]

The 1850 blank non-perforated reverse was probably struck from the same die that was used for an 1852 gold dollar pattern. [8] 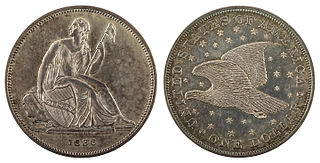 This article is a collection of numismatic and coin collecting terms with concise explanation for the beginner or professional.

The silver center cent is an American pattern coin, one of the precursors to the large cent and an early example of a bimetallic coin. Fewer than a dozen specimens are known to exist today, and they generally fetch substantial prices; an uncirculated silver center cent sold at auction for $414,000 in January 2002. That price was eclipsed by an example graded PCGS MS61 offered at auction in April 2012, with a price tag of more than $1 million.

The Lincoln cent is a one-cent coin that has been struck by the United States Mint since 1909. The obverse or heads side was designed by Victor David Brenner, as was the original reverse, depicting two stalks of wheat. The coin has seen several reverse, or tails, designs and now bears one by Lyndall Bass depicting a Union shield. All coins struck by the United States government with a value of 1/100 of a dollar are called cents because the United States has always minted coins using decimals. The penny nickname is a carryover from the coins struck in England, which went to decimals for coins in 1971. 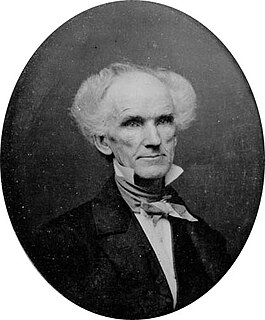 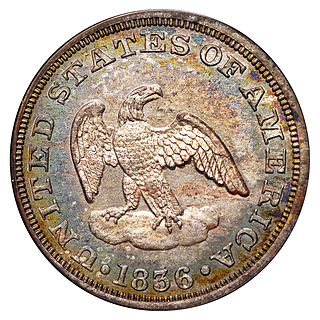 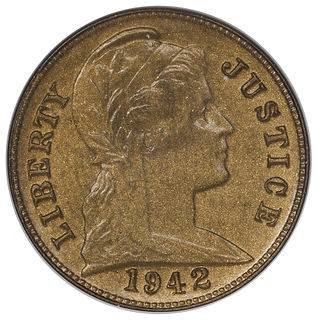 The 1942 experimental cents were pattern coins struck by the United States Mint to test alternative compositions for the penny.