Aaron Rossi is an American drummer, most notable for his performance with industrial metal band Ministry, and the heavy metal band Prong. The National Academy of Recording Arts and Sciences (NARAS) of the United States recognized Aaron for the first time at the 52nd Grammy Awards (2010) ceremony, which was held at the Los Angeles' Staples Center.

The Grammy Award for Best Metal Performance is an award presented at the Grammy Awards to recording artists for works containing quality performances in the heavy metal music genre. The Grammy Awards is an annual ceremony, where honors in several categories are presented by The Recording Academy of the United States to "honor artistic achievement, technical proficiency and overall excellence in the recording industry, without regard to album sales or chart position". The ceremony was established in 1958 and originally called the Gramophone Awards.

High on Fire is an American sludge metal band from Oakland, California, that was formed in 1998. Matt Pike, the band's frontman and founder, also plays guitar for the doom metal band Sleep. The band won the 2019 Grammy Award for Best Metal Performance with their song "Electric Messiah." 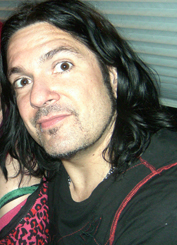 Tommy Victor is the lead singer and guitarist for the heavy metal band Prong, which he founded in New York City in 1986, as well as the guitarist for the heavy metal band Danzig. In the late 1980s Victor worked as a sound engineer at the trendy venue CBGB in New York City. After the release of Rude Awakening in 1996, Prong disbanded and Victor moved to Los Angeles but continued to release new Prong records. He took a break from Prong during which Victor worked alongside rock musicians including Rob Zombie, Marilyn Manson, Trent Reznor and Glenn Danzig. Since 2012's Carved Into Stone, Prong have been very active again, releasing albums and touring relentlessly. 2013 saw the band release their Official Bootleg -- Unleashed In The West album which featured re-recordings of 17 classic Prong tracks. The next studio album, Ruining Lives was released in 2014, and 2015 saw the band release their first ever covers album entitled Songs from the Black Hole. Victor is also currently working with Glenn Danzig on his upcoming Danzig album. He is also part of the hard rock, heavy metal, hardcore punk and punk rock supergroup Teenage Time Killers. 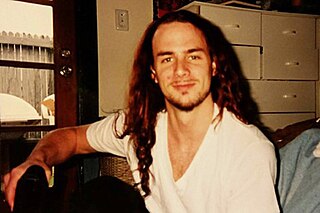 James Joseph Woolley was an American keyboard and synthesizer player, best known for performing with industrial rock band Nine Inch Nails during the 1991 Lollapalooza Tour and the beginning part of the 1994 Self Destruct Tour. Woolley also appeared in the videos for "Wish" and "March of the Pigs", as well as parts of the Nine Inch Nails release Closure (1997). Woolley won a Grammy Award in 1993 for "Best Metal Performance" for "Wish". 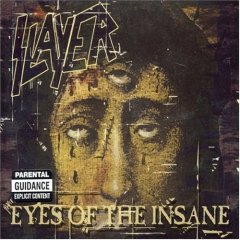 "Eyes of the Insane" is a 2006 song by the American thrash metal band Slayer, taken from their 2006 album Christ Illusion. The lyrics explore an American soldier's mental anguish following his return home from the second Gulf War, and are based on an article entitled "Casualty of War" in Texas Monthly magazine. "Eyes of the Insane" was written by vocalist Tom Araya during pre-production for the album. The song was generally well received by critics, and also peaked #15 on the Danish singles charts. 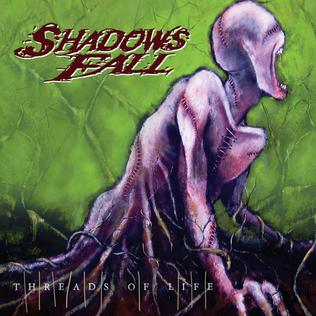 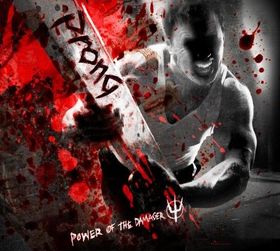 Power of the Damager is the seventh studio album by the metal band Prong. It was released through 13th Planet Records on October 2, 2007. The album peaked at #47 on the Billboard Top Heatseekers chart.

Alexei Rodriguez is a Puerto Rican drummer, once known for his time in Canadian heavy metal band 3 Inches of Blood and the metalcore band Walls of Jericho. He was the drummer for the New York-based band, Prong.

Cruz Martínez is an American musician and record producer. He is a former member of the Tejano band La Sombra. In 1999, he joined the cumbia music group Los Kumbia Kings, created by A.B. Quintanilla, after Quintanilla had invited Martínez. In 2007, he created the band Los Super Reyes. He is married to Alicia Villarreal. 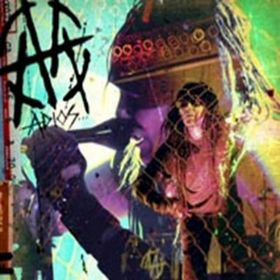 Adios... Puta Madres is a live album by Ministry, released on March 31, 2009 on 13th Planet Records. The album was recorded at various locations on Ministry's farewell tour, dubbed the "C U LaTouR". Allmusic database and Windows Media database incorrectly list the title of the record as "Adios...Putas Madres". In 2009, "Señor Peligro" was nominated for a Grammy Award in the category of Best Metal Performance for the 52nd Grammy Awards.

Power of the Damn Mixxxer is a remix album by the American metal band Prong. The album consists of all the tracks from their 2007 album, Power of the Damager. 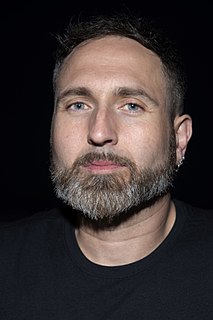 Monte Lee Pittman is an American musician, songwriter and studio musician, based out of Los Angeles, known largely as Madonna's long-time guitarist and for playing with Prong. He has also appeared in the documentary "Who The F**K Is Arthur Fogel?" Pittman also professionally teaches guitar lessons and exclusively uses the Jamplay Teaching App. 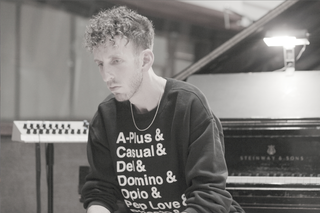 Ariel Rechtshaid is an American record producer, audio engineer, mixing engineer, multi-instrumentalist, and songwriter. His production, songwriting, and mixing credits include HAIM, Vampire Weekend, Madonna, Usher, Adele, Brandon Flowers, Charli XCX, Kelela, Cass McCombs, Solange Knowles, Tobias Jesso Jr., Murs, Sky Ferreira, We Are Scientists, Kylie Minogue, U2, Glasser, Alex Clare, and Major Lazer. Rechtshaid co-wrote and produced Usher's 2012 single, "Climax", which won the 2013 Grammy Award for Best R&B Performance. Rechtshaid was nominated for the 2014 Grammy Award for Producer of the Year and won a Grammy for his production on the Vampire Weekend album Modern Vampires of the City, the Adele album 25, and again for the Vampire Weekend album Father of the Bride. He also produced the Billboard Hot 100 No. 1-charting single "Hey There Delilah" by the Plain White T's in 2007. Rechtshaid is the former lead singer and guitarist of the ska/pop-punk band The Hippos and the bassist and producer of indie folk-rock group Foreign Born.

Sonny John Moore, known professionally as Skrillex, is an American DJ, record producer, musician, singer and songwriter. Growing up in Northeast Los Angeles and in Northern California, he joined the American post-hardcore band From First to Last as the lead singer in 2004, and recorded two studio albums with the band before leaving to pursue a solo career in 2007. He began his first tour as a solo artist in late 2007. After recruiting a new band lineup, Moore joined the Alternative Press Tour to support bands such as All Time Low and The Rocket Summer, and appeared on the cover of Alternative Press' annual "100 Bands You Need to Know" issue.