The D1A came out of the Imperial Japanese Navy's need for an advanced carrier-based dive bomber, and in late 1934 the IJN ordered the finalisation of the Aichi AB-9 design which was produced as the early model D1A1. [2] However, the D1A1 was not designed by Aichi Tokei Denki Kabushiki Kaisha  [ ja ] aircraft company (later Aichi Kokuki), but by Ernst Heinkel Flugzeugwerke at the request of the Aichi company. The initial version designed by Heinkel was the He 50, a similar model equipped with floats instead of landing gear. The subsequent model, the He 66 was provided to Aichi who immediately began production of it as the D1A1.

The design of the D1A, based on the Heinkel He 66, an export model of the He 50, was designed as a biplane constructed of metal, with a fabric covering, a fixed landing gear and a conventional type tail landing skid. Original models had 365 kW (490 hp) engines and it was not until later models that more powerful 433 kW (580 hp) engines were included in the construction.

The D1A was primarily used in the Second Sino-Japanese War and up to the time Japan entered World War II in 1941. At the beginning of the Pacific War, all of the remaining D1A1s were decommissioned and most of the D1A2s were retired from the front lines and served primarily in training units. The exception was 68 of the D1A2 model that operated as a second-line support until being retired in 1942. [2]

The Aichi D3A Type 99 Carrier Bomber is a World War II carrier-borne dive bomber. It was the primary dive bomber of the Imperial Japanese Navy (IJN) and was involved in almost all IJN actions, including the attack on Pearl Harbor.

The Aichi B7A Ryusei was a large and powerful carrier-borne torpedo-dive bomber produced by Aichi Kokuki KK for the Imperial Japanese Navy Air Service during the Second World War. Built in only small numbers and deprived of the aircraft carriers it was intended to operate from, the type had little chance to distinguish itself in combat before the war ended in August 1945.

The Nakajima B5N was the standard carrier-based torpedo bomber of the Imperial Japanese Navy (IJN) for much of World War II.

The Nakajima G8N Renzan was a four-engine long-range bomber designed for use by the Imperial Japanese Navy. The Navy designation was "Type 18 land-based attack aircraft" (十八試陸上攻撃機); the Allied code name was "Rita". 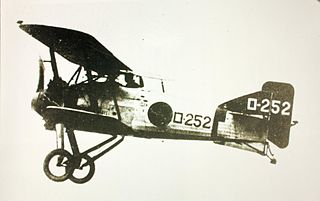 The Nakajima A1N, or Navy Type 3 Carrier Fighter was a Japanese carrier-based fighter of the late-1920s and early-'30s. It was a licensed copy of the British Gloster Gambet fighter, built by the Nakajima Aircraft Company for the Imperial Japanese Navy. Approximately 150 were built in total. There were two versions, the A1N1 and A1N2. 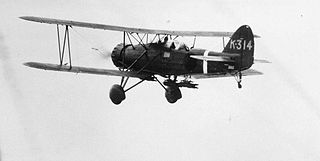 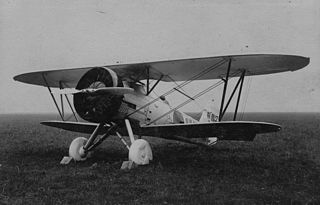 The Nakajima A2N or Navy Type 90 Carrier-based fighter was a Japanese carrier-borne fighter of the 1930s. It was a single-engined biplane of mixed construction, with a fixed tailwheel undercarriage. 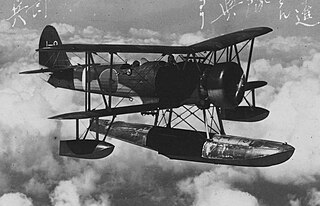 The Nakajima E8N was a Japanese ship-borne, catapult-launched, reconnaissance seaplane of the Second Sino-Japanese War. It was a single-engine, two-seat biplane with a central main-float and underwing outriggers. During the Pacific War, it was known to the Allies by the reporting name "Dave". 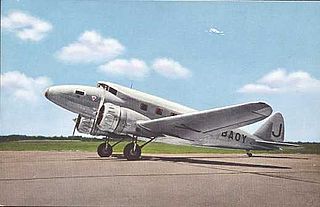 The Nakajima Ki-34 was a Japanese light transport of World War II. It was a twin-engine, low-wing monoplane; the undercarriage was of tailwheel type with retractable main units. During the Pacific War, the Allies assigned the type the reporting name Thora.

The Mitsubishi Ki-15 also known as the Army Type 97 Command Reconnaissance aircraft was a Japanese reconnaissance aircraft and a light attack bomber of the Second Sino-Japanese War and Pacific War. It began as a fast civilian mail-plane. It was a single-engine, low-wing, cantilever monoplane with a fixed tailwheel undercarriage; it carried a crew of two. It served with both the Imperial Japanese Army and Navy. During World War II it was nicknamed "Babs" by the Allies.

The Kugisho B3Y, or Navy Type 92 Carrier Attack Bomber, also popularly titled Yokosuka B3Y, was a Japanese carrier-based torpedo bomber of the 1930s. It was designed by the Naval Air Technical Arsenal at Yokosuka, and while unimpressive during testing, it was ordered into service by the Imperial Japanese Navy and used until replaced by more capable aircraft.

The Mitsubishi K3M2 was a trainer built by Mitsubishi which was used by the Imperial Japanese Navy in an extremely wide variety of roles, including light transport, liaison aircraft, utility aircraft and occasionally light bomber. Its Allied reporting name was Pine.

The Mitsubishi Ki-18 was an unsuccessful and unsolicited attempt by Mitsubishi to meet a 1934 requirement issued by the Japanese Army for a modern single-seat monoplane fighter suitable to the needs of the Imperial Japanese Army Air Force. During this competition, Nakajima entered the Nakajima Ki-11, and Kawasaki entered the more maneuverable Kawasaki Ki-10 biplane. The competition was won by Kawasaki, but the new fighter was not accepted by the IJAAF with much enthusiasm.

The Aichi E10A was a Japanese night reconnaissance flying boat of the 1930s. A single-engined biplane, 15 were built for the Imperial Japanese Navy as the Type 96 Night Reconnaissance Seaplane, serving from 1936 but were retired in 1941 before the Attack on Pearl Harbor.

The Aichi S1A Denko was a Japanese night fighter, intended to replace the Nakajima J1N1-S Gekkou. Like the Gekkou, it was to be equipped with radar to counter the B-29 air raids over Japan. Development time for the S1A increased while trying to overcome design shortcomings, such as the insufficient power of the Navy's requested Nakajima Homare engines, resulting in no aircraft being completed before the war ended.

The Kawanishi K-11 was a 1920s Japanese single-seat carrier fighter designed and built by the Kawanishi Aircraft Company to meet an Imperial Japanese Navy requirement. The type did not enter service and only two prototypes were built.

The Nakajima Ha-5 is a twin row, 14 cylinder air-cooled radial aircraft engine built by the Japanese Nakajima Aircraft Company. The engine was a development of earlier single-row Japanese engines, the Kotobuki and Hikari, which had combined features of the Bristol Jupiter and Pratt & Whitney R-1340 Wasp designs. First introduced in a 1,000 PS prototype in 1933, about 7,000 civilian and 5,500 military Ha-5's were built during World War II. The Ha-5 had separate cam-discs for the front and rear rows of cylinders like American designs, rather than using a single, front-mounted cam-disc with long and short pushrods to operate both rows of cylinder valves. The Ha-5 was a twin-row development of the Nakajima Hikari, which was itself a development of the Nakajima Kotobuki. It spawned several improved variants, namely the Ha-41, with a single stage supercharger, and the Ha-109, which featured a two-speed, single stage supercharger. The later Ha-219 was based on the same cylinder design, but was increased in size to 18 cylinders.

The Kawanishi E10K, also known as Kawanishi Type T, Kawanishi Navy Type 94 Transport Seaplane and Kawanishi Navy Experimental 9-Shi Night Reconnaissance Seaplane, was a small Japanese flying boat of the 1930s. It was a single-engined biplane intended to meet a requirement for a night reconnaissance aircraft for the Imperial Japanese Navy, but was not selected for production, the single prototype being converted to a transport and operated as the Navy Type 94 Transport.

The Nakajima D3N was a Japanese carrier-based dive bomber of the 1930s. Three prototypes were built for the Imperial Japanese Navy, but no production followed, with the Aichi D3A being selected instead.