Arsames (Old Persian : 𐎠𐎼𐏁𐎠𐎶 [1] Aršāma, [2] modern Persian:،آرسام، آرشام‎ [3] Arshām, Greek: Ἀρσάμης; – ca. 520 BC) was the son of Ariaramnes and perhaps briefly the king of Persia during the Achaemenid dynasty, but gave up the throne and declared loyalty to Cyrus II of Persia. After this, Arsames most likely retired to his family estate in the Persian heartland of Parsa, and lived out the rest of his long years there peacefully, though he may nominally have exercised the duties of a "lesser king" under the authority of the "Great King". In an inscription allegedly found in Hamadan [4] he is called "king of Persia", but some scholars believe it is a fraud, either modern or ancient. Another attestation of his reign is the Behistun Inscription, where his grandson Darius I lists him among his royal forebears and counts him among the eight kings who preceded him.

Arsames was the father of Hystaspes, satrap of Parthia, of Pharnaces, satrap of Phrygia and of Megabates, general. Arsames would live to see his grandson, Darius I, become the Great King of the Persian Empire, though he would die during his reign. In any case, he must have been one of the longest-surviving royals anywhere in the world at that time, probably living well into his nineties.

The name translates to "having a hero's strength". [5] 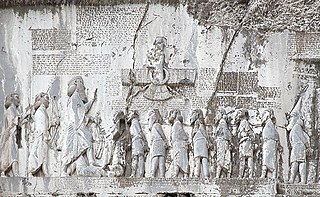 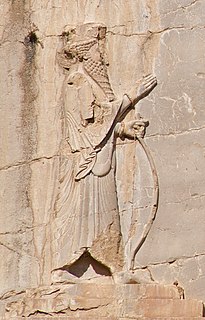 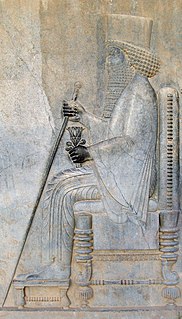 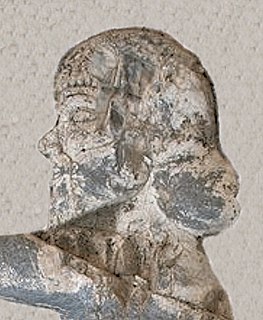 Bardiya, also known as Smerdis among the Greeks, was a son of Cyrus the Great and the younger brother of Cambyses II, both Persian kings. There are sharply divided views on his life. He either ruled the Achaemenid Empire for a few months in 522 BC, or was impersonated by a magus called Gaumāta, until he was toppled by Darius the Great. 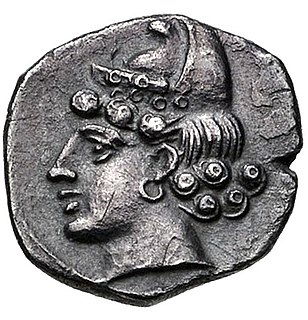 Phraortes, son of Deioces, was the second king of the Median Empire.

Achaemenes was the apical ancestor of the Achaemenid dynasty of rulers of Persia. 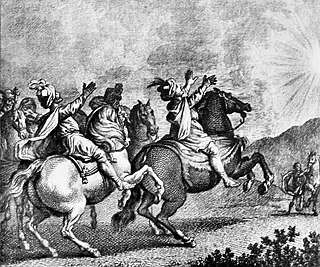 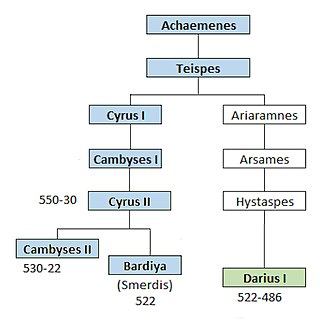 Gobryas was a common name of several Persian noblemen. 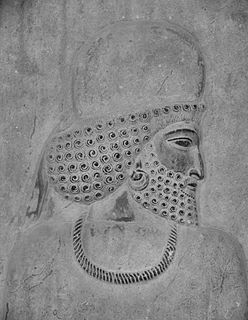 Old Persian cuneiform is a semi-alphabetic cuneiform script that was the primary script for Old Persian. Texts written in this cuneiform have been found in Iran, Armenia, Romania (Gherla), Turkey, and along the Suez Canal. They were mostly inscriptions from the time period of Darius I, such as the DNa inscription, as well as his son, Xerxes I. Later kings down to Artaxerxes III used more recent forms of the language classified as "pre-Middle Persian".