Cambodia at the Olympics

Cambodia did not compete in the Olympics for a 24-year period following the 1972 Summer Olympics due to the activities of the Khmer Rouge regime and was part of the Independent Olympic Team from 1976 to 1992, finally returning for the 1996 Summer Olympics. [2] They have competed in every Summer Olympic Games since. [1]

Bhutan sent a delegation to compete at the 2000 Summer Olympics in Sydney, Australia from 15 September to 1 October 2000. This was the Kingdom's fifth appearance at a Summer Olympic Games. The delegation to Sydney consisted of two archers, Jubzhang Jubzhang and Tshering Chhoden. Both Jubzhang and Choden did not advance past the round of 64 in their respective matches.

The equestrian events at the 1956 Summer Olympics were held in Stockholm due to the Australian quarantine regulations and included dressage, eventing, and show jumping. All three disciplines had both individual and team competitions. The competitions were held from 11 to 17 June 1956 at Stockholm Olympic Stadium. There were 158 entries from 29 countries: Argentina, Australia, Austria, Belgium, Brazil, Bulgaria, Cambodia, Canada, Denmark, Egypt, Finland, France, Germany, Great Britain, Hungary, Ireland, Italy, Japan, Netherlands, Norway, Portugal, Romania, Soviet Union, Spain, Sweden, Switzerland, Turkey, USA and Venezuela. This would be the first appearance for Australia, Cambodia and Venezuela in equestrian events.

Cambodia competed in the Olympic Games for the first time at the 1956 Summer Olympics. Because Cambodia decided to join the boycott over the Suez Crisis, the nation did not send any athletes to Melbourne, Australia where all but equestrian events were held in late November, and early December. To accommodate Australia's strict animal quarantine regulations, Dressage, Eventing, and Show Jumping were held in June at Stockholm Olympic Stadium. Two Cambodian riders, Isoup Ganthy, and Saing Pen, competed in the equestrian events.

Cambodia competed at the 1964 Summer Olympics in Tokyo, Japan. The nation returned to the Olympic Games after missing the 1960 Summer Olympics. Thirteen competitors, all men, took part in ten events in three sports.

Athletes have competed as Independent Olympians at the Olympic Games for various reasons, including political transition, international sanctions, suspensions of National Olympic Committees, and compassion. Independent athletes have come from Macedonia, Cambodia, East Timor, South Sudan and Curaçao following geopolitical changes in the years before the Olympics, from the Federal Republic of Yugoslavia as a result of international sanctions, from India and Kuwait due to the suspensions of their National Olympic Committees, and from Russia for mass violations of anti-doping rules.

Wrestling at the 2016 Summer Olympics in Rio de Janeiro took place from 14 to 21 August at the Carioca Arena 2 in Barra da Tijuca. Wrestling had been split into two disciplines, freestyle and Greco-Roman, which were further divided into different weight categories. Men competed in both disciplines whereas women only participated in the freestyle events, with 18 gold medals awarded. Wrestling had been contested at every modern Summer Olympic Games, except Paris 1900. 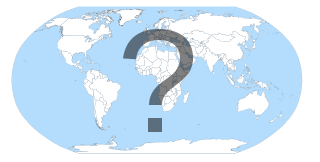 Six bids were made for the 2018 Summer Youth Olympics. The IOC selected three of the bids as candidate cities. On July 4, 2013 Buenos Aires was elected as host city.

Luxembourg sent a delegation to compete at the 2014 Winter Olympics in Sochi, Russia from 7–23 February 2014. This was Luxembourg's eighth appearance at a Winter Olympic Games. The Luxembourgian team consisted of one athlete in cross-country skiing, Kari Peters. In the only event he contested, the men's sprint, he finished in 79th place. He withdrew from the 15 km classical due to illness.

The rate of participation of women in the Olympic Games has been increasing since their first participation in 1900. Some sports are uniquely for women, others are contested by both sexes, while some older sports remain for men only. Studies of media coverage of the Olympics consistently show differences in the ways in which women and men are described and the ways in which their performances are discussed. The representation of women on the International Olympic Committee has run well behind the rate of female participation, and it continues to miss its target of a 20% minimum presence of women on their committee.