Classificatory kinship systems, as defined by Lewis Henry Morgan, put people into society-wide kinship classes on the basis of abstract relationship rules. These may have to do with genealogical relations locally (e.g., son to father, daughter to mother, daughter to father) but the classes bear no overall relation to genetic closeness. If a total stranger marries into the society, for example, they may simply be placed in the appropriate class opposite to their spouse. It uses kinship terms that merge or equate relatives who are genealogically distinct from one another. Here, the same term is used for different kin. 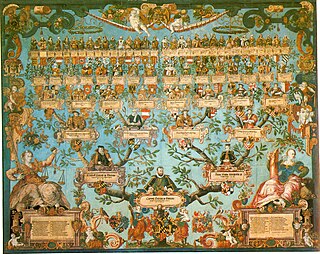 Genealogy, also known as family history, is the study of families and the tracing of their lineages and history. Genealogists use oral interviews, historical records, genetic analysis, and other records to obtain information about a family and to demonstrate kinship and pedigrees of its members. The results are often displayed in charts or written as narratives.

The Dravidian kinship-term system, discovered in 1964, is an example of a classificatory kin-term logic.

A clan is a group of people united by actual or perceived kinship and descent. Even if lineage details are unknown, clan members may be organized around a founding member or apical ancestor. Clans in indigenous societies tend to be exogamous, meaning that their members cannot marry one another. Clans preceded more centralized forms of community organization and government, and exist in every country. Members may identify with a coat of arms or other symbol to show they are an independent clan. The kinship-based bonds may also have a symbolic ancestor, whereby the clan shares a "stipulated" common ancestor that is a symbol of the clan's unity. When this "ancestor" is non-human, it is referred to as a totem, which is frequently an animal. 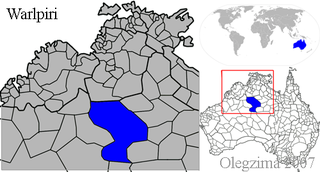 The term ethnotaxonomy refers either to that subdiscipline within ethnology which studies the taxonomic systems defined and used by individual ethnic groups, or to the operative individual taxonomy itself, which is the object of the ethnologist's immediate study.