A clan is a group of people united by actual or perceived kinship [1] and descent. Even if lineage details are unknown, clan members may be organized around a founding member or apical ancestor. Clans, in indigenous societies[ clarify ], tend to be endogamous, meaning that their members can marry one another. Clans preceded more centralized forms of community organization and government, and exist in every country. Members may identify with a coat of arms or other symbol to show that they are an independent clan[ clarify ]. The kinship-based bonds may also have a symbolic ancestor, whereby the clan shares a "stipulated" common ancestor that is a symbol of the clan's unity. When this "ancestor" is non-human, it is referred to as a totem, which is frequently an animal.

The English word "clan" is derived from old Irish clann [1] meaning "children", "offspring", "progeny" or "descendants"; it is not from the word for "family" or "clan" in either Irish [2] [3] or Scottish Gaelic. According to the Oxford English Dictionary , the word "clan" was introduced into English in around 1425, as a descriptive label for the organization of society in Ireland and the Scottish Highlands. [4]

In different cultures and situations, a clan usually has different meaning than other kin-based groups, such as tribes and bands. Often, the distinguishing factor is that a clan is a smaller, integral part of a larger society such as a tribe, chiefdom, or a state. In some societies, clans may have an official leader such as a chief, matriarch or patriarch; or such leadership role is performed by elders. In others, leadership positions may have to be achieved.

Examples include Irish, Scottish, Chinese, Korean, and Japanese clans, which exist as kin groups within their respective nations. Note, however, that tribes and bands can also be components of larger societies. The early Norse clans, the ætter, are often translated as "house" or "line". The Biblical tribes of Israel were composed of many clans. [5] Arab clans are sub-tribal groups within Arab society. Native American and First Nations peoples, often referred to as "tribes", also have clans. For instance, Ojibwa bands are smaller parts of the Ojibwa people or tribe in North America. The many Native American peoples are distinguished by language and culture, and most have clans and bands as the basic kinship organizations. In some cases tribes recognized each other's clans; for instance, both the Chickasaw and Choctaw tribes of the Southeast United States had fox and bear clans, who felt a kinship that reached beyond their respective tribes.

Apart from these different historical traditions of kinship, conceptual confusion arises from colloquial usages of the term. In post-Soviet countries, for example, it is quite common to speak of "clans" in reference to informal networks within the economic and political sphere. This usage reflects the assumption that their members act towards each other in a particularly close and mutually supportive way, approximating the solidarity among kinsmen. Similar usage of the term applies to specific groups of various cultures and nationalities involved in organized crime. Polish clans differ from most others as they are a collection of families who bear the same coat of arms, as opposed to claiming a common descent (see Polish heraldry). There are multiple closely related clans in the Indian subcontinent, especially South India.

Clans by continent or region

a Meaning the transcontinental area between Asia and Europe. 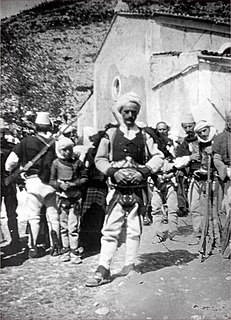 The term tribe is used in many different contexts to refer to a category of human social group. The predominant usage of the term is in the discipline of anthropology. The definition is contested, in part due to conflicting theoretical understandings of social and kinship structures, and also reflecting the problematic application of this concept to extremely diverse human societies. The concept is often contrasted by anthropologists with other social and kinship groups, being hierarchically larger than a lineage or clan, but smaller than a chiefdom, nation or state. These terms are equally disputed. In some cases tribes have legal recognition and some degree of political autonomy from national or federal government, but this legalistic usage of the term may conflict with anthropological definitions.

In Celtic cultures, a bard is a professional story teller, verse-maker, music composer, oral historian and genealogist, employed by a patron to commemorate one or more of the patron's ancestors and to praise the patron's own activities. 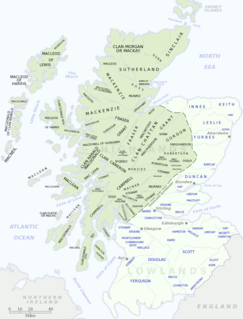 A sept is a division of a family, especially of a Scottish or Irish family. The term is used in both Scotland and Ireland, where it may be translated as sliocht, meaning "progeny" or "seed", which may indicate the descendants of a person. The word may derive from the Latin saeptum, meaning "enclosure" or "fold", or via an alteration of "sect".

Craic or crack is a term for news, gossip, fun, entertainment, and enjoyable conversation, particularly prominent in Ireland. It is often used with the definite article – the craic – as in the expression "What's the craic?". The word has an unusual history; the Scots and English crack was borrowed into Irish as craic in the mid-20th century and the Irish spelling was then reborrowed into English. Under either spelling, the term has attracted popularity and significance in Ireland. 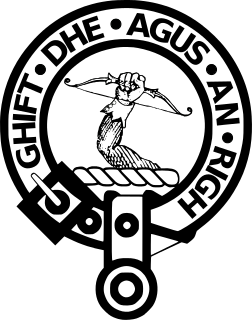 Clan MacInnes is a Scottish clan originally from the western highlands of Scotland. The origin of clan is Morvern and Ardgour, Argylshire, with its clan name coming into existence in the 13th century. The clan's chief and his heirs were assassinated in the 14th century meaning that the clan no longer has a clan chief. Clan MacInnes is not associated - in any way - with the Clan Innes which hails from Moray. 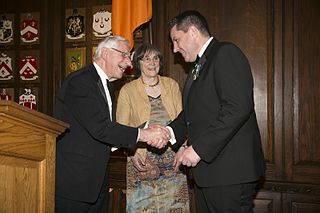 Irish clans are traditional kinship groups sharing a common surname and heritage and existing in a lineage-based society, originating prior to the 17th century. A clan included the chief and his agnatic relatives; however Irish clans also included unrelated clients of the chief.

Túath is the Old Irish term for the basic political and jurisdictional unit of Gaelic Ireland. Túath can refer to both a geographical territory as well the people who lived in that territory.

Rí, or commonly ríg (genitive), is an ancient Gaelic word meaning "king". It is used in historical texts referring to the Irish and Scottish kings, and those of similar rank. While the Modern Irish word is exactly the same, in modern Scottish Gaelic it is rìgh, apparently derived from the genitive. Cognates include Gaulish Rix, Latin rex/regis, Spanish rey, French roi, Sanskrit raja, and German Reich. 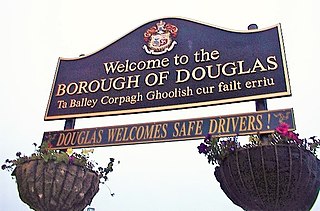 Sláinte means "health" in Irish and Scottish Gaelic. It is commonly used as a drinking toast in Ireland, Scotland and the Isle of Man.

The Anishinaabe, like most Algonquian-speaking groups in North America, base their system of kinship on patrilineal clans or totems. The Ojibwe word for clan (doodem) was borrowed into English as totem. The clans, based mainly on animals, were instrumental in traditional occupations, intertribal relations, and marriages. Today, the clan remains an important part of Anishinaabe identity. 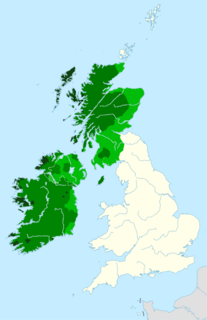 The Gaels are an ethnolinguistic group native to Ireland, Scotland and the Isle of Man in northwestern Europe. They are associated with the Gaelic languages: a branch of the Celtic languages comprising Irish, Manx and Scottish Gaelic.

MacMhuirich is a masculine surname in Scottish Gaelic. The feminine form of the surname is NicMhuirich. The masculine form translates into English as "son of Muireach", and the feminine name translates as "daughter of MacMhuirich". The personal name Muireach means "mariner". The surname has been borne by a noted Hebridean family of bards, who claimed descent from an early 13th-century Irish bard.