Polyfidelity is a form of non-monogamy, an intimate relationship structure where all members are considered equal partners and agree to restrict sexual activity to only other members of the group. 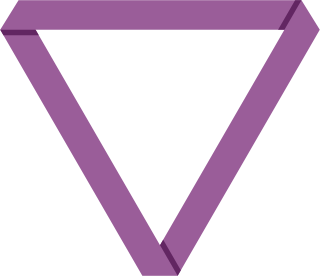 Non-monogamy is an umbrella term for every practice or philosophy of intimate relationship that does not strictly hew to the standards of monogamy, particularly that of having only one person with whom to exchange sex, love, and affection. In that sense, "nonmonogamy" may be as accurately applied to infidelity and extramarital sex as to group marriage or polyamory.

The practices and beliefs underlying polyfidelity have long existed, but in uncodified fashion. The Oneida Commune of the mid-19th century practiced complex marriage, encouraging individual members in the freedom to have multiple ongoing sexual relationships within the community, as an expression of their beliefs and religious faith. This was occasionally referred to as a group marriage, a term brought back to popular recognition by the 1974 publication of Group Marriage: a study of contemporary multilateral marriage by Larry Constantine and Joan Constantine.

Group marriageis a non-monogamous marriage-like arrangement where three or more adults live together, all considering themselves partners, sharing finances, children, and household responsibilities. Group marriage is considered a form of polyamory. The term does not refer to bigamy as no claim to being married in formal legal terms is made. 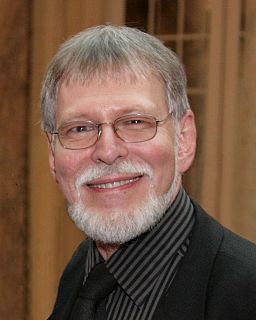 Larry LeRoy Constantine is an American software engineer, professor in the Center for Exact Sciences and Engineering at the University of Madeira Portugal, and considered one of the pioneers of computing. He has contributed numerous concepts and techniques forming the foundations of modern practice in software engineering and applications design and development.

The term polyfidelity was coined in the "New Tribe" of the Kerista Commune. [1] [2] The community at first expected all of its members, within bounds of gender and sexual orientation, to be sexually active with all other members, and for exclusive relationships not to be formed within the group. Adding new members would require consensus rather than violate the fundamental compact.

Kerista was a utopian community that was started in New York City in 1956 by John Peltz "Bro Jud" Presmont. Throughout much of its history, Kerista was centered on the ideals of polyfidelity and creation of intentional communities. Kerista underwent several incarnations that later became known as the "Old Tribe," which was associated with a fairly large, but fluid membership. In much of that era,"Old Tribe" Keristans were involved in swinging or what they called polyintimacy and was later renamed polyamory. The "New Tribe," a period of more stable membership and ideology, began in 1971 based in the Haight Ashbury district of San Francisco. 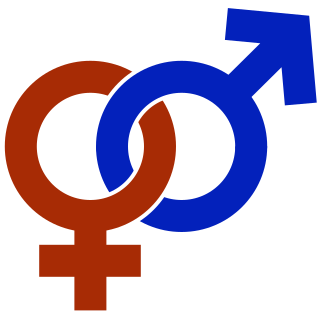 Gender is the range of characteristics pertaining to, and differentiating between, masculinity and femininity. Depending on the context, these characteristics may include biological sex, sex-based social structures, or gender identity. Many if not most societies use a gender binary, having two genders, men and women; those who exist outside these groups fall under the umbrella term non-binary or genderqueer. Some societies have specific genders besides "man" and "woman", such as the hijras of South Asia; these are often referred to as third genders.

Polyfidelitous relationships are, like monogamous relationships, closed in the sense that partners agree not to be sexual with someone not in the relationship. The difference is that more than two people are included in the closed group. New members may generally be added to the group only by unanimous agreement of the existing members, or the group may not be interested in further expansion.

While being a subtype of the more general polyamory, polyfidelity can resemble monogamy in its relationship power dynamics, attitudes towards autonomy and group consent, as most often polyfidelity develops from an established closed-monogamous couple seeking to add one or more individuals or another couple. In this sense, polyfidelity expands upon standard practices and beliefs of monogamy while still being categorically polyamory. 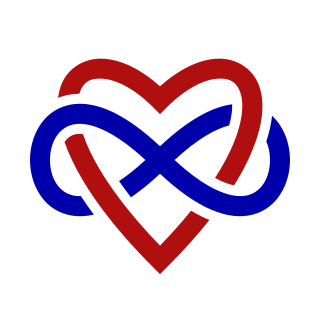 Polyamory is the practice of, or desire for, intimate relationships with more than one partner, with the consent of all partners involved. It has been described as "consensual, ethical, and responsible non-monogamy". People who identify as polyamorous believe in an open relationship with a conscious management of jealousy; they reject the view that sexual and relational exclusivity are necessary for deep, committed, long-term loving relationships.

A commonly cited advantage of polyfidelity is the ability to "fluid bond" among more than two people while maintaining relative safety regarding STDs, so long as any new members are sufficiently tested before fluid bonding with the group, and keep their commitments. This would have health advantages similar to monogamy, although risks rise somewhat with each person added.

Some gain a sense of emotional safety from the relatively closed nature of the polyfaithful commitment.

Polyfidelity inherently affords less flexibility than other forms of nonmonogamy. For example, open relationships do not necessarily restrict sexual and emotional bonding to such a degree.

As many polyfidelitous people have transitioned directly from closed monogamy, they can encounter problems in learning to communicate intimately with more than one partner.

In the book Lesbian Polyfidelity, author Celeste West uses the term polyfidelity in much the same way that others use polyamory. This may represent independent coinage of the same term within a different community, and this usage is not common among polyamorists in general. West uses the term to emphasize the concept (common in polyamory) that one can be faithful to one's commitments without those commitments including sexual exclusivity.

Open marriage is a form of non-monogamy in which the partners of a dyadic marriage agree that each may engage in extramarital sexual relationships, without this being regarded by them as infidelity, and consider or establish an open relationship despite the implied monogamy of marriage.

In biology, a pair bond is the strong affinity that develops in some species between a mating pair consisting of a male and a female, leading to the production and rearing of offspring and potentially a lifelong bond. Pair-bonding is a term coined in the 1940s that is frequently used in sociobiology and evolutionary biology circles. The term often implies either a lifelong socially monogamous relationship or a stage of mating interaction in socially monogamous species. It is sometimes used in reference to human relationships.

Monogamous pairing in animals refers to the natural history of mating systems in which species pair bond to raise offspring. This is associated, usually implicitly, with sexual monogamy.

An open marriage, sometimes referred to as consensual non-monogamy or CNM, is a type of union wherein the involved parties unequivocally consent to their partners entering or engaging in romantic and/or sexual relationships with other people. 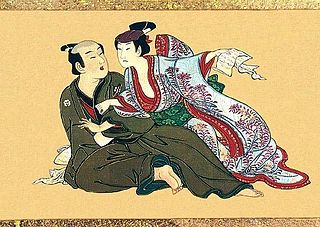 The sociology of jealousy deals with cultural and social factors that influence what causes jealousy, how jealousy is expressed, and how attitudes toward jealousy change over time.

Polyamory, the lifestyle or choice of having multiple mutually aware and consenting loving relationships, often requires a degree of negotiation and individual choice to reach a solid basis for relationships. In negotiating the terms of polyamorous relationships, practitioners emphasize values within polyamory, as opposed to referring to predetermined rules and roles.

Loving More is a national non-profit organization concerned with support, advocacy and polyamory awareness for the polyamorous community. The three most visible projects of Loving More are Loving More magazine, the Loving More website and two annual Loving More conferences, one on the east coast and the other on the west coast of the United States. Loving More is the oldest and longest-running polyamory organization, with over 3000 members. They have worked to bring awareness of polyamory to the public and to support people exploring alternative possibilities in relationships.

Relationship anarchy is the belief that relationships should not be bound by rules aside from what the people involved mutually agree upon. If a relationship anarchist has multiple intimate partners, it might be considered as a form of polyamory, but distinguishes itself by postulating that there need not be a formal distinction between sexual, romantic, or platonic relationships.

Mutual monogamy is a form of monogamy that exists when two partners agree to be sexually active with only one another. Being in a long-term mutually monogamous relationship reduces the risk of acquiring a sexually transmitted infection (STI). It is one of the most reliable ways to avoid STIs. Those who choose mutual monogamy can be tested before the sexual relationship to be certain they are not infected. This strategy for the prevention of acquiring a sexually transmitted infection requires that each partner remain faithful and does not engage in sexual activity with another partner.

Amatonormativity is a term coined by Arizona State University professor of philosophy Elizabeth Brake to capture societal assumptions about romance. Brake wanted a word to describe the pressure she received by many to prioritize marriage in her own life when she did not want to. The term doesn't necessarily only involve social pressures for marriage but general pressures involving romance.