Sudanese kinship, also referred to as the descriptive system, is a kinship system used to define family. Identified by Lewis Henry Morgan in his 1871 work Systems of Consanguinity and Affinity of the Human Family, the Sudanese system is one of the six major kinship systems (Eskimo, Hawaiian, Iroquois, Crow, Omaha and Sudanese). [1]

The system is named for the peoples of South Sudan. The Sudanese kinship system also existed in ancient Latin-speaking [2] and Anglo-Saxon [3] cultures. It exists today among present-day Arab and Turkish [4] cultures. It tends to co-occur with patrilineal descent, and it is often said to be common in complex and stratified cultures. [5]

Balkan kinships such as Bulgarian, Serbian, and Bosniak follow this system for different patrilinear and matrilinear uncles but collapse mother's sister and father's sister into the same term of "aunt" and Croatian and Macedonian further collapse the offspring of the uncles into one term.

Shifu, or sifu in Cantonese is a title for and role of a skillful person or a master. The character 師/师 means "skilled person" or "teacher", while the meaning of 傅 is "tutor" and the meaning of 父 is "father". 傅 and 父 are both pronounced "fu" with the same tones in Cantonese and Mandarin.

Hangzhou dialect, is spoken in the city of Hangzhou and its immediate suburbs, but excluding areas further away from Hangzhou such as Xiāoshān (蕭山) and Yúháng (余杭). The number of speakers of the Hangzhou dialect has been estimated to be about 1.2 to 1.5 million. It is a dialect of Wu, one of the Chinese varieties. The Hangzhou dialect is of immense interest to Chinese historical phonologists and dialectologists because phonologically, it exhibits extensive similarities with the other Wu dialects; however, grammatically and lexically, it shows many Mandarin tendencies.

The kinship terms of Hindustani (Hindi-Urdu) differ from the English system in certain respects. In the Hindustani system, kin terms are based on gender, and the difference between some terms is the degree of respect. Moreover, "In Hindi and Urdu kinship terms there is clear- out distinction between the blood relations and affinal relations."

Sima Yi (179–251) was a general, politician and regent of the state of Cao Wei (220–266) in the Three Kingdoms period (220–280) in China. Two of his sons, Sima Shi (208–255) and Sima Zhao (211–265), rose to power in the 250s and consecutively served as regents throughout the reigns of the last three Wei emperors. After Sima Zhao died in September 265, his son Sima Yan (236–290) forced the last Wei ruler, Cao Huan (246–303), to abdicate the throne in his favour in February 266, ending the Wei regime and establishing the Jin dynasty (265–420). This article contains the family trees of Sima Yi, his brothers, and their descendants up to Sima Yan's generation. For more details on the family trees of the Jin emperors, see Chinese emperors family tree (early)#Jin Dynasty and Chu. 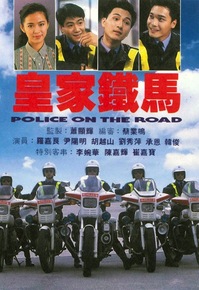