A daughter is a female offspring; a girl or a woman in relation to her parents. Daughterhood is the state of being someone's daughter. The male counterpart is a son. Analogously the name is used in several areas to show relations between groups or elements. From biological perspective, a daughter is a first degree relative. The word daughter also has several other connotations attached to it, one of these being used in reference to a female descendant or consanguinity. It can also be used as a term of endearment coming from an elder.

In patriarchal societies, daughters often have different or lesser familial rights than sons. A family may prefer to have sons rather than daughters and subject daughters to female infanticide. [1] In some societies it is the custom for a daughter to be 'sold' to her husband, who must pay a bride price. The reverse of this custom, where the parents pay the husband a sum of money to compensate for the financial burden of the woman and is known as a dowry. The payment of a dowry can be found in societies where women do not labour outside the home.

In the United States, the birth rate is 105 sons to 100 daughters which has been the natural birth rate since the 18th century. In the US, prospective parents seeking to adopt a child display a slight preference for girls over boys. [2] In fertility clinics that enable sex preferences, daughters are usually preferred over sons. [3] In the traditions of various Abrahamic religions, Luluwa is regarded as the first daughter to have ever existed. [4]

The role of the daughter has been an important theme in literature, especially when exploring relationships between family members and gender roles. Through exploration of the relationship between children and their parents, readers can draw conclusions about the impact of parenting style on the growth and development of a child's character and personality.

Notable daughters whose character and development has been impacted by their parents in literature have been: [5]

Sex-selective abortion is the practice of terminating a pregnancy based upon the predicted sex of the infant. The selective abortion of female fetuses is most common where male children are valued over female children, especially in parts of East Asia and South Asia, as well as in the Caucasus, Western Balkans, and to a lesser extent North America.

A wife is a female in a marital relationship. A woman who has separated from her partner continues to be a wife until the marriage is legally dissolved with a divorce judgement. On the death of her partner, a wife is referred to as a widow. The rights and obligations of a wife in relation to her partner and her status in the community and in law vary between cultures and have varied over time.

Female infanticide is the deliberate killing of newborn female children. In countries with a history of female infanticide, the modern practice of gender-selective abortion is often discussed as a closely related issue. Female infanticide is a major cause of concern in several nations such as China, India and Pakistan. It has been argued that the low status in which women are viewed in patriarchal societies creates a bias against females.

The legal rights of women refers to the social and human rights of women. One of the first women's rights declarations was the Declaration of Sentiments. The dependent position of women in early law is proved by the evidence of most ancient systems.

A girl is a young female human, usually a child or an adolescent. When a girl becomes an adult, she is accurately described as a woman. However, the term girl is also used for other meanings, including young woman, and is sometimes used as a synonym for daughter, or girlfriend. In certain contexts, the usage of girl for a woman may be derogatory. Girl may also be a term of endearment used by an adult, usually a woman, to designate adult female friends. Girl also appears in portmanteaus like showgirl, cowgirl, and schoolgirl.

Bride burning is a form of domestic violence practiced in countries located on or around the Indian subcontinent. A category of dowry death, bride-burning occurs when a young woman is murdered by her husband or his family for her family's refusal to pay additional dowry. The wife is typically doused with kerosene, gasoline, or other flammable liquid, and set alight, leading to death by fire. Kerosene is often used as the cooking fuel for dangerous small petrol stoves, so it allows the claim that the crime was an accident. It is most common in India and has been a major problem there since at least 1993.

Dowry deaths are deaths of married women who are murdered or driven to suicide by continuous harassment and torture by their husbands and in-laws over a dispute about their dowry, making the women's homes the most dangerous place for them to be. Dowry deaths are found predominantly in India, Pakistan, Bangladesh, and Iran.

A husband is a male in a marital relationship, who may also be referred to as a spouse. The rights and obligations of a husband regarding his spouse and others, and his status in the community and in law, vary between societies and cultures, and have varied over time. 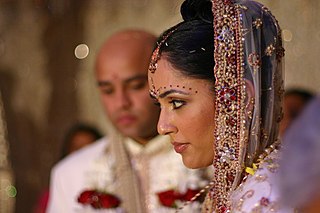 Hindu marriage harmonizes two individuals for ultimate eternity, so that they can pursue dharma (responsibility/duties), arth (meaning), and kama. It is a union of two individuals as spouses, and is recognized by liveable continuity. In Hinduism, marriage is not followed by traditional rituals for consummation. In fact, marriage is considered complete or valid even without consummation because the marriage is between two souls and it is beyond the body. It also joins two families together. Favorable colours are normally red and gold for this occasion.

Arranged marriage is a tradition in the societies of the Indian subcontinent, and continue to account for an overwhelming majority of marriages in the Indian subcontinent. Despite the fact that romantic love is "wholly celebrated" in both Indian mass media and folklore, and the arranged marriage tradition lacks any official legal recognition or support, the institution has proved to be "surprisingly robust" in adapting to changed social circumstances and has defied predictions of decline as India modernized. 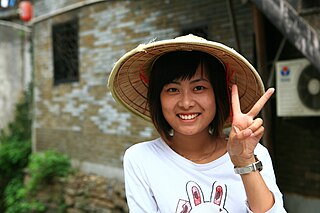 The lives of women in China have changed significantly due to the late Qing Dynasty reforms, the changes of the Republican period, the Chinese Civil War, and the rise of the People's Republic of China.

The status of women in Nepal has varied throughout history. In the early 1990s, like in some other Asian countries, women in Nepal were generally subordinate to men in virtually every aspect of life. Historically, Nepal has been a predominantly patriarchal society where women are generally subordinate to men. Men were considered to be the leader of the family and superior to women. Also, social norms and values were biased in favor of men. This strong bias in favor of sons in society meant that daughters were discriminated against from birth and did not have equal opportunities to achieve all aspects of development. Daughters were deprived of many privileges, including rights, education, healthcare, parental property rights, social status, last rites of dead parents, and were thought to be other's property and liabilities. In the past century, there has been a dramatic positive change in the role and status of women in Nepal, reducing gender inequality. While the 1990 Constitution guaranteed fundamental rights to all citizens without discrimination on the basis of ethnicity, caste, religion, or sex, the modernization of society, along with increased education of the general population, have also played an important role in promoting gender equality. The roles of women have changed in various ways in the modern Nepalese society.

Gender inequality in India refers to the health, education, economic and political inequalities between men and women in India. Various international gender inequality indices rank India differently on each of these factors, as well as on a composite basis, and these indices are controversial. 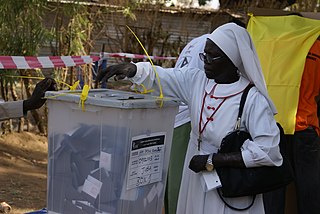 Women in South Sudan are women who live in and are from South Sudan. Since the Independence of South Sudan on 9 July 2011, these women have gained more power but still face issues of inequality. Many women in this area do not have adequate access to health resources and education. While these women often face inequality, there has been progress since South Sudan's official declaration of independence. In recent years, this inequality has gained national attention and people have become more interested in the issue of child marriage that this area faces. Along with this, there has started to be a focus on the very high level of maternal mortality in South Sudan. With a maternal mortality rate of 789 deaths per 100,000 live births, South Sudan has one of the highest rates in the world. 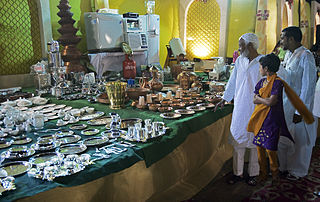 The dowry system in India refers to the durable goods, cash, and real or movable property that the bride's family gives to the groom, his parents and his relatives as a condition of the marriage. Dowry is essentially in the nature of a payment in cash or some kind of gifts given to the groom’s family along with the bride and includes cash, jewellery, electrical appliances, furniture, bedding, crockery, utensils, vehicles and other household items that help the newlyweds set up their home. Dowry is referred to as jahez in urdu. 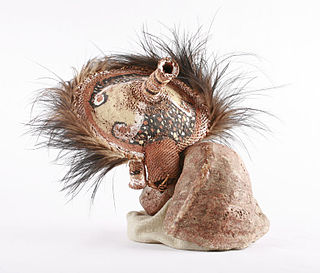 Bride price, bridewealth, or bride token, is money, property, or other form of wealth paid by a groom or his family to the woman or the family of the woman he will be married to or is just about to marry. Bride price can be compared to dowry, which is paid to the groom, or used by the bride to help establish the new household, and dower, which is property settled on the bride herself by the groom at the time of marriage. Some cultures may practice both dowry and bride price simultaneously. Many cultures practiced bride pricing prior to existing records.

Guang Gun is a popular term used to describe single individuals in Chinese culture. Alternatively, this term can be called "leftover men". During the Ming dynasty, the term "bare sticks" was used to describe male individuals who participated in illegal activities ranging from robberies to prostitution. The Ming Code, one of the most important codes written in Chinese history in order to regulate society, "specifically labeled bare sticks: demobilized soldiers, the homeless, and other marginalized people 'not engaged in honest work'". The Chinese media has constructed the myth of protest masculinity that single unmarried men might threaten social harmony due to their inability to get married and further the family lineage.