Non-monogamy (or nonmonogamy) is an umbrella term for every practice or philosophy of non-dyadic intimate relationship that does not strictly hew to the standards of monogamy, particularly that of having only one person with whom to exchange sex, love, and affection. In that sense, "nonmonogamy" may be as accurately applied to infidelity and extramarital sex as to group marriage or polyamory.

In sociology, a dyad is a group of two people, the smallest possible social group. As an adjective, "dyadic" describes their interaction.

More specifically, "nonmonogamy" indicates forms of interpersonal relationship, intentionally undertaken, in which demands for exclusivity (of sexual interaction or emotional connection, for example) are attenuated or eliminated, and individuals may form multiple and simultaneous sexual or romantic bonds. [1] This stands in contrast to monogamy, yet may arise from the same psychology. [2]

An interpersonal relationship is a strong, deep, or close association or acquaintance between two or more people that may range in duration from brief to enduring. The context can vary from family or kinship relations, friendship, marriage, relations with associates, work, clubs, neighborhoods, and places of worship. Relationships may be regulated by law, custom, or mutual agreement, and form the basis of social groups and of society as a whole.

Infidelity is a violation of a couple's assumed or stated contract regarding emotional and/or sexual exclusivity. Other scholars define infidelity as a violation according to the subjective feeling that one's partner has violated a set of rules or relationship norms; this violation results in feelings of anger, jealousy, sexual jealousy, and rivalry.

The concepts of monogamy and marriage have been strongly intertwined for centuries, and in English-language dictionaries one is often used to define the other, as when "monogamy" is "being married to one person at a time."[ citation needed ] A common antonym is polygamy, meaning to have more than one spouse at one time. [3] As a result, monogamy is deeply entrenched within many religions and in social regulations and law, and exceptions are condemned as incursions on both morality and public health.

In lexical semantics, opposites are words lying in an inherently incompatible binary relationship, like the opposite pairs big : small, long : short, ‘’tall : short’’, and precede : follow. The notion of incompatibility here refers to the fact that one word in an opposite pair entails that it is not the other pair member. For example, something that is long entails that it is not short. It is referred to as a 'binary' relationship because there are two members in a set of opposites. The relationship between opposites is known as opposition. A member of a pair of opposites can generally be determined by the question What is the opposite of  X ?

To some, the term non-monogamy semantically implies that monogamy is the norm, with other forms of relational intimacy being deviant and therefore somehow unhealthy or immoral. [4]

Semantics is the linguistic and philosophical study of meaning in language, programming languages, formal logics, and semiotics. It is concerned with the relationship between signifiers—like words, phrases, signs, and symbols—and what they stand for in reality, their denotation.

In sociology, deviance describes an action or behavior that violates social norms, including a formally enacted rule, as well as informal violations of social norms. Deviance is a behavioural disposition that is not in conformity with an institutionalized set-up or code of conduct. Although deviance may have a negative connotation, the violation of social norms is not always a negative action; positive deviation exists in some situations. Although a norm is violated, a behavior can still be classified as positive or acceptable.

In recent years,[ when? ]consensual non-monogamy (CNM) [5] or ethical non-monogamy (ENM) have been used to typify relationships (or hope to create relationships) where partners mutually agree to form relationships with others as well, protected by superficial monogamy and marriage. This may encompass swinging, polyamory, and other non-exclusive intimacy, [4] depending upon the degree to which the involved individuals are seeking a sexual encounter or an emotional connection, [6] but able to freely return to the socially safe appearance of monogamy.

Many terms for non-monogamous practices are vague, being based on criteria such as "relationship" or "love" that are themselves questionably defined. There are forms whose practitioners set themselves apart by qualifiers, such as "ethically non-monogamous" which intends a distancing from the deceit or subterfuge they perceive in common cheating and adultery.

Adultery is extramarital sex that is considered objectionable on social, religious, moral, or legal grounds. Although the sexual activities that constitute adultery vary, as well as the social, religious, and legal consequences, the concept exists in many cultures and is similar in Christianity, Islam, and Judaism. A single act of sexual intercourse is generally sufficient to constitute adultery, and a more long-term sexual relationship is sometimes referred to as an affair.

As well, usage creates distinctions beyond the definitions of the words. For example, though some relations might literally be both polygamous and polyamorous, polygamy usually signifies a codified form of multiple marriage, based on established religious teachings, while polyamory is based on the preferences of the participants rather than social custom or established precedent. Similarly, swingers may intentionally avoid emotional and social connection to those—other than their primary partner—with whom they have sex, so may or may not be polyamorous.

Forms of non-monogamy are many, a few being: 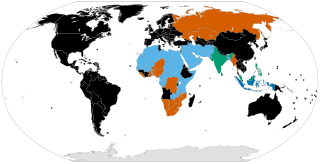 Polygyny is the most common and accepted form of polygamy, entailing the marriage of a man with several women. Most countries which permit polygamy are Muslim-majority countries in which polygyny is permitted.

Polyamory is the practice of, or desire for, intimate relationships with more than one partner, with the consent of all partners involved. It has been described as "consensual, ethical, and responsible non-monogamy". People who identify as polyamorous believe in an open relationship with a conscious management of jealousy; they reject the view that sexual and relational exclusivity are necessary for deep, committed, long-term loving relationships. 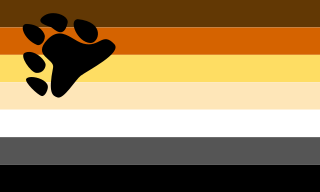 Sexuality and gender identity-based cultures are subcultures and communities composed of people who have shared experiences, backgrounds, or interests due to common sexual or gender identities. Among the first to argue that members of sexual minorities can also constitute cultural minorities were Adolf Brand, Magnus Hirschfeld, and Leontine Sagan in Germany. These pioneers were later followed by the Mattachine Society and the Daughters of Bilitis in the United States.

An affair is a sexual relationship, romantic friendship, or passionate attachment between two people without the attached person's significant other knowing.

Open marriage is a form of non-monogamy in which the partners of a dyadic marriage agree that each may engage in extramarital sexual relationships, without this being regarded by them as infidelity, and consider or establish an open relationship despite the implied monogamy of marriage.

Polyfidelity is a form of non-monogamy, an intimate relationship structure where all members are considered equal partners and agree to restrict sexual activity to only other members of the group.

Group marriage is a non-monogamous marriage-like arrangement where three or more adults live together, all considering themselves partners, sharing finances, children, and household responsibilities. Group marriage is considered a form of polyamory. The term does not refer to bigamy as no claim to being married in formal legal terms is made.

Polyamory, the lifestyle or choice of having multiple mutually aware and consenting loving relationships, often requires a degree of negotiation and individual choice to reach a solid basis for relationships. In negotiating the terms of polyamorous relationships, practitioners emphasize values within polyamory, as opposed to referring to predetermined rules and roles.

The term emotional affair is used to categorise or explain a certain type of relationship.

Relationship anarchy is the belief that relationships should not be bound by rules aside from what the people involved mutually agree upon. If a relationship anarchist has multiple intimate partners, it might be considered as a form of non-monogamy, but distinguishes itself by postulating that there need not be a formal distinction between sexual, romantic, or platonic relationships.

Justin J. Lehmiller is an American social psychologist and author, known for his popular book, Tell Me What You Want: The Science of Sexual Desire and How It Can Help You Improve Your Sex Life, and textbook, The Psychology of Human Sexuality.