Don Kulick (born 5 September 1960) [1] is professor of anthropology at Uppsala University in Sweden. Kulick works within the frameworks of both cultural and linguistic anthropology, and has carried out field work in Papua New Guinea, Brazil, Italy and Sweden. Kulick is also known for his extensive fieldwork on the Taiap people and their language in Gapun village of East Sepik Province, Papua New Guinea.

Previous academic positions were at both Stockholm and Linköping Universities. He was previously a Professor of Anthropology and Director of the Center for the Study of Gender and Sexuality at New York University, before becoming a Professor of Anthropology and Chair of the Department of Comparative Human Development at the University of Chicago. He has been considered one of Sweden's foremost queer theorists and was influential in introducing queer theory to Sweden.

Judith Pamela Butler is an American philosopher and gender theorist whose work has influenced political philosophy, ethics, and the fields of third-wave feminist, queer, and literary theory. In 1993, she began teaching at the University of California, Berkeley, where she has served, beginning in 1998, as the Maxine Elliot Professor in the Department of Comparative Literature and the Program of Critical Theory. She is also the Hannah Arendt Chair at the European Graduate School.

Linguistic anthropology is the interdisciplinary study of how language influences social life. It is a branch of anthropology that originated from the endeavor to document endangered languages, and has grown over the past century to encompass most aspects of language structure and use. 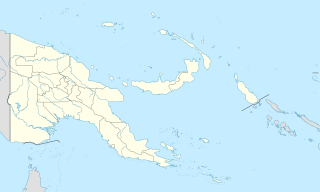 Tayap is an endangered Papuan language spoken by less that 50 people in Gapun village of Marienberg Rural LLG in East Sepik Province, Papua New Guinea. It is being replaced by the national language and lingua franca Tok Pisin.

Michael G. Flood is an Australian sociologist and an Associate Professor at the Queensland University of Technology School of Justice. Flood gained his doctorate in gender and sexuality studies from the Australian National University. His areas of research are on violence against women, fathering, pro-feminism, domestic violence, the effects of pornography on young people, safe sex among heterosexual men, men's movements as a backlash to the feminist movement, men's relationships with each other and with women, homophobia, men's health, and gender justice. He is a regular contributor to and is regularly quoted in the media on these and other issues.

Kira Hall is professor of Linguistics and Anthropology, as well as director for the Program in Culture, Language, and Social Practice (CLASP), at the University of Colorado at Boulder.

Mary Bucholtz, is professor of linguistics at UC Santa Barbara. She is well known for her contributions to research on language and identity within sociocultural linguistics, and especially the tactics of intersubjectivity framework developed with Kira Hall. Bucholtz's work focuses largely on language use in the United States, and specifically on issues of language and youth; language, gender, and sexuality; African American English; and Mexican and Chicano Spanish.

In some cultures, most particularly in South America, travesti is a gender identity describing people assigned male at birth who take on a feminine gender role and gender expression, especially through the use of feminizing body modifications such as hormone replacement therapy, breast implants, and silicone injections. Travestis are sometimes described as transgender or as male crossdressers, and while they are considered distinct from trans women, their actual identity can be hard to define without over-generalizing.

Deborah Cameron, is a feminist linguist who currently holds the Rupert Murdoch Professorship in Language and Communication at Worcester College, Oxford University.

Papua New Guinea Netball Federation was created in the 1960s. There are over 10,000 registered netball players in the country. A large support base for the sport exists around Port Moresby.

Kewa is an Engan language complex of the Southern Highlands province of Papua New Guinea.

Rosemary Hennessy, is a Professor of English and Director of the Center for the Study of Women, Gender, and Sexuality at Rice University. She has been a part of the faculty at Rice since 2006.

Susan "Sue" Speer C.Psychol, FHEA is a senior lecturer at the School of Psychological Sciences, University of Manchester.

Anelis Kaiser is professor of gender studies at MINT, University of Freiburg, Germany. She is also on the lecturer within the social psychology and social neuroscience department at the University of Bern, Switzerland. Along with Isabelle Dussauge, Kaiser was a guest editor of a special issue on Neuroscience and sex/gender of the journal Neuroethics, they also co-founded The NeuroGenderings Network together.

The NeuroGenderings Network is an international group of researchers in neuroscience and gender studies. Members of the network study how the complexities of social norms, varied life experiences, details of laboratory conditions and biology interact to affect the results of neuroscientific research. Working under the label of "neurofeminism", they aim to critically analyze how the field of neuroscience operates, and to build an understanding of brain and gender that goes beyond gender essentialism while still treating the brain as fundamentally material. Its founding was part of a period of increased interest and activity in interdisciplinary research connecting neuroscience and the social sciences.

Susan Louise Mann is an American historian of China best known for her work on the Qing dynasty and the role of women and gender in Chinese history. She was professor of History at University of California, Davis from 1989 until her retirement in 2010.

Gapun is a village in Marienberg Rural LLG, East Sepik Province, Papua New Guinea, located near the mouth of the Sepik River. The language isolate Tayap is traditionally spoken in Gapun by the Tayap people. Gapun village is the sole Tayap settlement, while all other neighboring villages are inhabited by non-related ethnic groups. The sociolinguistic history of the village has been presented in textbooks as a case study on how and why language shift and language death occurs.

Věra Sokolová is a Czech academic who specializes in gender studies and specifically focuses on identity policy and the construction of sexuality from a historical and social perspective, evaluating the power, structuring and defining of sexuality to transcend binary boundaries. She is the chair of the Department of Gender Studies at Charles University in Prague. She is the co-managing editor of Gender and Generation, along with Kateřina Kolářová.