The Invasion of Gozo took place in July 1551, and was accomplished by the Ottoman Empire against the island of Gozo, following an unsuccessful attempt to conquer nearby Malta on 18 July 1551. It was followed by a victorious campaign with the siege of Tripoli. [4]

The Commander of the Ottoman fleet was Sinan Pasha, accompanied by Salah Rais and Dragut Reis. [4] [5] The Ottomans initially landed on Malta, at Marsamxett, and a force of 10,000 men marched upon Birgu and Fort St Angelo, but they realised that these were too well fortified to be conquered easily. Therefore, the Ottomans turned their attention to Mdina, looting and burning the villages on the way. Meanwhile, the Knights in Mdina, under the command of Fra Villeganion, asked the people living in the villages to seek refuge in the city and to help defend it. When the Ottomans arrived they discovered a large garrison defending the city so they decided against the plan of attacking the city since they did not want to fight a long siege. Meanwhile, a relief fleet attacked the Ottoman ships anchored at Marsamxett.

The Ottoman then decided to attack nearby Gozo, which was under the command of Governor Gelatian de Sessa. After a few days of bombardment, de Sessa attempted to negotiate with Sinan Pasha, however the latter rejected the terms. A few days later the citadel capitulated. About 300 people escaped from the citadel by climbing down its walls and hid from the Ottomans. The other 6,000 people, including Governor de Sessa and the Knights, were taken captive and ended up in slavery, being sailed to Tripoli on 30 July. The Ottomans only spared a monk and forty elderly Gozitans. [4]

According to legend, one of the defenders named Bernardo Dupuo (also known as Bernardo da Fonte or de Opuo) fought bravely when Ottomans breached the city walls, and killed his own wife and two daughters preferring death over slavery before he himself was killed by the invading forces. A street in the citadel is named after him, and outside his house lies a plaque commemorating his death.

Since few Christians remained on Gozo, families from Malta were encouraged by the Order of Saint John to repopulate the island. However it took about 150 years for the population to reach pre-1551 levels. A few Gozitans managed to redeem themselves from slavery, such as the notable Reverend Lorenzo de Apapis, who returned to Gozo in 1554. [6]

Following the attack the Order set up a commission made up of Leone Strozzi and Pietro Pardo, who were engineers, to examine the Maltese Islands' fortifications and make suggestions for further improvements. The Grandmaster, Juan de Homedes, increased taxation and strengthened the coastal guards, the Dejma. Following Strozzi and Pardo's commission, Fort Saint Michael and Fort Saint Elmo were built to better defend the Grand Harbour. Bastions at Mdina and Birgu were strengthened, and the fortifications of Senglea were built.

The failure to take all of the Maltese Islands was also one of the causes of the Great Siege of Malta in 1565. Two other unsuccessful attacks were made on Gozo in 1613 and 1709. [4]

During the sacking of Gozo, the archives of the Università were destroyed by the Ottomans. The only surviving pre-1551 records relating to Gozo are a few documents in the Notarial Archives as well as some records in the archives of Palermo, Sicily. [6]

A re-enactment of the invasion was made by Grade 5 students of San Andrea School in 1997, and a video entitled A Tale of a Gozitan City was released. The students played the roles of Turkish invaders, Knights, or Maltese peasants and filming was done on the schooner Charlotte Louise. [7]

Din l-Art Ħelwa produced a musical account of the invasion at Saint Michael's Bastion in the Citadel on 31 July 2009. This was centered on the legend of Don Bernardo de Opuo. [8]

In 2013 a memorial to the siege was set up at the gardens of Villa Rundle in Victoria, Gozo.

The invasion of Gozo features prominently in Dorothy Dunnett's book The Disorderly Knights (1966), part of her fictional series Lymond Chronicles. 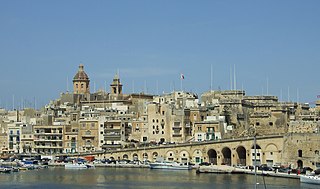 Victoria, also known among the native Maltese as Rabat or by its title Città Victoria, is an administrative unit of Malta, the largest and most prominent city of Gozo,. Victoria has a total population of 6,901, and by population, is the largest locality in Gozo.

Mdina, also known by its Italian-language titles Città Vecchia and Città Notabile, is a fortified city in the Northern Region of Malta which served as the island's capital from antiquity to the medieval period. The city is still confined within its walls, and has a population of just under 300, but it is contiguous with the town of Rabat, which takes its name from the Arabic word for suburb, and has a population of over 11,000. 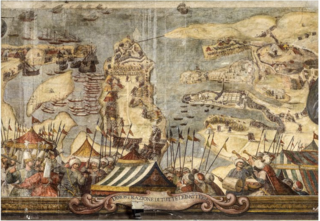 Fra' Philippe de Villiers de L'Isle-Adam was a prominent member of the Knights Hospitaller at Rhodes and later Malta. Having risen to the position of Prior of the Langue of Auvergne, he was elected 44th Grand Master of the Order in 1521. 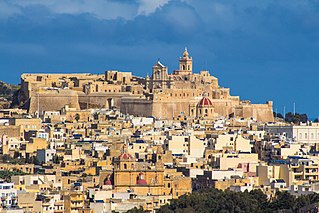 The siege of Tripoli occurred in 1551 when the Ottoman Turks and Barbary pirates besieged and vanquished the Knights of Malta in the Red Castle of Tripoli, modern Libya. The Spanish had established an outpost in Tripoli in 1510, and Charles V remitted it to the Knights in 1530. The siege culminated in a six-day bombardment and the surrender of the city on 15 August. 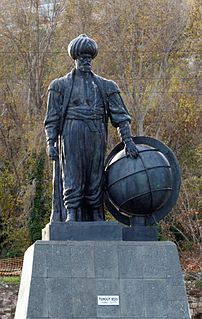 Hospitaller Malta, known within Maltese history as the Knights' Period, existed between 1530 and 1798 when the Mediterranean islands of Malta and Gozo were ruled by the Order of St. John of Jerusalem. The polity was formally a vassal state of the Kingdom of Sicily, and it came into being when Emperor Charles V granted the islands as well as the city of Tripoli in modern Libya to the Order, following the latter's loss of Rhodes in 1522. Hospitaller Tripoli was lost to the Ottoman Empire in 1551, but an Ottoman attempt to take Malta in 1565 failed. 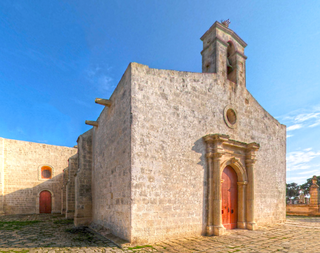 The Raid on Żejtun, also known as The Last Attack, was the last major attack made by the Ottoman Empire against the island of Malta, which was then ruled by the Order of St. John. The attack took place in July 1614, when raiders pillaged the town of Żejtun and the surrounding area before being beaten back to their ships by the Order's cavalry and by the inhabitants of the south-eastern towns and villages. 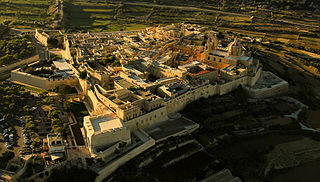 The siege of Malta of 1429 was an attempt by Hafsid Tunisia to take over the island of Malta, then part of the Kingdom of Sicily. The invaders were repelled but many Maltese were killed or enslaved.

The French invasion of Malta was the successful invasion of the islands of Malta and Gozo, then ruled by the Order of St. John, by the French First Republic led by Napoleon Bonaparte in June 1798 as part of the Mediterranean campaign of the French Revolutionary Wars.

Ħalfa Rock(Maltese: Il-Ġebla tal-Ħalfaor Il-Blata tal-Ħalfa) is a deserted small islet and limestone rock on the south-east coast of the island of Gozo in the Maltese archipelago. The small islet is typified by a small maritime labiate garrigue environment, with germander and prasium shrubs, with the occurrence of the endemic Maltese Pyramidal Orchid as well as endemic coastal communities based on the Maltese Sea-Lavender and the sub-endemic Maltese Crosswort.

Tripoli, today the capital city of Libya, was ruled by the Knights Hospitaller between 1530 and 1551. The city had been under Spanish rule for two decades before it was granted as a fief to the Hospitallers in 1530 along with the islands of Malta and Gozo. The Hospitallers found it difficult to control both the city and the islands, and at times they proposed to either move their headquarters to Tripoli or to abandon and raze the city. Hospitaller rule over Tripoli ended in 1551 when the city was captured by the Ottoman Empire following a siege.