Jakks Pacific, Inc. is an American company that designs and markets toys and consumer products, with a range of products that feature numerous children's toy licenses. The company is named after its founder, Jack Friedman, who had previously founded LJN and THQ and presided over the company until retiring as CEO and chairman after March 31, 2010 [2] , a month before his death on 3 May, 2010. [3] [4] [5]

In February 2005, Jakks Pacific was instructed to restate the financial statements for fiscal year 2003 to account for the acquisition of Toymax, Trendmasters and P&M Products. [6]

In 2010, the company formed Pacific Animation Partners LLC, a joint venture between it and Dentsu Entertainment USA, Fremantle and Topps, to launch the Monsuno property in 2012. [7] [8]

In 2012, Jakks Pacific announced the successful negotiation of licences for The Dark Knight Rises and The Amazing Spider-Man, promoting new toy ranges at the New York and other International Toy Fairs.

In 2014, the company launched Jakks Meisheng Trading, a joint venture with Meisheng Culture and Creative Corp., to bring its toys to China. [9] In 2016, the two created Studio JP, a joint venture to produce animation. [10]

The company makes a variety of toys including Plug It In and Play TV games, various electronics, and action figures. The company also licenses global brand names for manufactured toys.

Plug It In & Play TV Games

Plug It In & Play TV Games interactive products are a series of plug-n-play game devices produced by Jakks Pacific. When connected to a television set, the user is able to play a pre-defined selection of video games. Some models are collections of ports of games by companies such as Atari and Namco, while others are collections of original games. Some versions facilitate the addition of games, via proprietary GameKey expansion cards, and/or include wireless features. 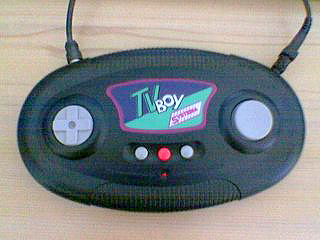 A handheld TV game or plug and play game is an interactive entertainment device designed for use on a television set that integrates the video game console with the game controller.

Radica Games Limited was an American company that produces electronic games, founded in 1983. It began by producing electronic souvenir games for casinos. In the late 1990s, it became known for its Bass Fishin line of games. On October 3, 2006, Mattel, Inc. announced the completion of their acquisition of Radica. While Radica produced electronic handheld games based on casino or card games, it has branched out into toys, board games, and video game accessories.

Play Along Toys was a Florida-based toy company, and a wholly owned division of Jakks Pacific.

Marvel Entertainment, LLC is an American entertainment company founded in June 1998 and based in New York City, formed by the merger of Marvel Entertainment Group, Inc. and ToyBiz. The company is a wholly owned subsidiary of The Walt Disney Company, and is mainly known for its comic books by Marvel Comics, as well as its forays into films with the Marvel Cinematic Universe.

Pressman Toy Corporation is a toy manufacturer based in Plano, Texas which was founded in 1922 by Jack Pressman. It currently focuses on family games and licensed products. 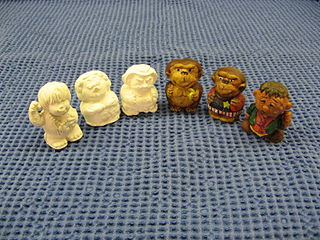 Shaker Maker is a toy for making figures. Water and a powder must be mixed in a shaker and after turning the shaker the mixture flows into moulds inside the shaker. Because of fast polymerisation the consistency of the mixture becomes like pudding in seconds. After some days it hardens.

The New Adventures of Pinocchio is a 1960-1961 syndicated stop motion animated television series produced by Rankin/Bass Productions in the United States and made by Dentsu Studios in Japan. Created by Arthur Rankin, Jr. and his partner Jules Bass, it was based on the 1883 book The Adventures of Pinocchio written by Italian author, Carlo Collodi. The series was Rankin/Bass' first production to be made in "Animagic", a stop motion puppet technique which, in association with the company, was done by Tadahito Mochinaga's MOM Productions. 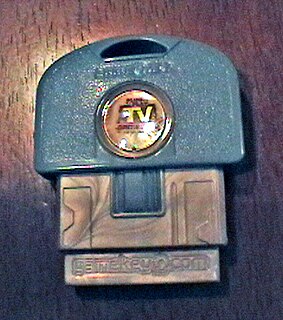 GameKeys are expansion modules made by Jakks Pacific for the purpose of adding games to GameKey-ready entries in their Plug It In & Play TV Games product line.

Monsuno, released as Jūsen Battle Monsuno in Japan, is an animated series that premiered in the United States on February 23, 2012 on Nickelodeon's sister channel, Nicktoons and began airing on TV Tokyo in Japan in October 2012, with global launches staggered by country sometime between mid-2012 and early 2013 through Nickelodeon. The series was created by Jeremy Padawer and Jared Wolfson. It is distributed by FremantleMedia and is produced by Dentsu Entertainment USA, FremantleMedia, Jakks Pacific, and The Topps Company, with animation by Larx Entertainment. 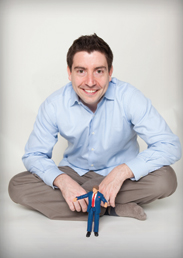 Jeremy Padawer is an American businessman, Internet entrepreneur, and animated television producer. He is the co-creator and executive producer of the Nickelodeon animated series Monsuno and is the former executive vice president, marketing at Jakks Pacific., former COO of Pacific Animation Partners, former Co-President/Partner of Wicked Cool Toys, and current Partner at Jazwares, a subsidiary of Alleghany Capital Corporation.

Mega Man: Fully Charged is an animated television series based on the Japanese video game series of the same name by Capcom, developed by Man of Action Studios and produced by Dentsu Entertainment USA and DHX Studios Vancouver for Cartoon Network and Family Chrgd. The series draws primarily inspiration from the Classic series, rather than the other variations of the video game franchise such as Mega Man X or Mega Man Battle Network. It premiered on Cartoon Network in the United States on August 5, 2018 with an on-demand release on August 3 with full ten episodes. It is the third Mega Man TV series to air on Cartoon Network following MegaMan NT Warrior from 2003 and Mega Man Star Force from 2007.

Toys-to-life is a video game feature using physical figurines or action figures to interact within the game. These toys use a near field communication (NFC), radio frequency identification (RFID), or image recognition data protocol to determine the individual figurine's proximity, and save a player's progress data to a storage medium located within that piece. It is one of the most lucrative branches of the video game industry, with the Skylanders franchise alone selling more than $3 billion worth over the course of four years. 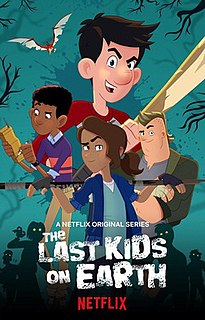 Stephen Berman is a co-founder of JAKKS Pacific and also the company's Chairman and CEO. Since 1995, Berman has held a number of key roles at JAKKS, turning the organization into one of the largest toy marketers and manufacturers in the United States. In the main, JAKKS creates, manufactures and markets toys via licenses with well-known brands. He is responsible for designing and manufacturing toys for The Walt Disney Company, Warner Bros., Activision, NBCUniversal, Microsoft, and Nintendo.

Gigantosaurus is a French CGI-animated preschool series from Paris-based Cyber Group Studios, created by Franck Salomé, Nicolas Sedel, Fernando Worcel and directed by Olivier Lelardoux. The show is based on the book by Jonny Duddle. The series premiered on January 18, 2019 on Disney Channel as part of the Disney Junior block, airing on its dedicated channel as well.