Jorge Paulo Costa Almeida (born 14 October 1971), known as Costa, is a Portuguese retired footballer who played as a central defender, currently a manager.

Nicknamed Bicho (animal) and Tanque (tank) by his colleagues and fans for his aggressive and physical playing style, [1] he spent most of his professional career with Porto, being team captain for several seasons and winning a total of 24 major titles, notably eight Primeira Liga championships and the 2004 Champions League.

Having earned 50 caps for Portugal, Costa represented the nation at one World Cup and one European Championship. After retiring, he worked as a manager for several clubs as well as the Gabon national team.

Born in Porto, Costa made his professional debut with F.C. Penafiel on loan from hometown club FC Porto. The following season he was also loaned, to fellow Primeira Liga side C.S. Marítimo, playing 31 games including a controversial one in the Estádio das Antas where he scored an own goal; despite it being clearly unintentional the accusations of scoring for his team continued, forcing Porto's president Jorge Nuno Pinto da Costa to forbid further loaned players to play against them, a decision that stood for several decades. [2]

Costa finally joined Porto in the 1992–93 campaign, eventually becoming a starter. Five seasons later he switched to jersey No. 2, previously worn by João Pinto, also being named team captain as the veteran retired. His career three only met four black spots: two serious knee injuries (during 1995–96, which ruled him out of UEFA Euro 1996 and during 1997's pre-season in Sweden) and a feud with coach Octávio Machado early in 2001–02, which forced him into "exile" at Charlton Athletic. [3] However, the image of Costa as the captain went untouched, and Porto fans turned against Machado with massive criticism of his team management and coaching, eventually forcing him outside the club; during his time in South London, he played in defence alongside Luke Young, Mark Fish and Jonathan Fortune, in a back-line remembered for its pun name of "Young Fish Costa Fortune". [4] [5] [6] [7]

Additionally, in 1996–97's UEFA Champions League, Costa was involved in an incident with A.C. Milan's George Weah on 20 November 1996, with the Liberian breaking his nose, alleging that he had been racially abused. [8] Costa strenuously denied the accusations of racism and was not charged by UEFA as no witnesses could verify Weah's allegations, not even his Milan teammates. Weah, on the other hand, was suspended for six matches, and later attempted to apologise to Costa but this was rebuffed by the Portuguese, who considered the charges of racist insults levelled against him to be defamatory and took the Liberian to court; [9] the incident resulted in the latter being sidelined for three weeks, also having to undergo facial surgery.

Costa returned to the Estádio das Antas in the summer of 2002 as José Mourinho was now in charge, and was unanimously chosen as captain of a side that went on to win a championship-cup–UEFA Cup treble, making him the third Porto skipper in a row to lift cups at international level (following Pinto and Fernando Gomes). [10] The player's winning streak continued as the next season he lifted the Champions League and the Intercontinental Cup. [11] [12] [13] [14]

In January 2006, after having been deemed surplus to requirements by new coach Co Adriaanse, Costa signed for Standard Liège from Belgium, reuniting with former Porto teammate Sérgio Conceição, [15] and helped his new team to a runner-up finish in the league. He decided to retire from the game in June after alleging personal reasons, despite having a running contract until 2007. [16]

Costa made his full international debut for Carlos Queiroz' Portugal on 11 November 1992 in a 2–1 friendly win over Bulgaria in Saint-Ouen-sur-Seine, France. [17] He played alongside Fernando Couto as the team reached the semi-finals of UEFA Euro 2000 in Belgium and the Netherlands. [18]

Costa scored the first of two goals on 15 November 2000, in a 2–1 exhibition defeat of Israel at the Estádio 1º de Maio in Braga. [19] He retired from international football after a group stage elimination at the 2002 FIFA World Cup in South Korea and Japan, having played 50 games; [20] in that competition, he scored an own goal in a 2–3 loss to the United States. [21]

In the 2006–07 season, Costa began his coaching career with S.C. Braga, first as assistant to Rogério Gonçalves, whom he replaced in February 2007. In his first season he led the Minho side to the fourth place and the semi-finals of the domestic cup, also reaching the round of 16 in the UEFA Cup, being ousted by Tottenham Hotspur 4–6 on aggregate. [24]

After again guiding Braga to the UEFA Cup group stage, Costa was fired midway through his second year. [25] He then moved to second level's S.C. Olhanense in the following campaign, eventually finishing the season as champions and returning the Algarve team to the first division after 34 years. [26] After helping them to the 13th position the following campaign – thus safe from relegation – he left, joining another top-division club, Académica de Coimbra. [27]

Costa announced his departure from Académica and his retirement from coaching on 21 December 2010, citing personal reasons. [28] The team was placed in ninth position after the 14th round, eventually narrowly escaping relegation. In May 2011, however, he announced his comeback, signing a contract with Romania's CFR Cluj. [29]

On 24 October 2012, AEL Limassol FC appointed Costa as their new manager, on the eve of a Europa League group stage tie against Fenerbahçe SK. [30] In the following summer he moved teams but stayed in Cyprus, penning a 1+1 deal with Anorthosis Famagusta FC. [31]

Costa coached the Gabon national team from 2014 until November 2016, being ousted from the 2015 Africa Cup of Nations group stage after one win and two losses. [32] He returned to club duties on 15 May 2017, being appointed at CS Sfaxien. [33] He moved back to his homeland in the following off-season, signing at Segunda Liga side F.C. Arouca [34] and leaving by mutual consent less than three months later due to a poor string of results. [35]

On 22 November 2017, Costa was hired at Tours FC, last-placed in France's Ligue 2. [36] At the end of the season, with the club relegated in the same position, he resigned with a year remaining on his contract. [37]

In August 2018, Costa signed for Mumbai City FC for the upcoming campaign of the Indian Super League. [38] After a third-place finish, the team lost 5–2 on aggregate to FC Goa in the play-off semi-finals, conceding all of those goals in the first leg at home. [39] On 5 March 2020, after finishing one place off qualification for the post-season, he was allowed to leave. [40]

On 23 September 2020, Gustavo Ndong Edu, president of the Equatoguinean Football Federation, announced that Costa would be the new coach of the national team. [41] Six days later, however, he decided to join Romania's CS Gaz Metan Mediaș instead. [42] [43]

Costa returned to the Portuguese top tier on 4 February 2021, replacing the dismissed Sérgio Vieira at S.C. Farense on a four-month contract. [44] In spite of relegation to the second division, [45] he signed a new deal; [46] on 30 August, however, he left by mutual consent after only one point in four matches to start the new campaign. [47]

Pedro Emanuel dos Santos Martins Silva, known as Pedro Emanuel, is a Portuguese professional football coach and former playe who is the manager of Saudi Pro League club Al Nassr.In his 16-year professional career he was closely associated with the two biggest teams in Porto, Boavista – he helped it win its first and only Primeira Liga title in 2001 – and FC Porto, being team captain of both. 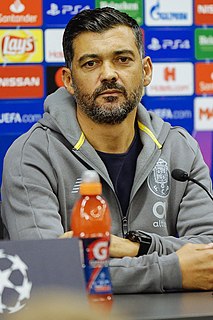 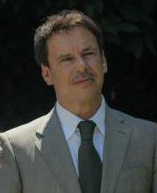 Jorge Miguel de Oliveira Ribeiro is a Portuguese retired professional footballer. Mainly a left back, he can also play as a wing-back or midfielder.

Nuno Miguel Prata Coelho is a Portuguese professional footballer who plays for G.D. Chaves mainly as a defensive midfielder but also as a central defender. 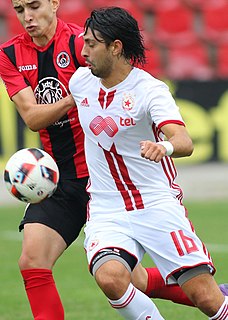 Rui Pedro Couto Ramalho, known as Rui Pedro, is a Portuguese professional footballer who plays as a forward for Hungarian club Mezőkövesdi SE.

José Alberto Barroso Machado e Costa is a Portuguese retired footballer who played as a left winger, and is a manager. 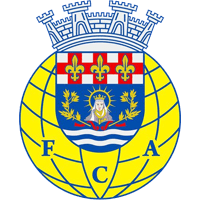 Futebol Clube de Arouca is a football club based in Arouca, in the Porto metropolitan area, Portugal. Founded in 1951, the club plays in the Primeira Liga, holding home games at Estádio Municipal de Arouca, with a 5,000-seat capacity.

André Almeida Pinto is a Portuguese professional footballer who plays as a central defender for Romanian club FC Dinamo București.

Paulo Sérgio Moreira Gonçalves, known as Paulo Sérgio, is a Portuguese footballer who plays as an attacking midfielder or right winger.

Paulo Clemente Ventura Raimundo, known as Clemente, is a Portuguese retired footballer who played as a forward.

The 2013–14 Primeira Liga was the 80th season of the Primeira Liga, the top professional league for Portuguese association football clubs. It began on 18 August 2013 and concluded on 11 May 2014. Sixteen teams contested the league, fourteen of which took part in the previous season and two of which were promoted from the Segunda Liga. On 20 April 2014, Benfica won the Primeira Liga for a record 33rd time with a 2–0 victory over Olhanense, with two matches to spare.

Ivo Tiago dos Santos Rodrigues is a Portuguese professional footballer who plays for F.C. Famalicão mainly as a left winger.

Jorge Manuel da Silva Paixão Santos, known as Paixão, is a Portuguese former footballer who played as a striker, currently a manager.

The 2015–16 LigaPro was the 26th season of Portuguese football's second-tier league, and the first season under the current LigaPro title. A total of 24 teams competed in this division, including five reserve sides from top-flight Primeira Liga teams. The season began on 7 August 2015 and concluded on 14 May 2016.

Fábio Daniel Ferreira Vieira is a Portuguese professional footballer who plays for FC Porto as a midfielder.

Fábio Daniel Soares Silva is a Portuguese professional footballer who plays as a forward for Premier League club Wolverhampton Wanderers.