The opera was premiered on 18 June 1831 at the Teatro del Fondo, Naples, and there was only one further performance. The words and music of the arias and ensembles have survived, but the spoken dialogue has been lost. The opera's music was performed in 1982 at the Camden Festival, and in Fermo in 1988. In November 2000, staged performances took place in Rovigo with dialogue re-created by Michelangelo Zurletti from the Scribe plays on which the opera may have been based. [3]

Of this work Ashbrook writes:

The plot is a satire on Romanticism: in the rondo-finale Antonina assures her father that she will give up willows, cypresses, urns and ashes, and take up more appropriate pursuits like singing and dancing and going to the opera.

He also points out that Filidoro's canzonetta is a parody of the Gondolier's song from Rossini's Otello . [4] 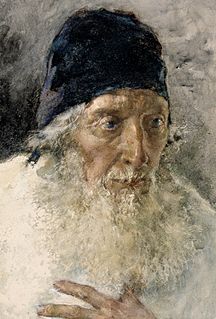 Il paria is an opera in two acts by Gaetano Donizetti from a libretto by Domenico Gilardoni, based on Le Paria by Casimir Delavigne and Michele Carafa's Il paria with a libretto by Gaetano Rossi.