Il falegname di Livonia, o Pietro il grande, czar delle Russie (The Livonian Carpenter, or Peter the Great, Tsar of the Russias) is an 1819 opera buffa in two acts with music by Gaetano Donizetti set to a libretto by Gherardo Bevilacqua-Aldobrandini. The libretto was based in part on Felice Romani's libretto for Giovanni Pacini's opera Il falegname di Livonia, which had just been presented at La Scala in Milan on 12 April 1819. Another source was Alexandre Duval's comedy Le menuisier de Livonie, ou Les illustres voyageurs (1805). [1]

Donizetti's Il falegname di Livonia was premiered on 26 December 1819 at the opening of the 1819-1820 Carnival season at the Teatro San Samuele in Venice. It was the fourth of Donizetti’s operas to be performed during his lifetime and the first to achieve "more than one production". [2] It had about seven stagings until 1827, when its last known performance in the 19th century took place.

The opera was neglected until 2003 when it was given a performance in St Petersburg, thanks to the artistic director of the St Petersburg Chamber Opera, Yuri Alexandrov, who spent three years in search of the score for the opera, which, so it appeared, had been lost forever. The painstaking work yielded results: the score was restored fragment by fragment. The Russian premiere took place on 27 May 2003 at the St Petersburg Chamber Opera, with staging by Yuri Alexandrov and the Russian and Italian versions of the libretto by Yuri Dimitrin.

In 2004, the opera was presented by the Festival della Valle d'Itria in Martina Franca. Those performances were recorded.

Carlo, a carpenter, is in love with the orphan Annetta. He claims to be of noble origin and shows that he has a bit of a temper when the tsar and his wife, Catherine, arrive, both travelling incognito. They are looking for the tsarina’s lost brother, and have reason to suspect that it might be Carlo. The tsar asks the hotelier, Madame Fritz, about this carpenter. When Carlo enters, he does not know who the strangers are and he is rather insolent. An argument ensues, with Peter threatening Carlo with dire consequences. The town magistrate, Ser Cuccupis, also gets into an argument with Peter. This magistrate has pretensions of grandeur and goes so far as to threaten him with his friend, the tsar. Peter decides to pull rank on the magistrate, and tells him that he is Menshikov, a high officer of the tsar. The magistrate has Carlo imprisoned, and he is about to be convicted when Madame Fritz runs in with some documents proving that he is Catherine’s brother.

When Carlo becomes aware that he is the tsar's brother-in-law, he introduces Annetta to the imperial couple. Again, not knowing the true identity of the couple, he warns them that the tsar must never see her because she is the daughter of the traitor hetman Ivan Mazepa. When told that Mazepa is dead, the false Menshikov pardons the girl. Then the captain of the troops tells the magistrate that Menshikov is actually the tsar. Hoping that this would be an opportunity to advance himself, the magistrate tries to intervene, but since the tsar has already recognized him for what he is, he is fired from his position of authority and is ordered to pay a fine. Peter, Catherine, Carlo and Annetta leave happily for St Petersburg. 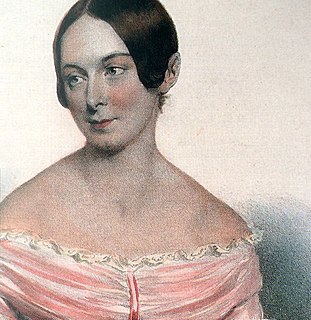 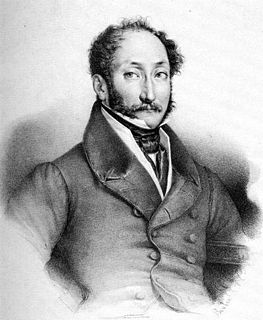 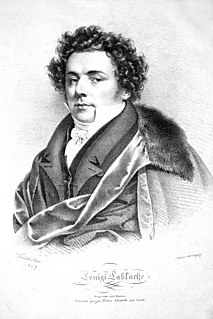 L'assedio di Calais is an 1836 melodramma lirico, or opera, in three acts by Gaetano Donizetti, his 49th opera. Salvatore Cammarano wrote the Italian libretto, which has been described as "...a remarkable libretto, the closest Cammarano ever got to real poetry, particularly in his description of the embattled city and the heartfelt pride of its citizens". It was based on Luigi Marchionni's play L'assedio di Calais, which had been presented in Naples around 1825, and secondarily on Luigi Henry's ballet L'assedio di Calais, which had been performed in Naples in 1828 and revived in 1835.

Giovanni Tadolini was an Italian composer, conductor and singing instructor, who enjoyed a career that alternated between Bologna and Paris. Tadolini is probably best known for completing six sections of Rossini's 1833 version of the Stabat mater after the latter fell sick. However, he also composed eight operas as well as sinfonias, sonatas, chamber music, and numerous pieces of religious music and art songs.