The population is measured by Statistics Denmark for urban areas (Danish: byområder or bymæssige områder), which is defined as a contiguous built-up area with a maximum distance of 200 m between houses, unless further distance is caused by public areas, cemeteries or similar reasons. Furthermore, to obtain by-status, the area must have at least 200 inhabitants. [1] Some urban areas in Denmark have witnessed conurbation and grown together.

Copenhagen is the capital and most populous city of Denmark. As of 1 January 2020, the city had a population of 794,128 with 632,340 in Copenhagen Municipality, 104,305 in Frederiksberg Municipality, 42,989 in Tårnby Municipality, and 14,494 in Dragør Municipality. It forms the core of the wider urban area of Copenhagen and the Copenhagen metropolitan area. Copenhagen is situated on the eastern coast of the island of Zealand; another small portion of the city is located on Amager, and it is separated from Malmö, Sweden, by the strait of Øresund. The Øresund Bridge connects the two cities by rail and road. 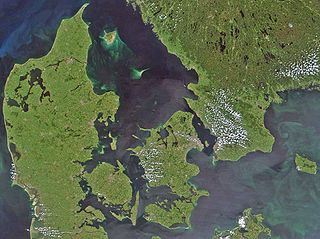 Malmö is the largest city in the Swedish county (län) of Skåne (Scania). It is the third-largest city in Sweden, after Stockholm and Gothenburg, and the sixth-largest city in Scandinavia, with a population of 316,588. The Malmö Metropolitan Region is home to over 700,000 people, and the Øresund Region, which includes Malmö, is home to 4 million people. 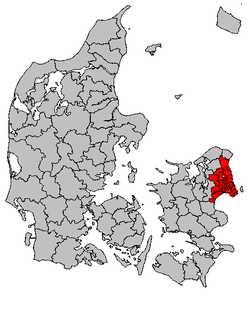 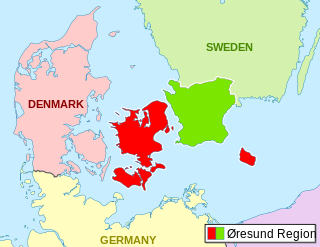 The Øresund Region, also known as Greater Copenhagen for marketing purposes, is a metropolitan region that comprises eastern Denmark and Skåne in southern Sweden. Centred around the Øresund strait and the two cities which lie on either side, Copenhagen in Denmark and Malmö in Sweden, the region is connected by the Øresund Bridge, which spans the strait at its southern end, and the HH Ferry route between Elsinore, Denmark, and Helsingborg, Sweden, at the narrowest point of the strait. 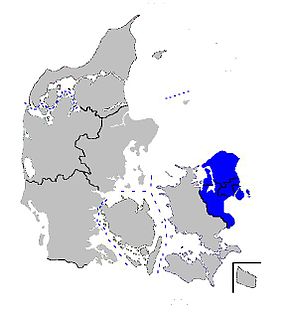 The Copenhagen metropolitan area or Metropolitan Copenhagen is a large commuter belt surrounding Copenhagen, the capital of Denmark. It includes Copenhagen Municipality, Frederiksberg and surrounding municipalities stretching westward across Zealand. It has densely-populated core surrounded by suburban settlements.

An urban area in Finland is defined as an inhabited area of at least 200 people and a maximum distance of 200 metres (660 ft) between buildings. The Finnish term for this is a taajama. Because of the strict definition of a taajama, these areas exist both inside and outside of city and municipal borders.

An urban area in the Nordic countries, with the exception of Iceland, is defined as a distinct statistical concept used to differentiate population clusters independent of municipal borders. The population is measured on a national level, independently by each country's statistical bureau. Statistics Sweden uses the term tätort, Statistics Finland also uses tätort in Swedish and taajama in Finnish, Statistics Denmark uses byområde (city), while Statistics Norway uses tettsted.