This is the list of cities and towns in Serbia , according to the criteria used by Statistical Office of the Republic of Serbia, which classifies the settlements into urban and rural, depending not only on size, but also on other administrative and legal criteria. [1] Also villages with the municipal rights have been added to the list.

Cities in administrative sense are defined by the Law on Territorial Organization. The territory with the city status usually has more than 100,000 inhabitants, [2] but is otherwise very similar to municipality. They enjoy a special status of autonomy and self-government, as they have their own civic parliaments and executive branches, as well as mayor (Serbian : gradonačelnik, plural: gradonačelnici) is elected through popular vote, elected by their citizens in local elections. Also, the presidents of the municipalities are often referred to as "mayors" in everyday usage. There are 29 cities (gradovi, singular: grad), each having an assembly and budget of its own.

As with a municipality, the territory of a city is composed of a city proper and surrounding villages (e.g. the territory of the City of Subotica is composed of the Subotica town and surrounding villages). The capital Belgrade is the only city on the level of a district. [3] All other cities are on the municipality level and are part of a district. [4]

This is a list of cities and municipalities (excluding city municipalities) in Serbia, as defined by the Law on territorial organisation [4] The data on population is taken from the 2011 census. [5]

According to the statistic criteria, the settlements in the table are classified as "urban" (i.e. cities and towns), as opposed to "rural" (villages). These criteria are not limited to the settlement size, but also include the percentage of residents engaged in agriculture, population density etc. Thus, not all towns in statistical sense are greater than villages, and they are not always municipality centers. Note that the population of the city municipalities of some cities were not presented as unique, but united in the city population.

Cities and municipalities in Kosovo [lower-alpha 1]

See also: Municipalities of Kosovo and List of cities in Kosovo 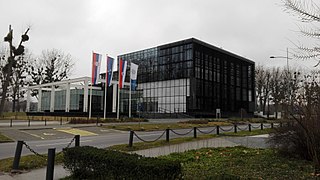 The University of Novi Sad is a public university in Novi Sad, Serbia. Alongside nationally prestigious University of Belgrade, University of Novi Sad is one of the most important educational and research institutions in Serbia and South Eastern Europe and the flagship institution of higher education in Vojvodina. It was attended by 42,489 students and it employed 3,219 members of academic staff in 2018–19 academic year. It is composed of 14 faculties and three institutes located in four university cities - Novi Sad, Sombor, Subotica and Zrenjanin. Institution belongs to the group of comprehensive research universities with significant level of research activities. 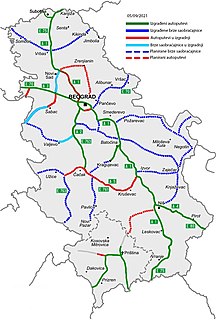 Roads in Serbia are the backbone of its transportation system and an important part of the European road network. The total length of roads in the country is 45,419 km, and they are categorized as "state roads" or "municipal roads". All state roads in Serbia are maintained by the public, nation-wide, road construction company JP Putevi Srbije. 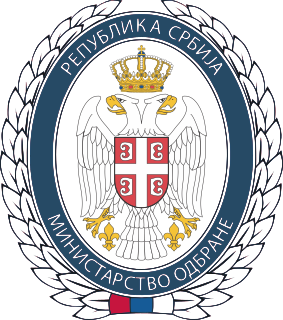 This is a list of historical administrative divisions of Serbia since the establishment of the Principality of Serbia until today.

The Misdemeanor Appellate Court of Republic of Serbia is a court of law with headquarters in Belgrade. The MAC is composed of three departments located in the cities of Novi Sad, Kragujevac and Niš. The President of the Court is Chief Judge Zoran Pasalic.

The 2016–17 Serbian Cup season was the eleventh season of the Serbian national football tournament.

Srbija Voz is the national passenger railway company of Serbia. Srbija Voz is an associate member of the International Union of Railways (UIC) since 2016.

The 2019–20 Serbian Cup season was the thirteenth season of the Serbian national football cup competition. It started on 11 September 2019, and ended on 24 June 2020.

The 2020–21 Serbian Cup season is the fourteenth season of the Serbian national football cup competition. It started on 9 September 2020, and will end on 25 May 2021.