Balkan Wars and World War I

Heads of the Serbian Orthodox Church

Serbian literature, refers to literature written in Serbian and/or in Serbia and all other lands where Serbs reside. 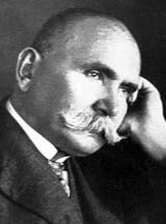 Parliamentary elections were held in Yugoslavia on 5 May 1935. The result was a victory for the governing Yugoslav National Party (JNS), which won 303 of the 370 seats in Parliament.

Vuk Karadžić, is а Yugoslavian historical drama television series which depicts the life and work of Vuk Stefanović Karadžić, a Serbian linguist and reformer of the Serbian language.

The Branković family was a Serb noble family based in the Military Frontier of the Habsburg Empire during the 18th and 19th centuries. The family traced its nobility back to Đorđe Branković (1645–1711), who was created an Imperial Count in 1688. After his death, his title was passed on to his relative Jovan Branković (1675–1734), who served as an officer in the Habsburg army in the Military Frontier, as did most of his male descendants. They participated in various wars waged by the Habsburgs. The last Count of Podgorica died in 1856, ending the male line of Jovan Branković.