Mumsie is a 1927 British silent drama film directed by Herbert Wilcox and starring Pauline Frederick, Nelson Keys and Herbert Marshall. [2] It was adapted from the 1920 play of the same title by Edward Knoblock about a favourite son of a family who proves to be a coward when war breaks out. Pauline Frederick's last silent film. [3] Mumsie is a lost film. [4] It was made at Twickenham Studios.

The film was a major success and helped Herbert Marshall establish himself in Hollywood soon afterwards. [5]

The Four Just Men, also known as The Secret Four, is a 1939 British thriller film directed by Walter Forde and starring Hugh Sinclair, Griffith Jones, Edward Chapman and Frank Lawton. It is based on the 1905 novel The Four Just Men by Edgar Wallace. There was a previous silent film version in 1921. This version was produced by Ealing Studios, with sets designed by Wilfred Shingleton. 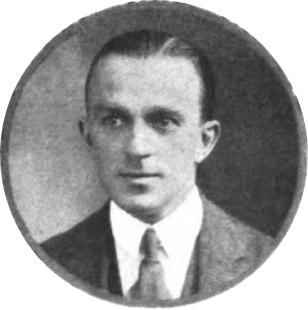 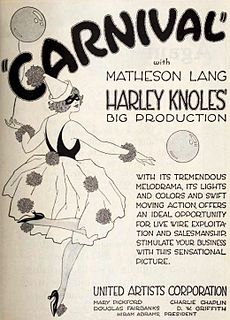 It's in the Bag is a 1936 British comedy film directed by William Beaudine and starring Jimmy Nervo, Teddy Knox and Jack Barty. Two low-level workers acquire some money and decide to open a nightclub together. It was made at Teddington Studios by the British subsidiary of Warner Brothers. Art direction was by Peter Proud.

Sir or Madam is a 1928 British-German silent comedy film directed by Carl Boese and starring Margot Armand, Percy Marmont and Ossi Oswalda. It was based on the 1923 novel Sir or Madame by Berta Ruck and shot at Elstree Studios near London. The film was a co-production between Germany and Britain, with separate versions released in the countries. In Britain it was not released until February 1930.

The Thoroughbred is a 1928 British silent drama film directed by Sidney Morgan and starring Ian Hunter, Louise Prussing and Richard Barclay. It was made at Twickenham Studios. The screenplay concerns a jockey who is pressured to throw The Derby. 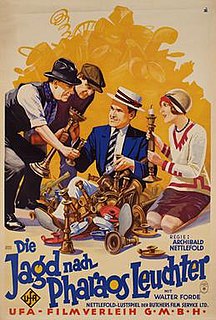 The Claw is a 1927 American silent film produced by Carl Laemmle and distributed by Universal Pictures. It was directed by Sidney Olcott with Norman Kerry and Claire Windsor in the leading roles.

Josselyn's Wife is a 1926 silent crime drama directed by Richard Thorpe and starring Pauline Frederick. It was produced and distributed by the Tiffany Pictures company. A previous film was released in 1919 as Josselyn's Wife.