On Approval is a 1930 British comedy film directed by and starring Tom Walls and also featuring Yvonne Arnaud, Winifred Shotter and Robertson Hare, the same artistes responsible for the Aldwych farces. It was based on the play On Approval by Frederick Lonsdale, [1] as was the 1944 film On Approval .

It was made at Elstree Studios with sets designed by Lawrence P. Williams.

The 1932 book "The Face of London" by Harold Clunn Pub. Simpkin Marshall, features, opposite page 224, a picture, probably taken in Aug. or Sept. 1930, of the New Victoria Picture Theatre, Vauxhall Bridge Road. Displayed in large letters is ON APPROVAL the film being presented by the cinema at that time.

Ben Travers CBE AFC was an English writer. His output includes more than twenty plays, thirty screenplays, five novels, and three volumes of memoirs. He is best remembered for his long-running series of farces first staged in the 1920s and 1930s at the Aldwych Theatre. Many of these were made into films and later television productions. 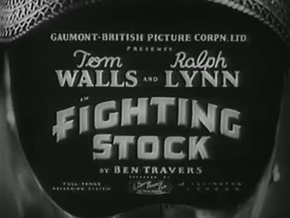 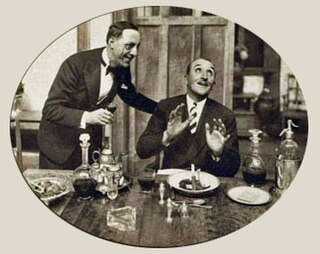 A Cup of Kindness is a farce by the English playwright Ben Travers. It was first given at the Aldwych Theatre, London, the sixth in the series of twelve Aldwych farces presented by the actor-manager Tom Walls at the theatre between 1923 and 1933. Several of the actors formed a regular core cast for the Aldwych farces. The play depicts the feud between two suburban families.

A Cuckoo in the Nest is a 1933 British film, directed by Tom Walls, with a script by Ben Travers. It is a screen adaption of the original 1925 Aldwych farce of the same title. The film was remade in 1954 as Fast and Loose. 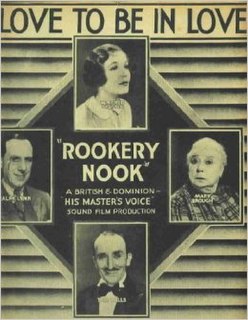 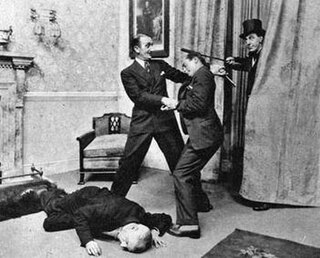 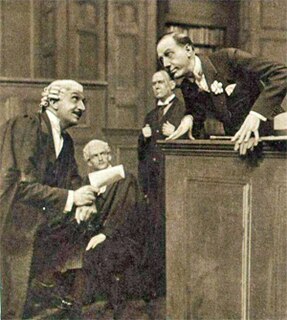