Blondes for Danger is a 1938 British thriller film directed by Jack Raymond and starring Gordon Harker and Enid Stamp-Taylor. [1] It was made at Beaconsfield Studios for release by British Lion. [2] The film's sets were designed by the art director Norman G. Arnold. [3]

London cabbie Alf Huggins finds himself caught up in the world of espionage and assassination. When a British executive's monopoly of the oil industry is threatened, Alf is set up as the patsy for his attempt on a Middle-Eastern Prince's life.

TV Guide wrote, "nicely done suspense tale of international intrigue sparked with generous doses of comedy from the witty Harker"; [4] and Sky Movies noted, "Comedy-thrillers with droop-lipped cockney character star Gordon Harker were pure gold at the box-office in Britain of the late Thirties," and went on to call the film "a robust romp." [5] 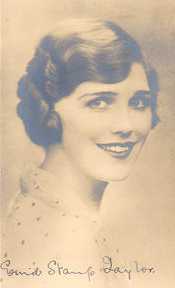 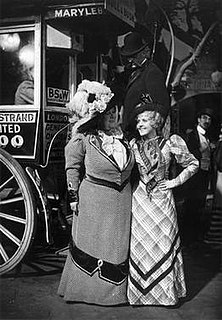 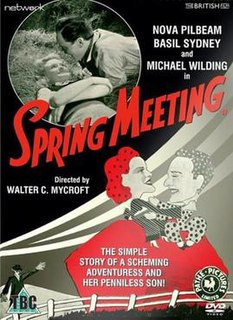 Spring Meeting is a 1941 British comedy film directed by Walter C. Mycroft and Norman Lee and starring Enid Stamp-Taylor, Michael Wilding, Basil Sydney and Sarah Churchill. It was based on a 1938 play of the same title by M. J. Farrell and John Perry. It was shot at Welwyn Studios. In 1942 it was given an American release, distributed by Monogram Pictures. 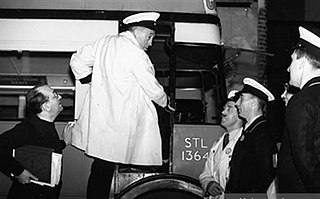 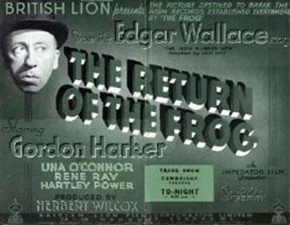 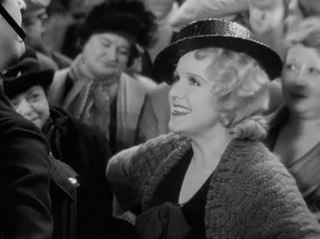 The Sport of Kings is a 1931 British comedy film directed by Victor Saville and starring Leslie Henson, Hugh Wakefield and Gordon Harker. It was based on the 1924 play of the same title by Ian Hay.

Stepping Toes is a 1938 British musical film directed by John Baxter and starring Hazel Ascot, Enid Stamp-Taylor and Jack Barty. The screenplay concerns a young girl who achieves her ambition to become a tap dancer.

The Broken Melody is a 1929 British romance film directed by Fred Paul and starring Georges Galli, Andrée Sacré and Enid Stamp-Taylor. It was originally made as a silent film, with sound added later. The film was shot at Cricklewood Studios and distributed by Paramount Pictures. It was based on a play by Herbert Keith and James Leader. An exiled Prince living in Paris, begins a daliance with an opera singer before returning to his wife.

Jimmy Boy is a 1935 British comedy film directed by John Baxter and starring Jimmy O'Dea, Guy Middleton and Enid Stamp-Taylor. It was made at Cricklewood Studios.