The New Zealand men's national rugby union team, known as the All Blacks, have played 53 matches so far in the nine Rugby World Cup tournaments from 1987 to 2019, with an additional match canceled and unplayed. [1] They won the 1987, 2011 and 2015 tournaments. They are the only team never to have lost a pool match and to have always qualified in first place from every group. Their worst performance was in 2007, when they lost a quarter-final to France. They have made it to at least the semi-finals at all the other tournaments.

New Zealand hosted the inaugural tournament in 1987 with Australia as a co-host. New Zealand was the sole host of the 2011 tournament. But in 2020 Covid 19 has caused a lot of disturbances in training

Overall record against all nations in the World Cup: [3]

The England national team have competed in every Rugby World Cup since the inaugural tournament in 1987. They have played 51 matches in nine tournaments, and won 36 for a winning record of 70.59%. Their best ever position was first in 2003, whilst they also participated in the 2019 final, the 2007 final and the final of the 1991 competition. They have beaten three countries three times; Australia, France and the United States. Their worst record is against South Africa, who have defeated them in four of their five encounters.

The All Blacks first played against Italy at the opening game of the inaugural Rugby World Cup in 1987, beating them 70-6 at Eden Park, Auckland. The two teams have played a total of fifteen Test matches recognized by both sides as full internationals, with New Zealand winning all of them by an average margin of 51 points. The two sides have been in the same pool in five of the eight Rugby World Cup tournaments to date but have only played each other four times because Typhoon Hagibis caused their scheduled meeting in the 2019 tournament to be cancelled. The first 11 meetings between the two sides since their first clash in 1987 were never played at the same venue, then two tests had been held back to back at the Stadio Olimpico in Rome.

Namibia has competed in five Rugby World Cup tournaments, having qualified as the African representative. The Namibian rugby union team, nicknamed the Welwitschias after the Namibian national symbol, made their first appearance at the Rugby World Cup in 1999 and appeared at the following four tournaments. Namibia has so far played 19 games at that cup without ever winning one. 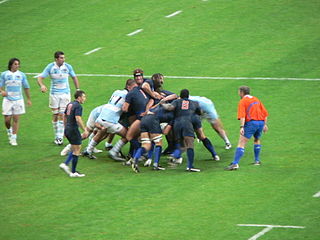 The France national rugby team have competed in all the Rugby World Cup tournaments. They are one of five teams who have played in the final match, having done so three times, losing and finishing second in the tournament each time. They have made it to at least the quarter-finals at every tournament.

Italy have competed in all the Rugby World Cup tournaments, having made their first appearance in the inaugural 1987 tournament. They have finished third in their pool at every tournament, except in 1999, the only tournament where they lost more than two games. Having never finished in the top two in their pool, they have never qualified to progress to the quarter-finals. They have won the most matches of those that have never made it to the quarter-finals. 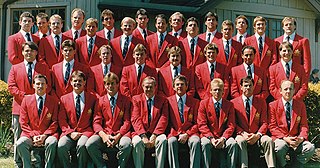 The Canada national rugby union team has played in every Rugby World Cup since the inaugural tournament in 1987. Their best performance was in 1991, when they beat Fiji and Romania, qualifying for the quarter-finals, where they lost to New Zealand.

Pool B of the 2019 Rugby World Cup began on 21 September 2019. The pool included title holders New Zealand and third-placed team from 2015 South Africa, while Italy also joined the pool after finishing third in their pool in 2015. They were joined by the African qualifier, Namibia, and the repechage winner, Canada.

Pool C of the 2019 Rugby World Cup began on 21 September 2019. The pool included previous World Cup hosts England and France, as well as the fourth-placed team from 2015, Argentina. They were joined by regional qualifiers from the Americas, United States (Americas 1), and Oceania, Tonga (Oceania 2), to become the first completed table ahead of the World Cup. 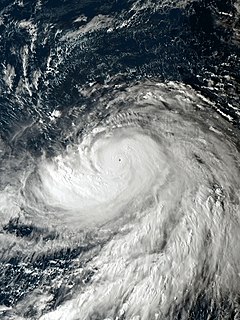 Typhoon Hagibis, known in Japan as Reiwa 1 East Japan Typhoon, was an extremely violent and large tropical cyclone that caused widespread destruction across its path. The thirty-eighth depression, ninth typhoon, and third super typhoon of the 2019 Pacific typhoon season, it was the strongest typhoon in decades to strike mainland Japan, and one of the largest typhoons ever recorded, with a peak gale-force diameter of 825 nautical miles. Hagibis was also the deadliest typhoon to strike Japan since Typhoon Tip in 1979. Its death toll is marginally higher than that of Typhoon Bess in 1982 and Typhoon Tokage in 2004.