Newton's cannonball was a thought experiment Isaac Newton used to hypothesize that the force of gravity was universal, and it was the key force for planetary motion. It appeared in his 1687 work Philosophiæ Naturalis Principia Mathematica (later editions printed in English as A Treatise of the System of the World). [1]

In this experiment from his book (p. 5-8), [1] Newton visualizes a cannon on top of a very high mountain. If there were no forces of gravitation or air resistance, the cannonball should follow a straight line away from Earth, in the direction that it was fired. If a gravitational force acts on the cannonball, it will follow a different path depending on its initial velocity. If the speed is low, it will simply fall back on Earth. (A and B) for example horizontal speed of 0 to 7,000 m/s for Earth.

If the speed is the orbital speed at that altitude, it will go on circling around the Earth along a fixed circular orbit, just like the Moon. (C) for example horizontal speed of at approximately 7,300 m/s for Earth.

If the speed is higher than the orbital velocity, but not high enough to leave Earth altogether (lower than the escape velocity), it will continue revolving around Earth along an elliptical orbit. (D) for example horizontal speed of 7,300 to approximately 10,000 m/s for Earth.

If the speed is very high, it will leave Earth in a parabolic (at exactly escape velocity) or hyperbolic trajectory. (E) for example horizontal speed of approximately greater than 10,000 m/s for Earth.

An image of the page from the System of the World showing Newton's diagram of this experiment was included on the Voyager Golden Record [2] (image #111).

In physics, a force is any influence that, when unopposed, will change the motion of an object. A force can cause an object with mass to change its velocity, i.e., to accelerate. Force can also be described intuitively as a push or a pull. A force has both magnitude and direction, making it a vector quantity. It is measured in the SI unit of newton (N). Force is represented by the symbol F.

In physics, motion is the phenomenon in which an object changes its position over time. Motion is mathematically described in terms of displacement, distance, velocity, acceleration, speed, and time. The motion of a body is observed by attaching a frame of reference to an observer and measuring the change in position of the body relative to that frame with change in time. The branch of physics describing the motion of objects without reference to its cause is kinematics; the branch studying forces and their effect on motion is dynamics. 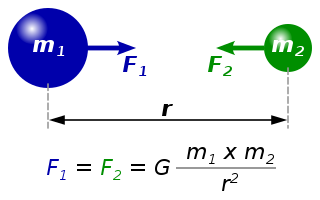 The gravitational constant, denoted by the letter G, is an empirical physical constant involved in the calculation of gravitational effects in Sir Isaac Newton's law of universal gravitation and in Albert Einstein's general theory of relativity.

In classical mechanics, Newton's laws of motion are three laws that describe the relationship between the motion of an object and the forces acting on it. The first law states that an object either remains at rest or continues to move at a constant velocity, unless it is acted upon by an external force. The second law states that the rate of change of momentum of an object is directly proportional to the force applied, or, for an object with constant mass, that the net force on an object is equal to the mass of that object multiplied by the acceleration. The third law states that when one object exerts a force on a second object, that second object exerts a force that is equal in magnitude and opposite in direction on the first object. 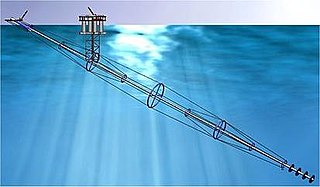 A space gun, sometimes called a Verne gun because of its appearance in From the Earth to the Moon by Jules Verne, is a method of launching an object into space using a large gun- or cannon-like structure. Space guns could thus potentially provide a method of non-rocket spacelaunch. It has been conjectured that space guns could place satellites into Earth's orbit, and could also launch spacecraft beyond Earth's gravitational pull and into other parts of the Solar System by exceeding Earth's escape velocity of about 11.20 km/s. However, these speeds are too far into the hypersonic range for most practical propulsion systems and also would cause most objects to burn up due to aerodynamic heating or be torn apart by aerodynamic drag. Therefore, a more likely future use of space guns would be to launch objects into Low Earth orbit, from where attached rockets could be fired or the objects could be "collected" by maneuverable orbiting satellites.

An interstellar probe is a space probe that has left—or is expected to leave—the Solar System and enter interstellar space, which is typically defined as the region beyond the heliopause. It also refers to probes capable of reaching other star systems. 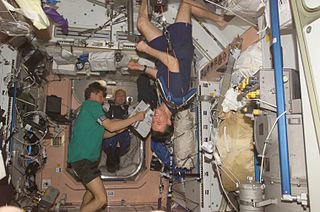 Weightlessness is the complete or near-complete absence of the sensation of weight. This is also termed zero-G, although the more correct term is "zero G-force". It occurs in the absence of any contact forces upon objects including the human body.