Last updated July 05, 2021
This article is about a UK government office. For similar positions in other countries, see Parliamentary secretary.
Not to be confused with Principal Private Secretary.

A Parliamentary Private Secretary (PPS) is a Member of Parliament (MP) in the United Kingdom who acts as an unpaid assistant to a minister or to the Leader of the Opposition. They are selected from backbench MPs as the 'eyes and ears' of the minister in the House of Commons. [1]

PPSs are junior to Parliamentary Under-Secretaries of State, a ministerial post salaried by one or more departments.

Duties and powers of a PPS

Although not paid other than their salary as an MP, [2] PPSs help the government to track backbench opinion in Parliament. They are subject to some restrictions as outlined in the Ministerial Code of the British government but are not members of the Government. [3] [1]

A PPS can sit on select committees but must avoid "associating themselves with recommendations critical of, or embarrassing to the Government", and must not make statements or ask questions on matters affecting the minister's department. [4] In particular, the PPS in the Department for Communities and Local Government may not participate in planning decisions or in the consideration of planning cases. [5] [6]

PPSs are not members of the government, and all efforts are made to avoid these positions being referred to as such. They are instead considered more simply as normal Members. However, their close confidence with ministers does impose obligations on every PPS. The guidelines surrounding the divulging of classified information by ministers to PPSs are rigid. [7]

Ministers choose their own PPSs, but they are expected to consult the Chief Whip and must seek the written approval for each candidate from the Prime Minister. [8]

Although not on the government payroll, PPSs are expected to act as part of the payroll vote, voting in line with the government on every division. [9] [10]

When on official Departmental business, a PPS receives travel and subsistence allowance paid out of government funds, as with formal members of the government. This makes the PPS the only type of unpaid advisor who receives reimbursement in the course of duty. [11]

Overseas travel for PPSs must be approved by the Prime Minister and is granted only in exceptional cases. [11]

The role in the career of MPs

The role of PPS is seen as a starting point for many MPs who aspire to become ministers themselves. [12] According to Philip W. Buck, a professor of political science at Stanford University:

Nine-tenths of the M.P.s who first won seats in the House of Commons in 1918 or thereafter, and who held some ministerial office in the years from 1918 to 1955, began their progress towards posts in a ministry or a Cabinet by serving as parliamentary secretaries or as junior ministers... Recruitment to the front bench clearly begins with these two offices. [13]

After the leaking of party details in emails associated with Desmond Swayne, PPS to David Cameron, a writer of the Thirsk and Malton Labour Party Constituency Blog commented:

A Parliamentary Private Secretary (PPS) is a thankless job. Despite having risen to the rank of MP, those with Governmental ambitions will need to pay their dues once more – as a bag carrier. Admittedly, PPS is a bit more than that – you are supposed to be the eyes and ears, reporting back to your boss all the gossip, what people are saying about your work in the bars and cafes of Westminster. [14]

The following is a list of Parliamentary Private Secretaries in the UK, as at October 2020. [15] The most notable are the:

The Leader of the Opposition usually appoints one Parliamentary Private Secretary as well. [16]

While giving the holder a close-up view of the workings of government at the highest levels, relatively few Parliamentary Private Secretaries to the Prime Minister seem to have gone on to serve at the highest level of government themselves, although Sir Alec Douglas-Home served as Prime Minister in 1963–4, while Anthony Barber was Chancellor of the Exchequer from 1970 to 1974, Robert Carr, Home Secretary, 1972–4, and Christopher Soames, Peter Shore, and Gavin Williamson, the current Secretary of State for Education, all went on to be senior Cabinet ministers.

Alexander Frederick Douglas-Home, Baron Home of the Hirsel, was a British Conservative politician who served as Prime Minister of the United Kingdom from 1963 to 1964. He was the only British prime minister born during the Edwardian era, and the last to hold office while a member of the House of Lords, before disclaiming his peerage and taking up a seat in the House of Commons for the remainder of his premiership. His reputation, however, rests more on his two periods serving as Britain's foreign minister than on his brief premiership.

A parliamentary secretary is a member of Parliament in the Westminster system who assists a more senior minister with their duties. In several countries, the position has been re-designated as assistant minister.

Anthony David Steen CBE is a former British Conservative Party politician and barrister. He was a Member of Parliament (MP) from 1974 to 2010, and the Chairman of the Human Trafficking Foundation. Having represented Totnes in Devon since 1997, he was previously MP for South Hams from 1983, and had also been the MP for Liverpool Wavertree between February 1974 and 1983. From 1992 to 1994, he was Parliamentary Private Secretary (PPS) to Peter Brooke MP as Secretary of State for Culture, Media and Sport.

The Chief Whip is a political office whose task is to administer the whipping system that tries to ensure that members of the party attend and vote as the party leadership desires. 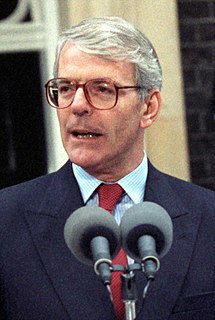 The 1990 Conservative Party leadership election in the United Kingdom took place on 20 November 1990 following the decision of Michael Heseltine, former Defence and Environment Secretary, to challenge Margaret Thatcher, the incumbent Prime Minister, for leadership of the Conservative Party. 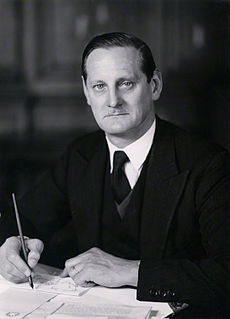 Sir Julian Errington Ridsdale was a British National Liberal and later Conservative politician and long-serving Member of Parliament (MP) for Harwich. He took a particular interest in Japan. 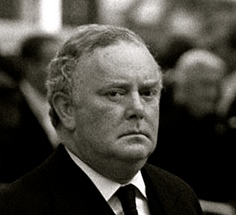 The payroll vote is a term in the British parliamentary system for Members of Parliament who concurrently hold Government positions. It includes ministers and Parliamentary Private Secretaries. Even though the last are unpaid, they are widely regarded as being on the "first rung of the ministerial ladder". There is a commonly observed convention in the British constitution that all government ministers, including the Prime Minister, be members of either the House of Commons or the House of Lords, although this is not always strictly observed.

The Ministerial Code is a document setting out "rules" and standards for government ministers in the United Kingdom. Separate codes exist for ministers of the Scottish Government, the Northern Ireland Executive and the Welsh Government.

Alec Edward Shelbrooke PC MP is a British Conservative politician who has been Member of Parliament for Elmet and Rothwell since 2010. 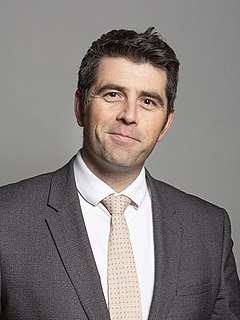 Scott Leslie Mann is a British Conservative politician and has been the Member of Parliament (MP) for North Cornwall since 2015. He previously represented the Wadebridge West ward on Cornwall Council between 2009 and 2016.

Kevin Paul Hollinrake is a British Conservative politician and businessman. He has been the Member of Parliament (MP) for Thirsk and Malton since May 2015. 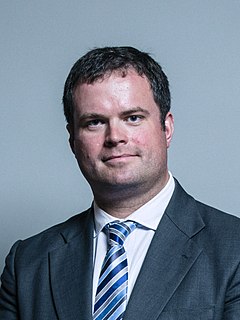 The Ministerial and other Maternity Allowances Act 2021 is an Act of Parliament that allows ministers and paid opposition figures to take up to six months maternity leave at full pay. 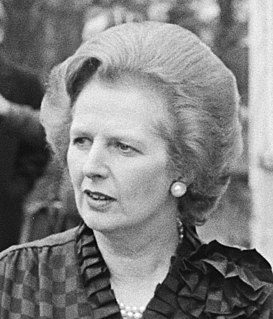 The Gang of 25 or the Group of 25 was a cohort of British Conservative Party backbench members of Parliament (MPs) that threatened to vote against prime minister Margaret Thatcher's 1981 Autumn Statement. The statement contained monetarist measures to control inflation. Similar measures introduced since 1979 had reduced inflation but caused job losses in the manufacturing sector.