Secretary of State for Transport

The names provided in the sections below are those who have served in a position equivalent to the Secretary of State for Transport.

The Ministry of Civil Aviation was created by Winston Churchill in 1944 to look at peaceful ways of using aircraft and to find something for the aircraft factories to do after the war. The new Conservative government in 1951 appointed the same minister to both Transport and Civil Aviation, finally amalgamating the ministries on 1 October 1953.

Minister within the Department of the Environment (1970–1976)

The junior ministers responsible for transport within the Department for the Environment:

The Department for Transport was recreated as a separate department by James Callaghan in 1976.

Not an official member of the cabinet. Colour key (for political parties):   Conservative

Secretary of State for Environment, Transport and the Regions (1997–2001)

The super-department Department of the Environment, Transport and the Regions was created in 1997 for Deputy Prime Minister John Prescott. Colour key (for political parties):   Labour

From 1997 to 2001, the Ministers of State with responsibility for Transport were:

John Reid attended cabinet meetings, but was not formally a member of the cabinet whereas Gavin Strang was given a seat in the cabinet when he held the position.

Secretary of State for Transport, Local Government and the Regions (2001–2002)

After Byers' resignation, such a division was made, with the portfolios of Local Government and the Regions transferred to the Office of the Deputy Prime Minister.

During the lifetime of DTLGR, John Spellar served as Minister of State for Transport with a right to attend Cabinet.

The Deputy Prime Minister of the United Kingdom (DPM) is a senior member of the Cabinet of the United Kingdom. The office of the Deputy Prime Minister is not a permanent position, existing only at the discretion of the Prime Minister, who may appoint to other offices, such as First Secretary of State, to give seniority to a particular cabinet minister. Due to the two offices tending not to coincide, and both representing the Prime Minister's deputy, some journalists may refer informally to the First Secretary of State as the Deputy PM. More recently, under the Second May ministry, the functions of this office were exercised by the Minister for the Cabinet Office.

Her Majesty's Principal Secretary of State for Wales is the principal minister of Her Majesty's Government in the United Kingdom with responsibilities for Wales. He or she is a member of the cabinet and the head of the Wales Office. He or she is responsible for ensuring Welsh interests are taken into account by Her Majesty's Government, representing the government within Wales and overseeing the passing of legislation which is only for Wales. The post is currently held by Simon Hart since 2019.

Her Majesty's Principal Secretary of State for Health and Social Care is a British cabinet position serving as head of the Department of Health and Social Care and holds responsibility for the National Health Service (NHS). Since devolution in 1999, the position holder's responsibility for the NHS is mainly restricted to the health service in England, with the holder's counterparts in Scotland and Wales responsible for the NHS in Scotland and Wales. Prior to devolution, the Secretaries of State for Scotland and Wales had those respective responsibilities, but the Department of Health had a larger role than now in the co-ordination of health policy across Great Britain. Health services in Northern Ireland have always had separate arrangements from the rest of the UK, and are currently the responsibility of the Health Minister in the Northern Ireland Executive.

Gavin Steel Strang is a Scottish politician who served in the House of Commons for nearly forty years, representing Edinburgh East for Labour. Strang served as a minister in the 1974–79 Government under Prime Ministers Harold Wilson and James Callaghan, as well as in the Cabinet under Tony Blair. By the time of his retirement at the 2010 General Election, he was the longest serving Scottish MP.

Gordon Brown formed the Brown ministry after being invited by Queen Elizabeth II to begin a new government following the resignation of the previous Prime Minister of the United Kingdom, Tony Blair, on 27 June 2007. In his inaugural cabinet, Brown appointed the United Kingdom's first female Home Secretary, Jacqui Smith. 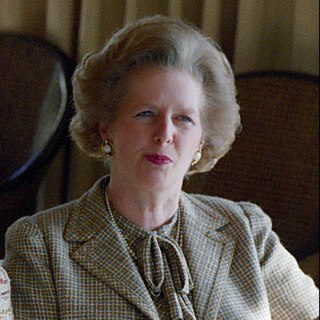 David Cameron and Nick Clegg formed the Cameron–Clegg coalition, after the former was invited by Queen Elizabeth II to form a new government, following the resignation of Prime Minister Gordon Brown on 11 May 2010 following the General Election on 6th May 2010. It was the first coalition government in the UK since the Churchill war ministry and was led by Cameron with Clegg as Deputy Prime Minister, composed of members of both the Conservative Party and the Liberal Democrats. 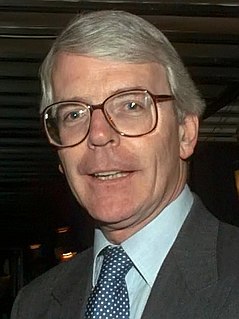