The SCR-658 radar is a radio direction finding set [1] introduced by the U. S. Army in 1944, [2] was developed in conjunction with the SCR-268 radar. It was preceded by the SCR-258. Its primary purpose was to track weather balloons. Prior to this it was only possible to track weather balloons with a theodolite, causing difficulty with visual tracking in poor weather conditions. The set is small enough to be portable and carried in a Ben Hur trailer.

There is one known survivor at the Air Force museum in Dayton Ohio. [3] 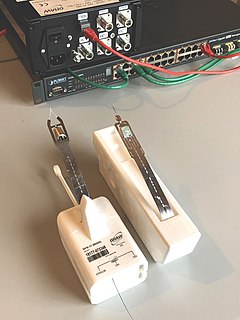 The SCR-270 was one of the first operational early-warning radars. It was the U.S. Army's primary long-distance radar throughout World War II and was deployed around the world. It is also known as the Pearl Harbor Radar, since it was an SCR-270 set that detected the incoming raid about 45 minutes before the December 7, 1941, attack on Pearl Harbor commenced.

Camp Evans Historic District is an area of the Camp Evans Formerly Used Defense Site in Wall Township, New Jersey. The site of the military installation is noted for a 1914 transatlantic radio receiver and various World War II/Cold War laboratories of the United States Army. It was designated a National Historic Landmark District in 2012, in recognition of the site's long role in the development of modern civilian and military electronic communications. 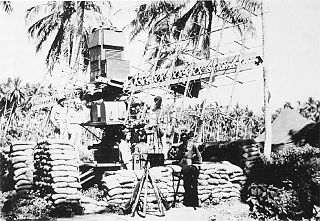 The SCR-268 was the United States Army's first radar system. Introduced in 1940, it was developed to provide accurate aiming information for antiaircraft artillery and was also used for gun laying systems and directing searchlights against aircraft. The radar was widely utilized by both Army and Marine Corps air defense and early warning units during World War II. By the end of World War II the system was already considered out of date, having been replaced by the much smaller and more accurate SCR-584 microwave-based system.

The gun data computer was a series of artillery computers used by the U.S. Army for coastal artillery, field artillery and anti-aircraft artillery applications. In antiaircraft applications they were used in conjunction with a director. 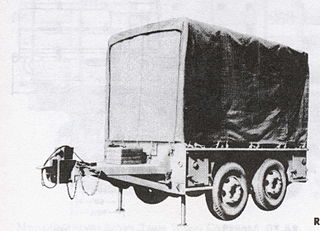 The SCR-784 was a radar set used by the U.S. Army designed to be an amphibious version of the SCR-584, to control the fire of anti-aircraft batteries, and mounted on a searchlight trailer called a K-84. The set was used to guide the flare plane over the target. 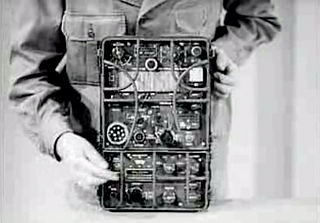 The SCR-694 was a portable two way radio set used by the U.S. military during World War II.

The BC-342 was a World War II U.S. Army Signal Corps high frequency radio receiver. It was used primarily as part of field installations such as the SCR-188A, but could be used with mobile sets such as the 2 1/2 ton mounted SCR-399. First designed at Fort Monmouth, New Jersey by the U.S. Army Signal Corps, it was built by various manufacturers including RCA. Many of the later units that are encountered today were manufactured by the Farnsworth Television and Radio Corporation of Fort Wayne, Indiana. Variants include the low frequency coverage BC-344 receiver, and the battery or dynamotor powered BC-312 receiver. 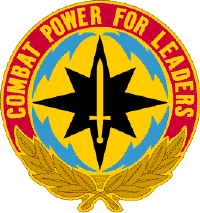 The Communications-Electronics Command (CECOM) is a Life Cycle Management Command (LCMC) of the United States Army based at Aberdeen Proving Ground, Maryland, United States. It is one of four such commands under the Army Materiel Command (AMC), and is the Army's provider and maintainer of Command, Control, Communications, Computers, Cyber, Intelligence, Surveillance and Reconnaissance (C5ISR) capabilities.

The AN/MRN-1 was an instrument approach localizer used by the Army Air Force during and after World War II. It was standardized on 3 July 1942. It replaced the SCR-241, and was a component of SCS-51.

The AN/MRN-3 was a marker beacon set used by the Army Air Force during and after World War II, it was standardized 23 October 1943, and replaced SCR-241.

Signal Corps Laboratories (SCL) was formed on June 30, 1930, as part of the U.S. Army Signal Corps at Fort Monmouth, New Jersey. Through the years, the SCL had a number of changes in name, but remained the operation providing research and development services for the Signal Corps.

The SCR-68 was a military radiotelephone used by the US Army Signal Corps as an aircraft radio in the waning months of World War I. Due to its many problems, primarily its inability to communicate with other radios, like its ground component the SCR-67 or the larger truck mounted SCR-108, over large distances, the SCR-68 quickly became obsolete. Nonetheless, the SCR-68 was one of the first steps towards developing more effective messaging between pilots and commanders, even beyond military usage.

John William Marchetti was a radar pioneer who had an outstanding career combining government and industrial activities. He was born of immigrant parents in Boston, Massachusetts, and entered Columbia College and Columbia School of Engineering and Applied Science in 1925. In a six-year program combining liberal arts and engineering, he earned both A.B. and B.S. degrees, followed by the graduate E.E. degree in 1931. He was employed by New York Edison as a power engineer for several years, during which time he also participated in the U.S. Naval Reserve as an Ensign.

National Weather Service - Shreveport, LA (SHV) is one of 122 weather forecast offices around the United States. It is responsible for issuing public and aviation forecasts and warning for South Central and Southwestern Arkansas, Southeastern Oklahoma, and Eastern and Northeastern Texas Counties, as well as for North Central and Northwestern Louisiana Parishes. It is co-located with a weather radar (KSHV) of the NEXRAD network and an upper air sounding facility. It controls the issuance of weather information and bulletins on a certain number of NOAA Weather Radio.

The SCR-602 also known as the AN/TPS-3, was a mobile, lightweight, medium-range, early-warning radar utilized by the United States and its allies during World War II. The radar was originally designed for use during the initial stages of an amphibious assault or military operation where its lightweight relative to other radar systems was a distinct advantage. Once larger radars such as the SCR-270 or AN/TPS-1 came online the SCR-602 could also be used to fill in gaps in radar coverage.