TV 2 Bliss was a Norwegian television channel designed for a mostly female audience. In November 2015, the channel was replaced by TV 2 Livsstil. 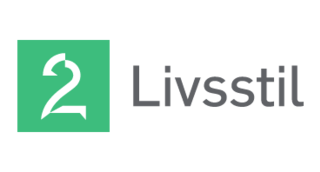 TV 2 Livsstil is a Norwegian TV channel owned by the TV 2 Group. The channel replaces the previous channel TV 2 Bliss.

Saved by the Bell is an American television sitcom that aired on NBC from 1989 to 1993. A retooling of the Disney Channel series Good Morning, Miss Bliss, the show follows a group of high school friends and their principal. Primarily focusing on lighthearted comedic situations, it occasionally touches on serious social issues, such as drug use, driving under the influence, homelessness, remarriage, death, women's rights, and environmental issues. The series starred Mark-Paul Gosselaar, Dustin Diamond, Lark Voorhies, Dennis Haskins, Tiffani-Amber Thiessen, Elizabeth Berkley, and Mario Lopez.

Bliss may refer to:

KSCI, virtual and UHF digital channel 18, is an independent television station serving Los Angeles, California, United States that is licensed to Long Beach. The station is owned by NRJ TV LLC. KSCI's studios are located on South Bundy Drive in West Los Angeles, and its transmitter is located atop Mount Harvard. The station's signal is relayed on low-power translator stations KSKJ-CD in Van Nuys and KSKT-CD in San Marcos. The station served as a multicultural television station until July 2017, when it changed to a schedule primarily featuring infomercials.

X Bomber is a marionette tokusatsu TV series. It was created by manga artist Go Nagai, and produced by Cosmo Productions and Jin Productions. The show aired on Fuji TV from October 4, 1980 to March 28, 1981, with a total of 26 episodes, and was billed in Japan as being filmed in "Sūpāmariorama" (スーパーマリオラマ), a puppeteering process similar to Gerry Anderson's Supermarionation works.

Scuzz was a British 24-hour rock & metal music television channel owned and operated by Sony Pictures Television. It launched on 17 April 2003 and went on to be the highest-rated rock TV station on satellite platform Sky which was available in over 12 million homes in the UK and Ireland.

Chart Show TV is a British music television channel owned and operated by Sony Pictures Television, who acquired the CSC Media Group, a company associated with the makers of The Chart Show, a television programme that had previously been on Channel 4 and ITV, before relaunching it themselves in 2008. It launched on 16 September 2002 and initially consisted of several different charts, mimicking the format of the television show upon which it was based; however, many of these were dropped and the channel started showing mainly just videos. Chart format shows have been brought back based on different genres such as the rock chart, urban chart and download chart. 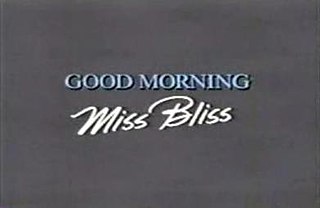 Good Morning, Miss Bliss is an American teen sitcom that aired on the Disney Channel from 1988 to 1989, starring Hayley Mills as a teacher at John F. Kennedy Junior High School in Indianapolis, Indiana. After one season on the air on the Disney Channel the show was retooled as Saved by the Bell, which aired on NBC.

Bliss n Eso are an Australian hip hop trio based in Sydney, and were originally known as Bliss n' Esoterik for their debut EP The Arrival. Bliss n Eso are currently signed to Melbourne record label Illusive Sounds, and are managed and booked by label co-founders Adam Jankie and Matt Gudinski. Bliss n Eso have released six studio albums which include three number 1 debuts on the ARIA Charts. They have also won two ARIA Award for Best Urban Release for their 2008 album Flying Colours and for Best Music Video for their 2017 single "Moments". Eso, under the alias Esoterik, released an album entitled "My Astral Plane" in May 2018.

The Amp was a satellite and cable television channel, showing music videos, owned by British Sky Broadcasting, and operated on their behalf by Chart Show Channels. It was operated as part of a trio, with Scuzz and Flaunt as its sister stations.

Ionotropic glutamate receptors (iGluRs) are ligand-gated ion channels that are activated by the neurotransmitter glutamate. They mediate the majority of excitatory synaptic transmission throughout the central nervous system and are key players in synaptic plasticity, which is important for learning and memory. iGluRs have been divided into four subtypes on the basis of their ligand binding properties (pharmacology) and sequence similarity: AMPA receptors, kainate receptors, NMDA receptors and delta receptors.

Questions and answers may refer to

Marwan Parham Al Awadhi is an Emirati disc jockey, emcee, TV presenter and radio personality working in Dubai. In addition to being actively involved in the nightclub and DJ scene in Dubai, he is known for his music production including co-producing Wyclef Jean and releasing his own single and compilation album The Projects. The album was released on BMGI Middle East and was top 10 on Middle East album chart of Virgin. He is also credited as one of the first Emirati DJ to go on world tour. He previously hosted the television show That's Entertainment on Dubai One as well as the radio show The Real Flava on Channel 4 in Dubai. On February 12, 2016 in a milestone achievement, DJ Bliss became the first Emirati DJ/Artist to have a number 1 album, 'Made In Dubai' on iTunes.

True Drama was a television channel in the United Kingdom and Ireland, broadcasting drama programming as part of the CSC Media Group's True brand of channels. True Drama was originally scheduled to launch on 24 April 2013, but the launch was delayed until 4 June 2013, when it replaced True Entertainment +1 on Sky channel 237. It moved to channel 183 there on 17 June 2013, swapping places with AIT International. It launched on Freesat on 21 July 2014 along with Tiny Pop +1, replacing Flava and Bliss on the platform.

Alexis Kaufman is an American professional wrestler currently signed to WWE, performing on the Raw brand under the ring name Alexa Bliss. 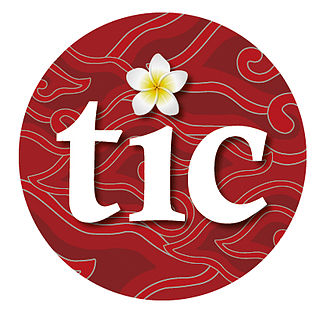 The Indonesia Channel is an international English-language TV channel based in Jakarta, Indonesia. The channel is run by an international team of broadcast professionals, acquiring and producing content for global distribution. The programming lineup blends hot entertainment programs with compelling news and talk shows.