The Council was an African-American organized crime syndicate in New York City that controlled the heroin trade in the Harlem area of the city during the 1970s. Formed by Nicky Barnes in 1972, the seven-man organization ran the heroin trade in Harlem, handled local criminal disputes, and solved other issues related to the drug trade. [2] The Council was heavily connected to the Italian-American Mafia in New York City, where Matthew Madonna of the Lucchese crime family supplied the group with raw heroin, which was then diluted and distributed in Harlem. At its peak, Council-manufactured heroin began to be distributed across New York State, New Jersey, Pennsylvania, as far west as Arizona, and even into Canada. [3] Nicky Barnes was sentenced to life imprisonment in 1978, and in 1982 he became a federal informant, with his testimony leading to the dissolution of The Council in 1983. [2]

Ellsworth Raymond "Bumpy" Johnson was an American mob boss and bookmaker in New York City's Harlem neighborhood. He was the main Harlem associate of Charles "Lucky" Luciano and what later became known as the Genovese crime family, and his criminal career has inspired films and television.

The Black Mafia, also known as the Philadelphia Black Mafia (PBM), Black Muslim Mafia and Muslim Mob, was a Philadelphia-based African-American organized crime syndicate. The organization began as a small criminal collective, known for holding up neighborhood crap games and dealing in the illegal drug business, but at its height of operation until about 1975, it managed to consolidate power and control a large portion of criminal activity in various African-American neighborhoods throughout Philadelphia, the Delaware Valley, and South Jersey, including Atlantic City. In addition to drug trafficking, burglary, and armed robbery, the Black Mafia was also engaged in traditional organized crime activities such as extortion, racketeering, prostitution, loansharking, number running and other illegal gambling rackets.

Leroy Nicholas Barnes was an American crime boss, active in New York City during the 1970s.

Carlito's Way: Rise to Power is a 2005 prequel to Brian De Palma's 1993 film Carlito's Way. It is based on the novel Carlito's Way by Edwin Torres. The previous film was based on the Torres novel After Hours, but was retitled to avoid it being confused with Martin Scorsese’s 1985 film of the same name. The film was written and directed by Michael Bregman, who produced the first film. His father, Martin Bregman, produced both films. The film was released in limited theaters 20 days prior to being released on DVD.

Salvatore "Toto" D'Aquila was an early Italian-American Mafia boss in New York City of the D'Aquila crime family, what would later become known as the Gambino crime family.

Guy Thomas Fisher is a convicted racketeer who was once part of "The Council", an African-American crime organization that controlled the heroin trade in Harlem from 1972-1983. He became the first black man to own and operate the Apollo Theater in Harlem when he purchased it in 1977. Fisher is currently serving a life sentence at the Yazoo City Federal Correctional Complex in Yazoo City, MS.

In the 19th and early 20th centuries, African-American organized crime emerged following the large-scale migration of African Americans to major cities of the Northeast, Midwest, and later the West Coast. In many of these newly established communities and neighborhoods, criminal activities such as illegal gambling, speakeasies and bootlegging were seen in the post-World War I and Prohibition eras. Although the majority of these businesses were operated by African Americans, it is unclear to the extent these operations were run independently of the larger criminal organizations of the time. 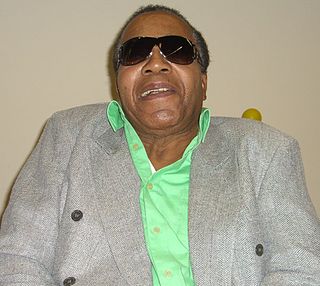 Frank Lucas was an American drug trafficker who operated in Harlem during the late 1960s and early 1970s. He was known for cutting out middlemen in the drug trade and buying heroin directly from his source in the Golden Triangle in Southeast Asia. Lucas boasted that he smuggled heroin using the coffins of dead American servicemen, but this claim is denied by his Southeast Asian associate, Leslie "Ike" Atkinson. Rather than hide the drugs in the coffins, they were hidden in the pallets underneath, as depicted in the feature film American Gangster (2007) in which he was played by Denzel Washington, although the film fictionalized elements of Lucas' life for dramatic effect. In 1976, Lucas was convicted of drug trafficking and sentenced to 70 years in prison, however, after becoming an informant, his sentence was reduced to five years. He was convicted of the same offense in 1984, and sentenced to seven years in prison. He died in 2019.

American Gangster is a documentary television series, which airs on BET. The show features some of black America's most infamous and powerful gangsters and is narrated by Ving Rhames. The series premiere, on November 28, 2006, amassed around one million viewers. The first season ended on January 9, 2007, and comprised 6 episodes; a season 1 DVD was released on October 23, 2007. The second season aired October 3, 2007; a season 2 DVD was released on June 10, 2008. In April 2009, A&E Networks purchased the rights to air seasons 1–3 on their networks. They can be seen primarily on the Bio Channel and the flagship A&E Channel. They can also be seen on A&E's Crime and Investigation Network.

Joseph "Tough Joey" Rao, also known as Joey Rao and Joseph Cangro was a New York mobster who was both a rival and an associate of mobster Dutch Schultz. Rao was involved in drug trafficking, policy banking, and running slot machines in Harlem, New York.

Matthew Madonna is a former street boss of the Lucchese crime family.

Mr. Untouchable is an English-language documentary film for HDNet Films, directed by Marc Levin, and produced by Mary-Jane Robinson. The film, which opened in limited release on October 26, 2007, like the memoir, Mr. Untouchable: My Crimes and Punishments, addresses the rise and fall of Nicky Barnes, a former drug kingpin in New York City. The film includes first-hand testimony from Barnes himself and was produced by New York-based Blowback Productions.

The French Connection was a scheme through which heroin was smuggled from Turkey to France and then to the United States and Canada. The operation started in the 1930s, reached its peak in the 1960s, and was dismantled in the 1970s. It was responsible for providing the vast majority of the heroin used in the United States at the time. The operation was headed by Corsican criminals Paul Carbone and Antoine Guérini, and also involved Auguste Ricord, Paul Mondoloni and Salvatore Greco. Most of the operation's starting capital came from assets that Ricord had stolen during World War II when he worked for Henri Lafont, one of the heads of the Carlingue during the German occupation in World War II.

The East Harlem Purple Gang was a semi-independent gang of Italian American hit-men and heroin dealers who, according to federal prosecutors, dominated heroin distribution in East Harlem, Italian Harlem, and the Bronx during the late 1970s and early 1980s in New York City. Though mostly independent of the Italian-American Mafia and not an official Mafia crew, the gang was originally affiliated with and worked with the Lucchese crime family and later with the Bonanno crime family and Genovese crime family. It developed its "closest ties" with the Genovese family, and its remnants or former members are now part of the Genovese family's 116th Street Crew.

Wallace Rice is a gangster who was part of the 1970s heroin trade in Harlem, New York. Rice was one of the seven members of The Council that included Leroy "Nicky" Barnes, known as "Mr Untouchable", its leader.

A drug lord, drug baron, kingpin or narcotrafficker is a high ranking crime boss who controls a sizable network of people involved in the illegal drug trade. Such figures are often difficult to bring to justice, as they are normally not directly in possession of something illegal, but are insulated from the actual trade in drugs by several layers of staff. The prosecution of drug lords is therefore usually the result of carefully planned infiltration into their networks, often using informants from within the organization.

Frank "Black Caesar" Matthews is a major heroin and cocaine trafficker who operated throughout the eastern seaboard during the late 1960s and early 1970s. At the peak of his career he operated in 21 states and supplied major dealers throughout every region of the country. Although there is more attention paid to other drug kingpins of the era, Frank Matthews is said by the Drug Enforcement Administration (DEA) to be one of the most significant traffickers of the time. He led a flamboyant lifestyle, with large sable mink coats, prime seats at major sporting events, luxury vehicles, and regular trips to Las Vegas where he was treated like a king. Matthews would also become known for hosting a major African-American drug dealers "summit" in Atlanta in 1971. The attendee list, gathered by DEA surveillance, was a who's who of most major African-American and Hispanic dealers throughout the country; they were all there to discuss how to break the Italian Mafia's control of heroin importation so that black drug dealers would not have to rely on them in the future. 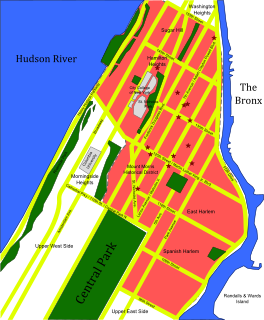 Greater Harlem, in the northern section of the New York City borough of Manhattan, has historically had high poverty and crime rates. Crime in Harlem is mainly related to petty theft, murder, drugs and prostitution. As of 1995, the leading cause of death among black males in Harlem was homicide. According to a survey published in 2013 by Union Settlement Association, residents of East Harlem perceive crime as their biggest single concern.

Louis "Lou" Diaz is an American former Drug Enforcement Administration (DEA) agent who was largely responsible for the arrest and conviction of Leroy Nicky Barnes a.k.a. "Mr. Untouchable". He was also instrumental in dismantling Barnes' entire drug trafficking organization known as the "Council". As an undercover agent, he also brought down members of the Medellin Cartel. Diaz is also an author and actor, who has participated in many major television series and Hollywood films under the pseudonym Lou Casal.