The concert was filmed live in Detroit, Michigan, USA on Halloween 1986 at the start of his "The Nightmare Returns" World Tour, in support of his album Constrictor . 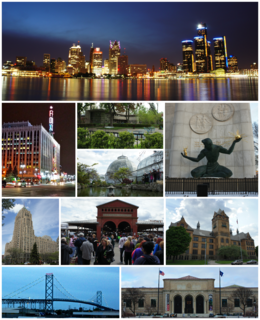 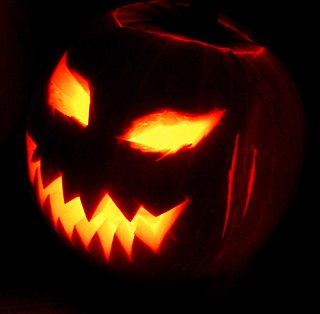 Halloween or Hallowe'en, also known as Allhalloween, All Hallows' Eve, or All Saints' Eve, is a celebration observed in several countries on 31 October, the eve of the Western Christian feast of All Hallows' Day. It begins the three-day observance of Allhallowtide, the time in the liturgical year dedicated to remembering the dead, including saints (hallows), martyrs, and all the faithful departed.

Betamax is a consumer-level analog-recording and cassette format of magnetic tape for video. It was developed by Sony and was released in Japan on May 10, 1975. The first Betamax device introduced in the United States was the LV-1901 console, which included a 19-inch (48 cm) color monitor, and appeared in stores in early November 1975. The cassettes contain 0.50-inch-wide (12.7 mm) videotape in a design similar to that of the earlier, professional 0.75-inch-wide (19 mm), U-matic format. Betamax is obsolete, having lost the videotape format war to VHS. Despite this, Betamax recorders would not be discontinued until 2002, while new Betamax cassettes were available until March 2016, when Sony stopped making and selling them.

The music video for "Teenage Frankenstein" consists of footage from this concert.

Kane Roberts is an American heavy metal guitarist best known for his tenure in Alice Cooper's band from 1985 to 1988. Additionally, he has performed as a solo act, and his cover of the unreleased Bon Jovi song "Does Anybody Really Fall In Love Anymore" cracked the Top 40 on the Billboard Hot 100. He also played a memorable cameo role as a forklift driver in Wes Craven's Shocker.

Ken K Mary is an American musician, who has worked as a drummer, producer, engineer, singer, record executive and writer on over thirty-five albums that combined have sold over five million copies worldwide. He has worked in genres from heavy rock to choral music. Mary is best known for his work with notable acts such as Accept, Fifth Angel, Chastain, TKO, Impellitteri, House of Lords, Bonfire and Alice Cooper, and is currently the drummer of Flotsam and Jetsam.

Winger is an American rock band that has combined elements of glam metal and progressive metal. Formed in New York City, Winger gained popularity during the late 1980s and early 1990s. The band's two platinum albums, Winger and In the Heart of the Young, along with charting singles "Seventeen", "Headed for a Heartbreak" and "Miles Away", put them on the top of the charts by the early 1990s. In 1990, the band was nominated for an American Music Award for "Best New Heavy Metal Band". As the music scene changed in the early to mid-1990s due to the popularity of grunge, their success faded after their third release Pull.

Raise Your Fist and Yell is the tenth solo album by rock musician Alice Cooper released on September 5th 1987. It features the track “Prince of Darkness”, which is featured very briefly in the John Carpenter film of the same name, in which Cooper has a cameo as a murderous vagrant. The song can be heard on the Walkman of one of his victims. A music video was made for the song “Freedom”, which also became the album's sole single. Raise Your Fist and Yell is the only Alice Cooper album to feature Ken K. Mary on drums and the last to feature Kip Winger on bass. 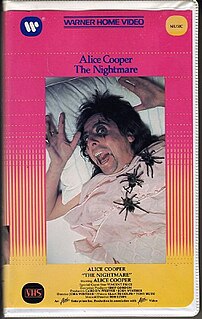 Alice Cooper: The Nightmare was a conceptual television special showcasing the music of the Welcome To My Nightmare album by Alice Cooper. It originally broadcast in North America on April 25, 1975 by ABC.

Stephen John Hunter is an American guitarist, primarily a session player. He has worked with Lou Reed and Alice Cooper, acquiring the monniker "The Deacon". Hunter first played with Mitch Ryder's Detroit, beginning a long association with record producer Bob Ezrin who has said Steve Hunter has contributed so much to rock music in general that he truly deserves the designation of "Guitar Hero". Steve Hunter has played some of the greatest riffs in rock history - that first slamming solo that rings in Aerosmith's "Train Kept A Rollin'", the acoustic intro on Peter Gabriel's "Solsbury Hill" and he wrote the legendary intro interlude that made Lou Reed's live version of "Sweet Jane" Reed's first gold record. 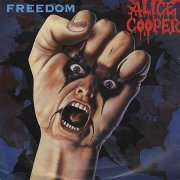