Alice Cooper's Greatest Hits is the only greatest hits album by American rock band Alice Cooper, and their last release as a band. Released in 1974, it features hit songs from five of the band's seven studio albums. It does not include any material from their first two albums, Pretties for You and Easy Action .

This compilation's song versions were remixed by Jack Richardson at the time, with the remix of "I'm Eighteen" being released as a single in the US. The reason behind remixing the songs was perhaps to boost its appeal as "new" versions because no new tracks were available for inclusion by the group as they were on hiatus at the time.

This compilation was expanded upon when, in 2001, Rhino released Mascara & Monsters: The Best of Alice Cooper , which includes the original single versions of the songs in addition to a number of Cooper's post-1974 hits as a solo artist, filling up the entire CD.

The album's cover art was designed by Ernie Cefalu and features a sepia-toned Drew Struzan illustration of the band members in front of a 1930s garage, accompanied by such period movie stars as Humphrey Bogart, Clark Gable, Robert Taylor, Edward G. Robinson, Jean Harlow, Peter Lorre, and Groucho Marx. The inner sleeve features a similar illustration of the band surrounded by these and other stars of Hollywood's golden age such as Marilyn Monroe, Gary Cooper, Judy Garland, Errol Flynn, Clara Bow, Boris Karloff, Zasu Pitts, Tyrone Power, Bela Lugosi, Marlene Dietrich, Tallulah Bankhead, Veronica Lake and Alan Ladd. A depiction of the St. Valentine's Day Massacre is in the upper middle. The album was released by Friday Music records on vinyl in 2013 with a Gatefold cover, mimicking the 1974 Australian release of the album, [2] which was the only territory where it was originally released with a Gatefold sleeve. 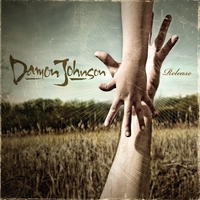 Release is the second solo album by guitarist and singer-songwriter Damon Johnson, who has been a member of Brother Cane, Slave to the System, Whiskey Falls, and Alice Cooper's band, and is currently with Black Star Riders and Thin Lizzy. Mostly acoustic, this album was recorded while Johnson was with Alice Cooper, who features on one track, a cover of "Generation Landslide" from Cooper's 1973 album Billion Dollar Babies.