The Definitive Alice Cooper is a compilation album by Alice Cooper, released in 2001 on Rhino Records. It is the international counterpart of Mascara & Monsters: The Best of Alice Cooper , with a slightly different track listing and a different cover. The album was released worldwide except in the United States. 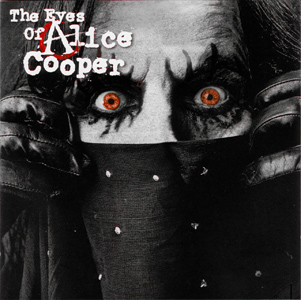 DaDa is the eighth solo album by Alice Cooper. It was originally released in September 28, 1983, on the label Warner Bros.. DaDa would be Cooper's last album until his sober re-emergence in 1986 with the album Constrictor. The album's theme is ambiguous, however, ongoing themes in the songs' lyrics suggest that the main character in question, Sonny, suffers from mental illness, resulting in the creation of many different personalities. The album alludes strongly to the dadaist movement. Its cover was based on a painting by surrealist artist Salvador Dalí titled Slave Market with the Disappearing Bust of Voltaire. Produced by long-time collaborator Bob Ezrin, at the time his first production with Cooper in six years, DaDa was recorded at ESP Studios in Buttonville, Ontario, Canada.

Toronto Rock 'n' Roll Revival 1969, Volume IV is a live album of the Alice Cooper Band. Due to the fact that the recording is owned by a private party, it is unauthorized but not a bootleg. It features Alice Cooper's infamous chicken-throwing performance at the Toronto Rock and Roll Revival festival at Varsity Stadium in Toronto on September 13, 1969 and showcases the early psychedelic music style of Cooper and his band in support of their very first album release, Pretties for You. 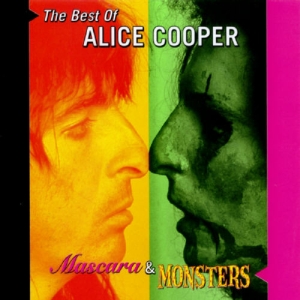 Mascara and Monsters: The Best of Alice Cooper is a compilation album by rock singer, Alice Cooper, released by Warner Archives/Rhino in 2001 in the United States only. Its worldwide companion release is The Definitive Alice Cooper compilation album, which has a slightly different track listing and different packaging, though both compilations feature the same back cover and disc image. The album features material from his solo career and from his tenure with the Alice Cooper band; however, like the 1974 Greatest Hits compilation, material from Pretties for You and Easy Action is not present on Mascara and Monsters.