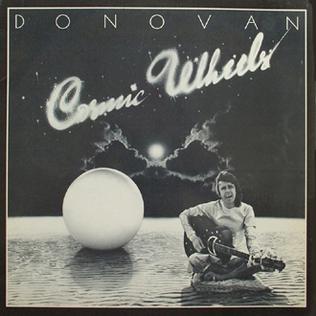 Cosmic Wheels is the tenth studio album, and eleventh album overall, from British singer-songwriter Donovan. It was released in both the UK and the US in March 1973.