"Halo of Flies" is a 1973 single by rock band Alice Cooper taken from their 1971 album Killer . The single was only released in the Netherlands, two years after the song appeared on the album. The song was, according to Cooper's liner notes in the compilation The Definitive Alice Cooper, an attempt by the band to prove that they could perform King Crimson-like progressive rock suites, and was supposedly about a spy organization.

Upon its 1973 single release, the song became a top 10 hit in the Netherlands and also charted in neighboring Belgium. The single release featured the B-side "Under My Wheels", also a song of the Killer album, which had already been released as a single two years prior.

The noise rock band Halo of Flies named themselves after this song. Jello Biafra and The Melvins covered the song on their release Sieg Howdy! , while Haunted Garage covered it for the 1993 Cooper tribute Welcome to Our Nightmare. The song was also used in the VR experience Dreams of Dali.

Noise rock is a noise-oriented style of experimental rock that spun off from punk rock in the 1980s. Drawing on movements such as minimalism, industrial music, and New York hardcore, artists indulge in extreme levels of distortion through the use of electric guitars and, less frequently, electronic instrumentation, either to provide percussive sounds or to contribute to the overall arrangement.

Halo of Flies was an American noise rock band from Minneapolis. Named after an Alice Cooper song from Killer, Halo of Flies was formed in 1986 by Tom Hazelmyer, John Anglim and Tim Mac. Over the next 5 years they released a series of 7 inch singles and mini LPs starting with a limited edition, hand numbered single called “Rubber Room”. These singles were released on Hazelmyer’s label Amphetamine Reptile Records and were later compiled on a CD in 1991. The band partially reformed in 2007 under the name H•O•F, and continued to release new material. 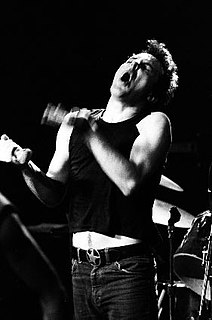 Eric Reed Boucher, better known by his professional name Jello Biafra, is the former lead singer and songwriter for the San Francisco punk rock band Dead Kennedys. He is a musician and spoken word artist.

Neal Smith is an American musician, best known as the drummer for the rock group Alice Cooper from 1967 to 1974. He performed on the group's early albums Pretties for You and Easy Action, the breakout album Love It to Death and the subsequent successful albums Killer, School's Out, and Billion Dollar Babies. His last album with Alice Cooper was Muscle of Love. In 2011, Smith was inducted into the Rock and Roll Hall of Fame, in the "Performer" category, as a member of the original Alice Cooper band. 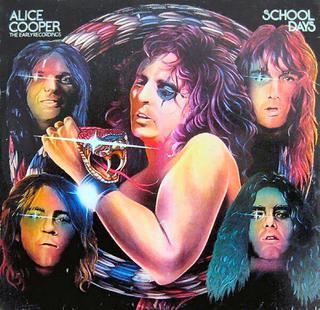