The public library as a tax-supported institution in Faribault dates from 1897, when it was housed in the City Hall building. Mrs. Anna Buckham gave the Thomas Scott Buckham Memorial Library building to the City of Faribault in memory of her husband. The cornerstone was laid in September 1929, and dedication of the building took place on July 20, 1930.

The library's architecture is centralized around Greek themes. This was because Mr. Buckham was an avid reader and scholar of Greek literature. A Greek window made by Charles Jay Connick of Boston and on the facade of the original building. Additionally, a Greek mural depicting scenes from Athens, Sparta, Delphi, and Olympia can be found on the second floor. The mural was painted by Alfred J. Hyslop. [2]

Faribault is a city in, and the county seat of, Rice County, Minnesota, United States. The population was 23,352 at the 2010 census. Faribault is approximately 50 miles (80 km) south of Minneapolis–Saint Paul. 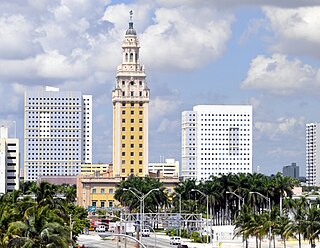 Not to be confused with Freedom Tower (NYC) 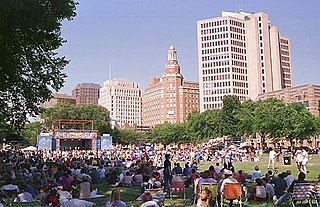 The New Haven Green is a 16-acre (65,000 m2) privately owned park and recreation area located in the downtown district of the city of New Haven, Connecticut. It comprises the central square of the nine-square settlement plan of the original Puritan colonists in New Haven, and was designed and surveyed by colonist John Brockett. Today the Green is bordered by the modern paved roads of College, Chapel, Church, and Elm streets. Temple Street bisects the Green into upper (northwest) and lower (southeast) halves.

The Martin Luther King Jr. Memorial Library (MLKML) is the central facility of the District of Columbia Public Library (DCPL). Ludwig Mies van der Rohe designed the 400,000 square foot steel, brick, and glass structure, and it is a rare example of modern architecture in Washington, D.C. It reopened in 2020 after 3.5 years of renovations.

The Low Memorial Library is located on the Columbia University campus in Morningside Heights, Manhattan, New York City. It was built in 1895 by University President Seth Low as the university's central library. Financed with $1 million of Low's own money due to a lack of funds from alumni, he named it in memory of his father, Abiel Abbot Low. It has housed the central administrative offices of the university following the completion of the Butler Library in 1934, and is the focal point and most prominent building on the university's Morningside Heights campus.

The Saint Paul City Hall and Ramsey County Courthouse, located at 15 Kellogg Boulevard West in Saint Paul, Ramsey County, in the U.S. state of Minnesota is a twenty-story Art Deco skyscraper completed in 1932. Built during the Great Depression era of high unemployment and falling prices, the four million dollar budget for the building was underspent, and the quality of materials and craftsmanship were higher than initially envisioned. The exterior consists of smooth Indiana limestone in the Art Deco style known as "American Perpendicular", designed by Thomas Ellerbe & Company of Saint Paul and Holabird & Root of Chicago and inspired by Finnish architect, Eliel Saarinen. The vertical rows of windows are linked by plain, flat, black spandrels. Above the Fourth Street entrance and flanking the Kellogg Boulevard entrance are relief sculptures carved by Lee Lawrie.

The Alexander Faribault House is a historic house museum in Faribault, Minnesota, United States. Built in 1853, it was the first wood-frame house constructed in Rice County, Minnesota. It was built by fur trader Alexander Faribault in the Greek Revival style. Besides serving as a house, it also served as a civic center, polling place, and a church. The local address of the house is 12 First Avenue, Faribault, MN. The house was listed on the National Register of Historic Places in 1970. 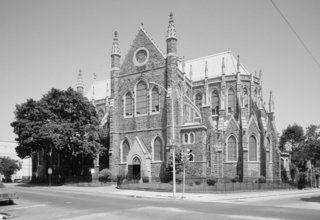 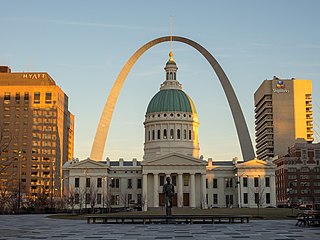 The Old St. Louis County Courthouse was built as a combination federal and state courthouse in St. Louis, Missouri. Missouri's tallest habitable building from 1864 to 1894, it is now part of Gateway Arch National Park and operated by the National Park Service for historical exhibits and events.

Preston City is a village and the original town center of the town of Preston, Connecticut. The core of the village around the junction of Old Northwest Road and Route 164 is designated as the Preston City Historic District, a historic district that is listed on the National Register of Historic Places. The district is located along Old Shetucket and Amos Roads, which, prior to the 1930s, were major thoroughfares. 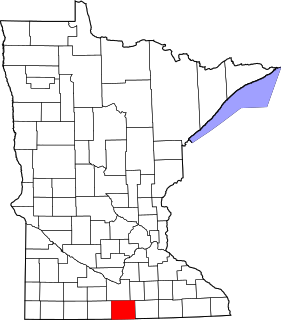 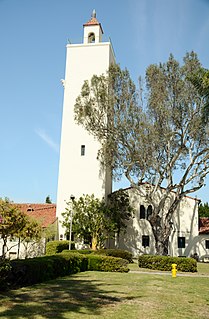 Hardy Memorial Tower at San Diego State University, constructed as a Works Progress Administration project in 1931, is 11 stories tall; it contains the Fletcher Symphonic Carillon, consisting of 204 bells over 6 octaves. Hardy Memorial Tower is part of the original core of the SDSU campus on Montezuma mesa, and was the University's original library.

Roswell P. Flower Memorial Library is an historic library building located in Watertown in Jefferson County, New York. Built in 1903, it was donated to the city by Emma Flower Taylor as a memorial to her father, Watertown's most prominent son, Roswell P. Flower (1835–1899), the 30th Governor of New York. 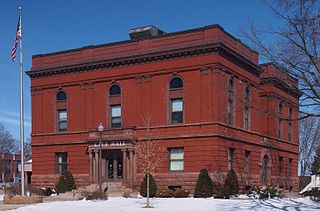 Faribault City Hall is the seat of local government for Faribault, Minnesota, United States, in continual service since its completion in 1897. Originally housing a public library as well, Faribault City Hall was listed on the National Register of Historic Places in 1982 for having local significance in the themes of architecture and politics/government. It was nominated for its associations with Faribault's emergence as a regionally important city in the 1890s and a concurrent wave of civic development statewide, and for its Renaissance Revival architecture.

The University Green Historic District encompasses the central green and surrounding buildings of the main campus of the University of Vermont (UVM) in Burlington, Vermont. The green took shape in 1801, and has been a central element of the campus since then. It is flanked by some of the university's oldest and most architecturally important buildings, and was listed on the National Register of Historic Places in 1975.