Tian Tan Buddha is a large bronze statue of Buddha Shakyamuni, completed in 1993, and located at Ngong Ping, Lantau Island, in Hong Kong. The statue is sited near Po Lin Monastery and symbolises the harmonious relationship between man and nature, people and faith. It is a major centre of Buddhism in Hong Kong, and is also a tourist attraction. [1]

The statue's base is a model of the Altar of Heaven or Earthly Mount of Tian Tan, the Temple of Heaven in Beijing. One of the five large Buddha statues in China, it is enthroned on a lotus on top of a three-platform altar. [2] Surrounding it are six smaller bronze statues known as "The Offering of the Six Devas" that are posed offering flowers, incense, lamp, ointment, fruit, and music to the Buddha. These symbolise the Six Perfections of generosity, morality, patience, zeal, meditation, and wisdom, all of which are necessary for enlightenment.[ citation needed ]

The statue is 34 metres (112 ft) tall, weighs over 250 metric tons (280 short ton s), and was constructed from 202 bronze pieces. In addition to the exterior components, there is a strong steel framework inside to support the heavy load. Reputedly the figure can be seen across the bay from as far away as Macau on a clear day.[ citation needed ] Visitors have to climb 268 steps to reach the Buddha, [2] though the site also features a small winding road for vehicles to accommodate the handicapped. The Buddha's right hand is raised, representing the removal of affliction, while the left rests open on his lap in a gesture of generosity. He faces north, which is unique among the great Buddha statues, as all others face south.[ citation needed ]

There are also three floors beneath the statue: the halls of the Universe, of Benevolent Merit and of Remembrance. One of the most renowned features inside is a relic of Gautama Buddha, [3] consisting of some of his alleged cremated remains. Only visitors who purchase an offering for the Buddha are allowed to see the relic, entering to leave it there. There is a huge carved bell inscribed with images of Buddhas in the show room. It was designed to ring every seven minutes, 108 times a day, symbolising the release of 108 kinds of human vexations.[ citation needed ]

The Big Buddha was constructed beginning in 1990, and was finished on 29 December 1993, which the Chinese reckon as the day of the Buddha's enlightenment. When the statue was completed, monks from around the world were invited to the opening ceremony. Distinguished visitors from mainland China, Hong Kong, Taiwan, India, Japan, Korea, Thailand, Malaysia, Singapore, Sri Lanka, and the United States all took part in the proceedings. [4]

On 18 October 1999, the Hong Kong Post Office issued a definitive issue of landmark stamps, of which the HK$2.50 value depicts The Big Buddha. [5] On 22 May 2012 it was also featured on the HK$3 value of the Five Festival set, this one celebrating the birth of Sakyamuni Buddha. The MTR corporation has also issued a souvenir ticket featuring a photograph of the statue.[ citation needed ]

Po Lin Monastery and the Buddha are open to the public between 10:00 and 17:30. Access to the outside of the Buddha is free of charge, but there is an admission fee to go inside the Buddha.

Visitors can reach the site by bus or taxi, travelling first to Mui Wo (also known as "Silvermine Bay") via ferry from the Outlying Islands piers in Central (pier No. 6) or to Tung Chung station via the MTR, or cable car. Visitors may then travel to and from the Buddha via the following bus routes: 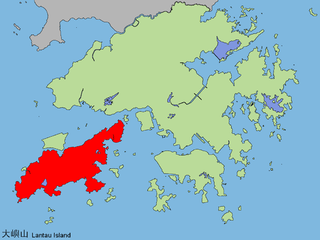 Lantau Island is the largest island in Hong Kong, located at the mouth of the Pearl River. Administratively, most of Lantau Island is part of the Islands District of Hong Kong. A small northeastern portion of the island is located in the Tsuen Wan District. 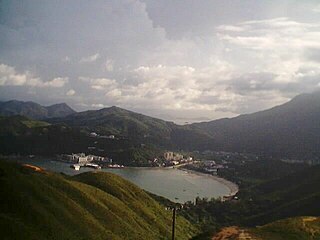 Mui Wo is a rural town on the eastern coast of Lantau Island in Hong Kong. The 2011 Census recorded 5,485 people living in Mui Wo and its environs. 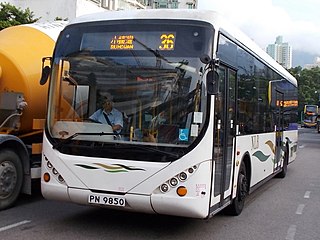 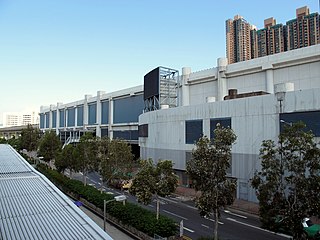 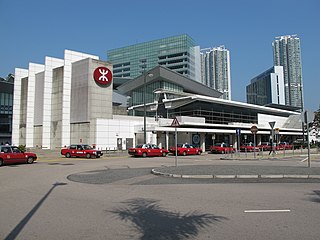 Tung Chung is a station on the Tung Chung Line of the MTR rapid transport system in Hong Kong. As the western end of the Tung Chung Line, it is also a transfer point of those wishing to use the Ngong Ping Cable Car. As with all other MTR stations, Tung Chung has a unique colour scheme used throughout the station, in this case lavender. 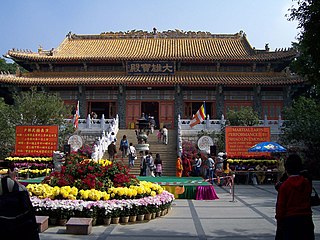 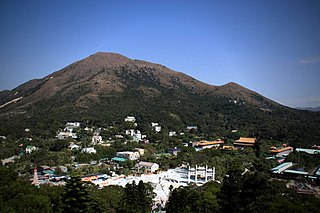 Ngong Ping is a highland in the western part of Lantau Island, Hong Kong. It hosts Po Lin Monastery and Tian Tan Buddha amidst the hills which is about 34 m tall. There are several hills nearby which are also an attraction to tourists. It is now the terminus of the cable car ride Ngong Ping 360 which travels to Tung Chung. New facilities and tourist attractions have opened including the Ngong Ping Village, Walking with the Buddha, the Monkey's Tale Theatre and Ngong Ping Tea House. A youth hostel is located near the monastery. The second highest peak of Hong Kong, Lantau Peak, is at its southeast.

Nei Lak Shan is the sixth highest hill in Hong Kong. With a height of 751 m (2,464 ft) on Lantau Island, it is situated immediately north of Ngong Ping where the Buddhist Po Lin Monastery is located. Nei Lak, or prescriptively Mei Lak is a Cantonese language translation of Maitreya, the future Buddha, in Buddhism.

Several future projects on the MTR have been put forward by the MTR Corporation to the Hong Kong Government, with some already under construction.

Tong Fuk is a village and an area on Lantau Island in Hong Kong. It is a popular place for holiday recreation. Tong Fuk Beach in a bay to the south of the village is a local attraction, where visitors rent village houses for leisure.

Buddhism is a major religion in Hong Kong and has been greatly influential in the traditional culture of its populace. Among the most prominent Buddhist temples in the city there are the Chi Lin Nunnery in Diamond Hill, built in the Tang Dynasty's architectural style; the Po Lin Monastery on Lantau Island, famous for the outdoor bronze statue, Tian Tan Buddha, which attracts a large number of visitors during the weekends and holidays.

Great Buddha, Big Buddha, or Giant Buddha may refer to:

YMCA of Hong Kong Christian College (YHKCC) was established in September 2003. It is the first directly subsidized international secondary school sponsored by YMCA since its establishment in 1901. It is located at 2 Chung Yat Street, Tung Chung, Hong Kong.