Last updated March 14, 2021
Not to be confused with Slovene March (Kingdom of Hungary).

The Windic March (German : Windische Mark; also known as Wendish March) was a medieval frontier march of the Holy Roman Empire, roughly corresponding to the Lower Carniola (Slovene : Dolenjska) region in present-day Slovenia. In Slovenian historiography, it is known as the Slovene March (Slovene : Slovenska marka or Slovenska krajina).

The name Windic is derived from Wends (German : Wenden), the name for Western Slavs settling in the Germania Slavica contact zone. The medieval German term Windisch referred to the Slovene language, but also to Slavic languages in general. It has the same etymology as Wendische, the historic German term for the Sorbian-speaking population in Lusatia. In the 6th and 7th century the term was used by Bavarian settlers to refer to the Slavic population in the East Alpine principality of Carantania. The medieval geographic term windisches Land referred also to the region of Slavonia. [1] In this usage, March is defined as a frontier or border area between two countries or territories.

The territory of the Windic march was contained within the larger March of Carniola in Carolingian times, but under King Otto I of Germany from about 960 on it was separated from Upper Carniola (Gorenjska) and integrated into the March of Savinja (or Soune). In 976 it was attached to the newly founded Duchy of Carinthia.

After Margrave William of Soune had been killed by the deposed Carinthian duke Adalbero in 1036, the Windic march was separated from Carinthia and reattached to the newly established March of Carniola, which was thereafter sometimes called "Carniola and the Windic March". In 1077 King Henry IV of Germany put Carniola and the Windic March under the direction of the Patriarch of Aquileia. From 1127 to 1131 the margravial territory was further expanded in several campaigns by the Counts of Weichselburg (or Weichselberg, modern Višnja Gora) against Croatia in the union with Hungary. Backed by the Archbishop of Salzburg, they conquered the territory around Metlika up to the Kolpa River in the southeast, the later White Carniola (Bela krajina) region.

Until 1209 the Counts of Weichselburg held extended possessions in the Windic March. Through a marriage to the last heiress Sophia of Weichselburg, the Counts of Andechs, then at the peak of their power as Margraves of Istria and Dukes of Merania came to dominate the territory. It was part of the dowry of Agnes of Merania, daughter of Duke Otto I of Andechs-Merania, upon her marriage with the Frederick II of Babenberg, son of Duke Leopold VI of Austria, in 1229. Frederick II thereafter called himself a dominus Carniole (Lord of Carniola) and succeeded his father as Duke of Austria and Styria in the following year.

In 1248 the title was picked up by Duke Ulrich III of Carinthia, who had married Agnes of Merania after Frederick's death in 1246. When Duke Ulrich died in 1269, King Ottokar II of Bohemia occupied and unified Carniola, the Windic March, the valley of the Savinja, and the Slovenj Gradec as "the march" of his vast kingdom extending from the Baltic Sea to the Adriatic. After 1282, despite King Rudolf I's grant to his sons, Carniola and the Windic march were united under the control of the Meinhardiner duke Meinhard of Carinthia. During this period, the entity became known as the County in the March and Möttlig (Metlika). After 1374, the Windic March fell to the House of Habsburg. The Habsburgs however soon pawned it to the Counts of Cilli who remained the de facto rulers of the territory until their extinction in 1456. The Habsburgs retook the Windic March together with all other Cilli possessions in the Holy Roman Empire. They immediately reunited it with Carniola, and the Windic March thus ceased to be a separate political entity.

The head of the House of Habsburg continued carrying the title of "Lord on the Windic March" in the grand title of the Emperor of Austria. 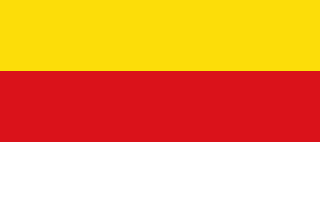 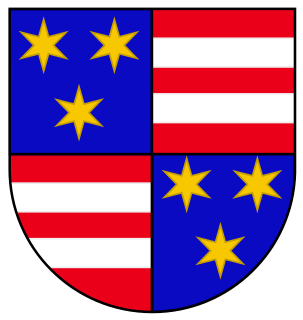 The Counts of Celje or the Counts of Cilli were the most influential late medieval noble dynasty on the territory of present-day Slovenia. Risen as vassals of the Habsburg dukes of Styria in the early 14th century, they ruled the County of Cilli as immediate counts (Reichsgrafen) from 1341 and rose to Princes of the Holy Roman Empire in 1436. 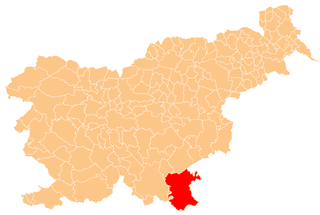 White Carniola is a traditional region in southeastern Slovenia on the border with Croatia. Due to its smallness, it is often considered a subunit of the broader Lower Carniola region, although with distinctive cultural, linguistic, and historical features. 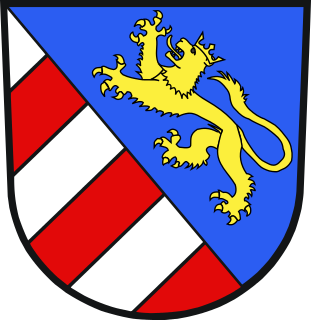 The Counts of Gorizia, also known as the Meinhardiner, were a comital and ducal dynasty in the Holy Roman Empire. Named after Gorizia Castle in Gorizia, they were originally "advocates" (Vogts) in the Patriarchate of Aquileia who ruled the County of Gorizia (Görz) from the early 12th century until the year 1500. Staunch supporters of the Emperors against the papacy, they reached the height of their power in the aftermath of the battle of Marchfeld between the 1280s and 1310s, when they controlled most of contemporary Slovenia, western and south-western Austria and north-eastern Italy. After 1335, they began a steady decline until their territories shrunk back to the original County of Gorizia by the mid 1370s. Their remaining lands were inherited by the Habsburg ruler Maximilian I.

Berthold IV, a member of the House of Andechs, was Margrave of Istria and Carniola. By about 1180/82 he assumed the title of Duke of Merania, referring to the Adriatic seacoast of Kvarner which his ancestors had conquered in the 1060s and annexed to Istria and Carniola. 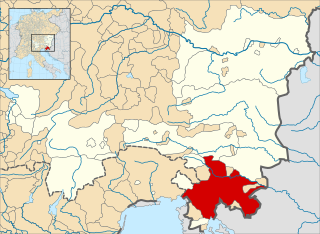 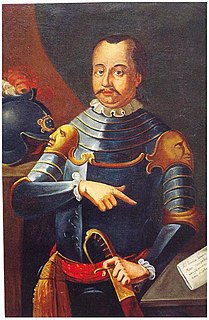 Ulrich II, or Ulrich of Celje, was the last Princely Count of Celje. At the time of his death, he was captain general and de facto regent of Hungary, ban (governor) of Slavonia, Croatia and Dalmatia and feudal lord of vast areas in present-day Slovenia, Croatia, Bosnia, Austria, and Slovakia. He was also a claimant to the Bosnian throne. This accumulation of power prompted his assassination by the hands of the Hunyadi clan which plunged Hungary into civil unrest that was resolved a year later by the sudden death of king Ladislas the Posthumous and the election of Matthias Corvinus, Ulrich's son-in-law, as king. Ulrich's possessions in the Holy Roman Empire were inherited by the Habsburg Emperor Frederick III, while his possessions in Hungary were reverted to the crown. 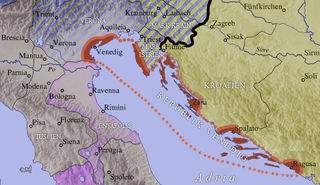 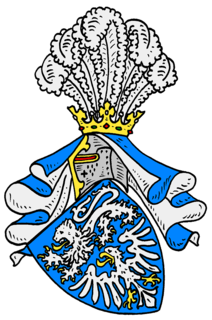 The House of Andechs was a feudal line of German princes in the 12th and 13th century. The Counts of Dießen-Andechs obtained territories in northern Dalmatia on the Adriatic seacoast, where they became Margraves of Istria and ultimately dukes of a short-lived imperial state named Merania from 1180 to 1248. They were also self-styled lords of Carniola.

Agnes of Merania was a member of the House of Andechs and an Austrian royal consort. By her two marriages, she was Duchess of Austria from 1230 until 1243 and Duchess of Carinthia from 1256 until her death.

Henry II, Margrave of Istria, born c.1175 and died 18 July 1228 in Slovenj Gradec (Windischgraz), was a noble from the House of Andechs who ruled the March of Istria and Carniola from 1204 to 1228. He inherited the County of Stein, and expanded his domains to the Windic March through marriage. He died childless, and his vast possessions were eventually inherited by his niece Agnes of Merania.

The Mark an der Sann was a border march of the Holy Roman Empire, in the territory of present-day Slovenia. It was established in the second half of the 10th century to protect the Empire against its enemies to the east, especially from Hungarian raids. 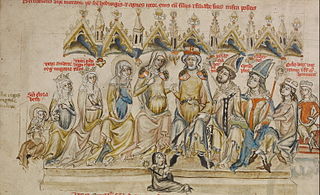 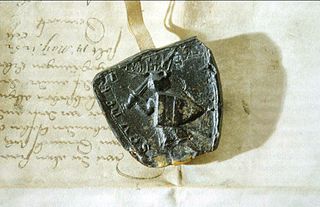 Ulrich of Sanneck, Lord of Žovnek, was a free noble in the March of Savinja in what was then the Holy Roman Empire and is now in Slovenia. During the struggle between Henry, Duke of Carinthia and the Habsburg rulers of Austria and Styria, he sided with the latter. By accepting the Habsburgs as his liege lords, he was instrumental in transferring the lordship over the Savinja region from the Meinhardiner-dominated Carniola to Habsburg Styria. His second marriage with the noblewoman Catherine of Heunburg would enable their son to claim the Heunburg inheritance in Carinthia and in the Savinja Valley, including the strategically important Celje Castle. This union of the Sanneck (Žovnek) and Heunburg (Vovbre) noble houses would give birth to the House of Celje.