Education in Slovenia from primary to secondary schooling is regulated by the National Education Institute of the Republic of Slovenia (ZRSŠ), whose scope includes education programmes, delivery and development.

Children first enter primary schooling at the age of 4 if born after 1 September and the age of 5 if born before and finish at the age of 14 or 15. Each group of children born in the same year forms one grade or class in primary school which lasts until the end of primary school. Each grade or year is divided into two terms. Once or twice per term, children have holidays: autumn, Christmas, winter and May first holidays; each holiday is approximately one week long. At summer time, school ends on 24 June, The school holidays are Summer (2 months), Autumn holidays, Christmas and New years holidays, and First May holidays. While National Days are also school free. The next school year starts on 1 September.

Children begin their schooling with the First period. From the first to the fifth grade children stay in one classroom, have one class or form and one teacher. In some schools, sports, art and music are taught by separate teachers or are supervised by an appropriate teacher. In the beginning of the first year a supervisory teacher helps the master teacher lead the younger students into the new system. Students start with reading, writing and counting. Children are taught their native language (Slovenian, Hungarian or Italian, depending on the area of their schooling), mathematics, natural and sociological sciences, music, physical education and art. In the first grade they begin to learn their first foreign language, which is usually English. Until the fourth grade, children receive descriptive marks, and thereafter examinations are marked with number grades.

The Second period of primary schooling begins with the sixth grade when children are assigned to new teachers. A master teacher teaches one or two subjects, all others are taught by other specialized teachers. The main subjects are math, native language, one foreign language, PE, music, geography, history and art. Later in this period, physics, chemistry, biology and craft are added to the curriculum. In the seventh grade they must choose at least two hours of elective subjects, and may choose a non-compulsory third hour. With around forty to choose from, the subjects offered include foreign languages, astronomy, fine art and computer science etc.

The grades are the same as in other countries that belonged to Yugoslavia before 1991. In primary school marks start with 1 (insufficient) and is the only failure mark. The second one is 2 (sufficient), the next is 3 (good), then 4 (very good) and the best is 5 (excellent).

National Education Institute of the Republic of Slovenia

The National Education Institute of the Republic of Slovenia (Zavod Republike Slovenije za Šolstvo - ZRSŠ) is the main public organisation in Slovenia which encourages development in the field of education in Slovenia up to pre-university – covering all kindergartens, elementary schools, secondary schools, music schools, and student boarding schools. 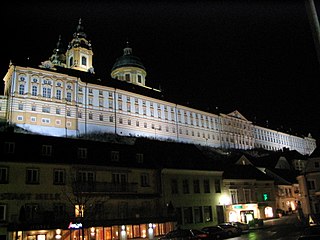 A gymnasium is a type of school with a strong emphasis on academic learning, and providing advanced secondary education in some parts of Europe comparable to British grammar schools, sixth form colleges and US preparatory high schools. In its current meaning, it usually refers to secondary schools focused on preparing students to enter a university for advanced academic study. Before the 20th century, the system of gymnasiums was a widespread feature of educational systems throughout many countries of central, north, eastern, and southern Europe. 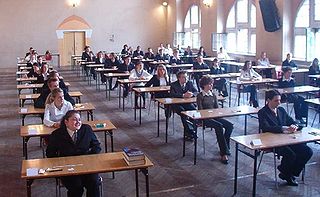 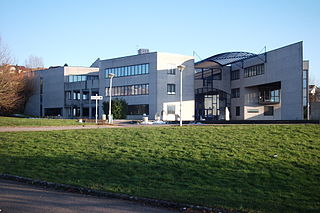 In France, secondary education is in two stages:

Education in Slovakia consists of a free education system based on 10 years of compulsory school attendance.

Seventh grade, equivalent to Year 8 in England and Wales, and S1 in Scotland, is a year or level of education in many nations around the world. The seventh grade is the eighth school year and comes after 6th grade or elementary school. Students are around 12–13 years old in this stage.

Education in Poland is compulsory and starts at the age of six from the mandatory kindergarten. At the age of seven, children start the first grade of primary school lasting for eight years and finish with an exam.

Education in Romania is based on a free-tuition, egalitarian system. Access to free education is guaranteed by Article 32 in the Constitution of Romania. Education is regulated and enforced by the Ministry of National Education. Each step has its own form of organization and is subject to different laws and directives. Since the downfall of the communist regime, the Romanian educational system has been through several reforms.

Education in Serbia is divided into preschool (predškolsko), primary school, secondary school and higher education levels. It is regulated by the Ministry of Education and Science of Republic of Serbia.

Education in Jamaica is primarily modeled on the British education system.

In the curriculum of the Waldorf schools, much of the education in academic subjects takes place in blocks, generally of 3–5 weeks duration. Each pupil generally writes and illustrates a self-created textbook representing the material learned in the block. These blocks are supported by on-going classes in subjects such as music, art and crafts, and foreign languages that continue throughout the year.

Education in Croatia is a right defended by Article 66 of the Constitution which states that everyone is entitled to free compulsory education under equal conditions and in accordance with their aptitudes. Education is mandatory for children aged 6 to 14.