Athagad (also spelt as Athgarh) is a town"(N.A.C)" and a sub-division of Cuttack district in the state of Odisha, India.

During the British Raj, Athagad was the capital of the Athgarh State, one of the princely states of the Eastern States Agency. [2] The Rajguru of Athgarh lived near Gada (rani mahal).

Some large and medium scale industries have established their base in the area. Some of them are

Current MLA from Athgarh Assembly Constituency is Ranendra Pratap Swain, who won the seat in State elections of 2004 and also in 2000 representing BJD and as a JD candidate in 1995 and 1990. Other previous MLAs from this seat were Janaki Ballabh Patnaik of INC who won this seat in 1985, Rasananda Sahoo of INC(I) in 1980, and Rasmanjari Devi of JNP in 1977. [4]

Sundergarh is a town in Sundergarh district of the Indian state of Odisha. As of 2011 census, the municipality had a population of 45,036. Sundargarh is recognized as an industrial district in the map of Odisha. Steel plant, fertilizer plant, cement factory, ferrovanadium plant, machine-building factory, glass and china clay factory, and Spinning mills are some of the major industries of this district. Sundargarh occupies a prominent position in the mineral map of Odisha and is rich in iron ore, limestone, and manganese.

Chatrapur is a town and a Municipality in Ganjam district in the state of Odisha, India. It is the district headquarters town of Ganjam district. Chhatrapur is a Tehsil / Block (CD) in the Ganjam District of Odisha. According to Census 2011 information the sub-district code of Chhatrapur block is 03085. Total area of Chhatrapur is 124 km2 (48 sq mi) including 119.92 km2 (46.30 sq mi) rural area and 4.40 km2 (1.70 sq mi) urban area. Chhatrapur has a population of 94,683 people. There are 20,415 houses in the sub-district. There are about 46 villages in Chhatrapur block

Khordha is a city and a municipality area in Khordha district in the Indian state of Odisha. Bhubaneswar, capital of Odisha, belongs to Khordha district and is only 25 km from Khordha town. Odisha State Highway 1 and National Highway 16 runs via this town.

Choudwar is a city and a municipality in Cuttack district of India in administered state Odisha. It comes under Bhubaneswar-Cuttack Comminsiorate. 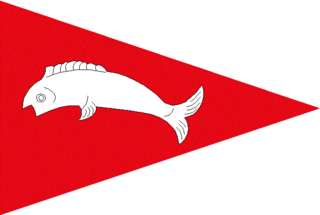 Dhenkanal State was one of the princely states of India during the period of the British Raj. The state is now referred to as Dhenkanal district, Odisha, with Dhenkanal town as its district headquarters.

Banki is a town and a Subdivision, Legislative Council constituency no. 88 and Notified Area Council in Cuttack district in the state of Odisha, India. Banki is famous for the Charchika Temple, dedicated to the deity of Chamunda, the eight armed goddess and incarnation of Durga. Current MLA Devi Ranjan Tripathy

Byasanagar or Vyasanagar is a town and a municipality in Jajapur district in the state of Odisha, India. Colloquially it is also called Jajpur Road. It is home to an industrial belt and hosts several steel companies including Neelachal Ispat Nigam Limited, MESCO, Tata Steel, Jindal Steel etc. According to district officials there are around 14 major companies and several small companies in the vicinity. The city is also home to some eminent people in Odisha, including P. C. Ghadei, Late Ashok Das, Ram Chandra Khuntia (Congress) Priti Ranjan Ghadei (MLA), actor Akash Dasnayak, and his actress aunt the veteran Ms. Anita Dash, actress Naina Das, political leader Giridhari Barik (BJD). its come under the Korei vidhan shabha

Kabisuryanagar is a town and a NAC in Ganjam district in the Indian state of Odisha.

Khandapada is a town and a notified area committee in Nayagarh district in the Indian state of Odisha. It is located in the valley of nine mountains.

Nilagiri is a town and a Notified Area Council in Balasore district in the Indian state of Odisha.

Surada is a town and a Notified Area Council in Ganjam district in the Indian state of Odisha. Surada is also the headquarter of Surada Block of which area is about 2663.89 km2. Surada Block consists of 25 Gram Panchayats with 364 villages and Surada (N.A.C.) as an urban administration. It is located on the bank of Rushikulya.

Talcher also named as City of Black Diamond or Coal City of Odisha is one of the fastest growing industrial and coal hubs in the state. Because of its huge coal reserves, the city has been ranked among the highest in terms of GDP in Odisha. It is also one of the 4 sub-divisions of Angul district in the Indian state of Odisha. Situated on the right bank of the river Brahmani, it is one of the fastest growing industrial and mining complexes of the country. The city is surrounded by the coalfields under MCL and has three Mega Power plants like NTPC, TTPS. Jindal power plant

Salepur is a town in the district of Cuttack, and the headquarters of the Salipur block. It is situated near the bank of river Chitrotpala, 25 km from the city of Cuttack and 55 km from the state capital Bhubaneswar.

Athgarh (ଆଠଗଡ) was one of the princely states of India during the period of the British Raj. The state was founded by Sri Karan Niladri Bebarta Patnaik of the Karan caste in 1178 and had its capital in Athgarh (Athagad) town. Its last ruler signed the accession to the Indian Union on 1 January 1950. It was made part of Cuttack district of Orissa in 1949.

Athagarh is a Vidhan Sabha constituency of Cuttack district, Odisha.

Banki is a Vidhan Sabha constituency of Cuttack district, Odisha.

Salepur-Tangi is a Vidhan Sabha constituency of Cuttack district, Odisha.